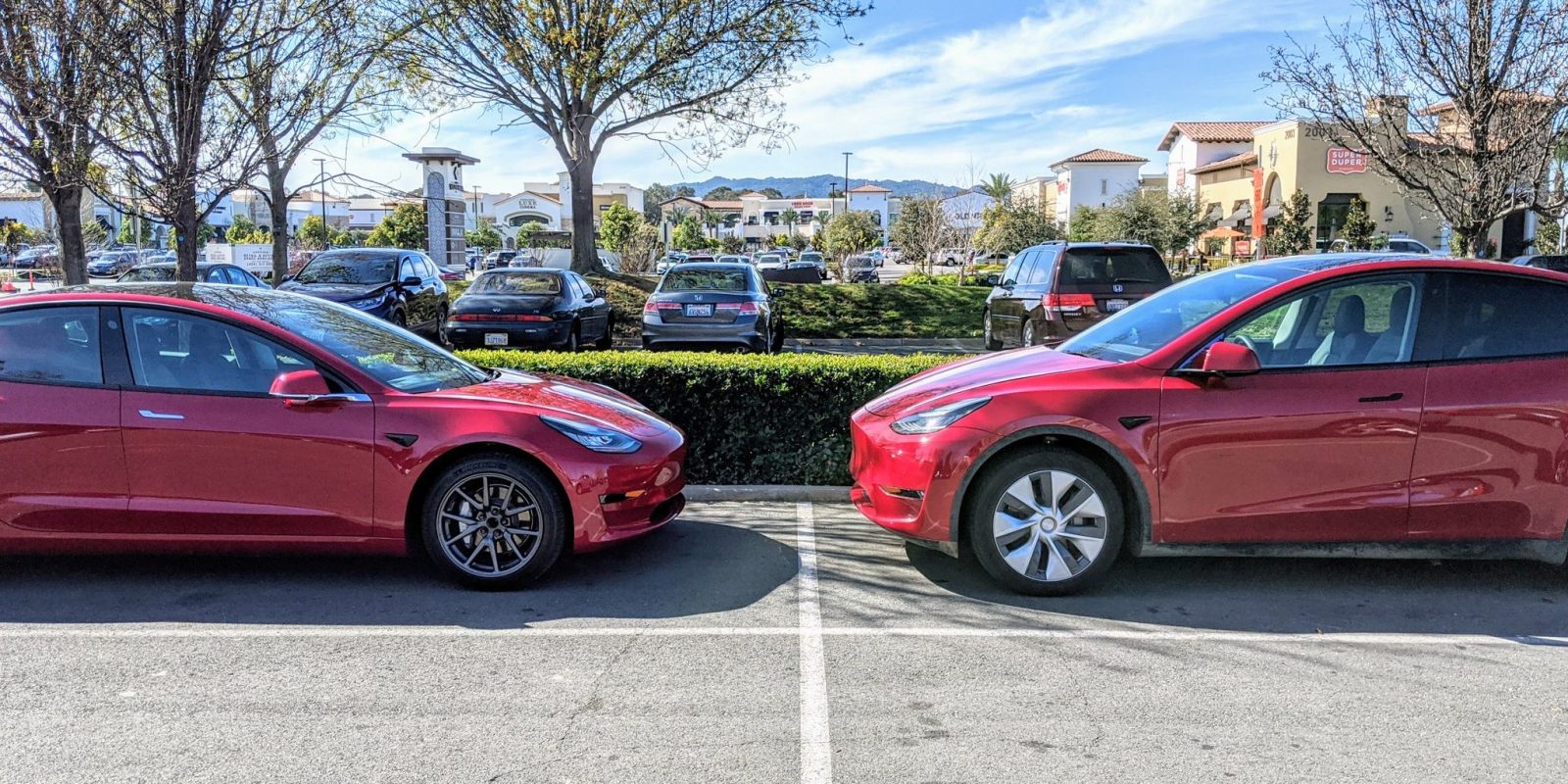 The Tesla Model Y starts shipping next month, but much still isn’t known. Tesla hasn’t released size specs yet, so we’re left with estimates based on dashcam video, product photos, or supercharger parking.

Now we have another estimate based on a more even perspective that seems to show some new information about ride and seating height. It shows that the Model Y should ride higher and be much easier to get into than the Model 3.

Tesla originally stated that the Model Y would be very similar to the Model 3, but about 10% bigger in size, price, and energy use. When they revealed it, that’s about what we got.

But as it’s come closer to production, it has become apparent that the Model Y is more different from the Model 3 than we expected, particularly in terms of ride and seating height, which is big for a lot of people.

A lot of the former photos we’ve seen have the issue of imperfect perspective, which can distort measurements. Even the product photos could have been taken at different distances or with different lenses, causing an inaccurate comparison.

This new photo is no different — once again it’s not a substitute for perfect measurements. But it’s getting closer, with a much more even perspective, placed between the two cars instead of at a strange angle like many we’ve seen before.

The photo was posted to twitter by @JSTesla and the analysis was done and sent to us by reader Bob Silvern:

Silvern modified the photo slightly, straightening it to put the Y and 3 on the same horizontal line. It also looks like the Model Y might be very slightly closer to the camera than the 3, which could affect the results.  Photo resolution, shadows, lens distortion, etc. could introduce inaccuracies as well.

So these numbers shouldn’t be considered precise down to the millimeter level, but it’s still a good reference.  Here’s what Silvern found, down to the tenths of an inch (though we’ll round those off when we discuss these results below, since we can’t be that precise from this photo):

The axles are a bit more than a half-inch higher, which suggests a wheel + tire diameter increase of a little more than an inch. This is consistent with the wheel size differences between the 18″ Model 3 wheels and 19″ Model Y wheels in the photo, though the Model Y might have a larger tire sidewall as well.

And it looks like the Model Y will have an inch or an inch and a half more ground clearance than the 3. It’s not going to be a purpose-built, off-road machine, but this should help in difficult or light off-road conditions like snow and dirt roads. Tesla has been spotted testing the Model Y in snowstorm conditions.

Finally, the photo looks like the back of the driver’s seat in the Model Y is about 8 inches higher, but that’s also a function of how the respective drivers have adjusted their seats, so isn’t particularly useful for the analysis.

My dad loves his Model S, but he bumps his head when he gets into it, and would rather not have to get down so low to get in and out of the car. This is the one thing he dislikes about it. It looks like Tesla might have a trade-in coming when the Y comes out, since this much higher seating height should be great for him.

This latter reasoning, “I like to sit up high,” is one of the common reasons that people buy SUVs. But SUVs are less fuel efficient, which has been bad for drivers’ wallets and everyone’s lungs. Luckily, the Model Y now has a higher seating position, which should satisfy that desire, and is also the most fuel-efficient SUV ever made.

Personally, as a Roadster driver, I like a small car and I like the feeling of sitting low to the road. So different strokes for different folks, but it’s great that there’s now a Tesla for the tall-car people out there who don’t want something quite as large or expensive as the Model X.