Tesla Model Y spotted driving side by side with Model 3, other cars in best size comparison yet 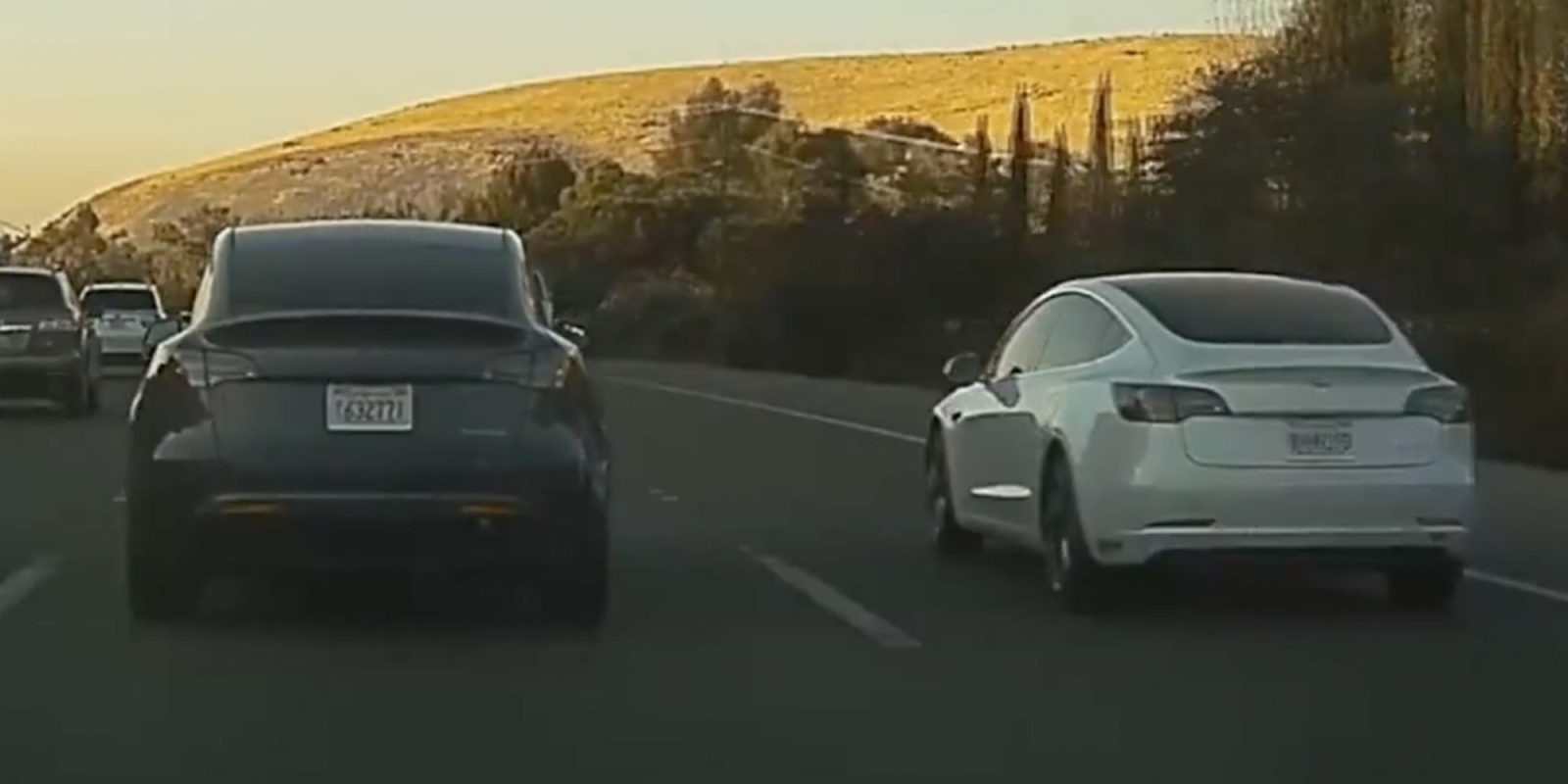 With the Tesla Model Y slated to hit the road next summer, we’re getting more and more sightings of prototypes out and about.  Most of these sightings are around Tesla’s Palo Alto, California, headquarters, though we’ve seen the car as far away as Washington State and Michigan.

Thanks to Tesla’s dashcam feature, we’ve now got a three-minute-long video of the Model Y driving in San Jose. Better yet, for much of the drive it’s side by side with a Model 3, demonstrating an excellent comparison between the two vehicles.

Teslas driving on roads in San Jose is not an uncommon occurrence. The San Francisco Bay Area has one of the highest rates of Tesla ownership in the world. As mentioned in our first dashcam Model Y spotting post, now that Tesla’s dashcam software is out, there are a lot of constantly running video cameras driving around the Bay Area ready to capture new sightings of prototypes.

So we were bound to see a Tesla prototype, driving next to a current Tesla vehicle, and being recorded by a Tesla, sooner or later.

Today’s video comes courtesy of kenken380, who recorded it on October 25 on the 101 North in San Jose:

The Model Y in question seems to be the Midnight Silver prototype with new “Power Sports” wheels, which we’ve seen on the road before.

Though we’ve seen this prototype before, and have some good still photos of it, we haven’t seen it driving next to a Model 3.  We’ve seen them parked side by side with the Model Y hatch open, but in this running video, there’s a better comparison between the two cars’ sizes on the road.

Even better, the Model Y passes by several other cars, including a BMW X5, a Mazda SUV, several sedans, a Ford truck, and a Jeep Patriot.  Here’s a library of screenshots showing several of these comparisons at moments where the cars were roughly next to each other:

This is the best comparison we’ve gotten yet of the car with other vehicles, and the Model Y looks surprisingly taller than it has in previous spottings.

Due to camera perspective and varied road height, we can’t get a precise measurement on exactly what size the Model Y is, but compared to these other cars it seems to be significantly taller than the Model 3 and slightly shorter than the BMW and Mazda.  It’s hard to compare it to the Jeep, since the road is on a sloping turn at the moment the two pass each other, making the Model Y look taller.

While the Model Y is expected to be similar in size to the Model 3, and built on the same platform with a similar starting price, these photos suggest that it will be quite a bit taller. This should be good news for people who want a bigger vehicle, similar to the Model 3 but not quite as massive (or expensive) as the Model X.

The Model Y was unveiled in March and was originally planned to ship next fall. After Tesla’s stellar Q3 results, the company announced they were pushing forward production and planning to get the car on the road by summer 2020.

Given all the sightings we’ve seen of the Model Y testing on the road recently, this does seem like a realistic goal.

In the months before the Model 3 came out, it was spotted quite often driving around the Bay Area, starting about a year ahead of production. If the Model Y is on a similar schedule, it should hit the road in summer/fall 2020.

However, for the first six months or so, there were very few Model 3s being shipped, largely to Tesla employees. The first external customer deliveries started just before the end of the year, which is when we got ours.

What do you think about this new Model Y sighting?  Does it look about the size you expected?  Are you more or less likely to consider it at this bigger apparent size?  Let us know in the comments below.