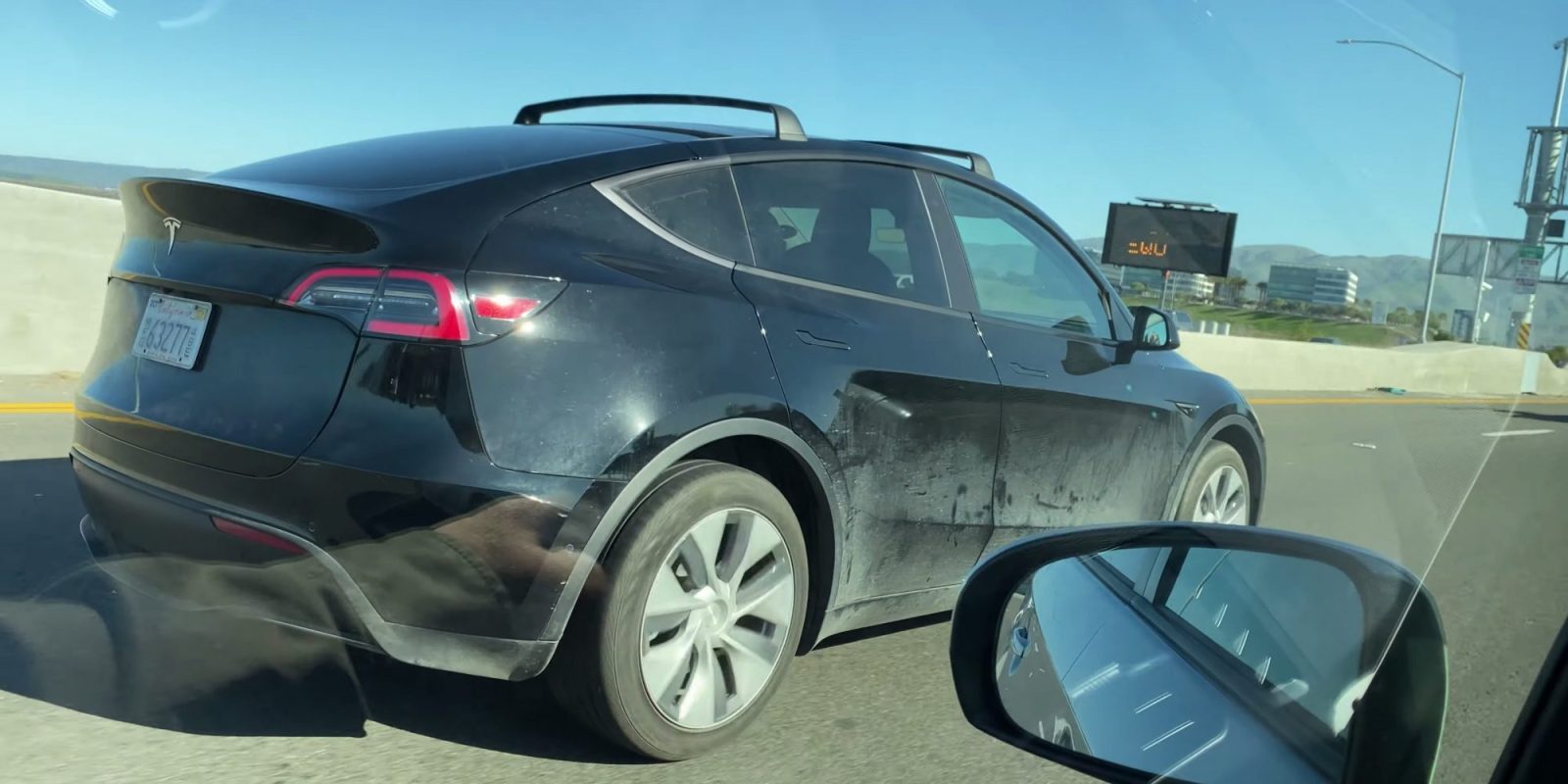 The launch of the Model Y is imminent, but there’s still a lot we don’t know about the car. We’re still trying to figure out just how big it is, and we’ve got little information on what options will be available.

One of those questions is around additional storage space for hauling large items, like roof racks and tow hitches. We’ve seen a Model Y with a tow hitch, and now it looks like Tesla has a Model Y prototype driving around the Bay Area with a roof rack as well.

It was driving on the 237 in Sunnyvale, California, which is on the south end of the San Francisco Bay. This road is the primary route one would take when driving between Tesla’s headquarters in Palo Alto and Tesla’s factory in Fremont.

In the video we can see the Model Y traveling at freeway speeds, with the new Gemini wheels that will come standard on the Model Y. It also has the “chrome delete,” with non-chromed door handles and window trim, which is a popular aftermarket mod for Teslas and will be another standard feature of the Model Y. And it looks a bit dirty, but not as dirty as some other Model Y testers we’ve seen.

But the new add-on, which we haven’t seen before, is that roof rack.

Tesla does sell a roof rack for the Model 3, and given the Model Y shares much of the Model 3’s platform, it was only a matter of time before the add-on got ported over to the new vehicle. It has a load rating of 150 lbs, so can be used for bikes, skis, or even a small cargo attachment.

While a roof rack doesn’t show up as an option in the Model Y configurator, it’s likely that the Model Y roof rack will show up in Tesla’s store after the car’s release. Tesla is obviously already thinking about this, given that they’re testing it on one of their prototypes, so hopefully there’s not a long wait after the car hits the road in March.

The Model X, Tesla’s other SUV, can’t use a roof rack due to its unique falcon wing doors. It does have an optional tow hitch rack attachment, however.

Presumably the Model Y will end up having access to some sort of tow hitch rack, since it has been spotted with a tow hitch as well. We don’t know if the Model Y will have a standard or optional tow hitch yet, but this prototype doesn’t look like it has a tow hitch installed. So either it’s not standard, or we’re seeing various stages of prototyping, and we aren’t sure which will be the final form yet.

The Model 3 did get a tow hitch eventually, but it’s only available in Europe. Its towing capacity is 2,000 lbs (910kg), and we’d expect the Model Y to be somewhere in that same ballpark — more for small trailers or bike rack attachments rather than big towing jobs.

These options have been popular requests from Tesla owners, so it’s good to see the Model Y getting them. The Model Y promises to be a pretty flexible vehicle in a popular segment, and giving owners more cargo options is helpful. Between a roof rack, tow hitch, and a deeper frunk, there should be a bit more flexibility than the already-impressive Model 3.

This should also help the future 7-seat Model Y configuration. We’ve seen pictures of the Model Y third-row seats and they’re not large, so the more cargo capacity available outside the car, the easier it will be to move a lot of people and their stuff at the same time.