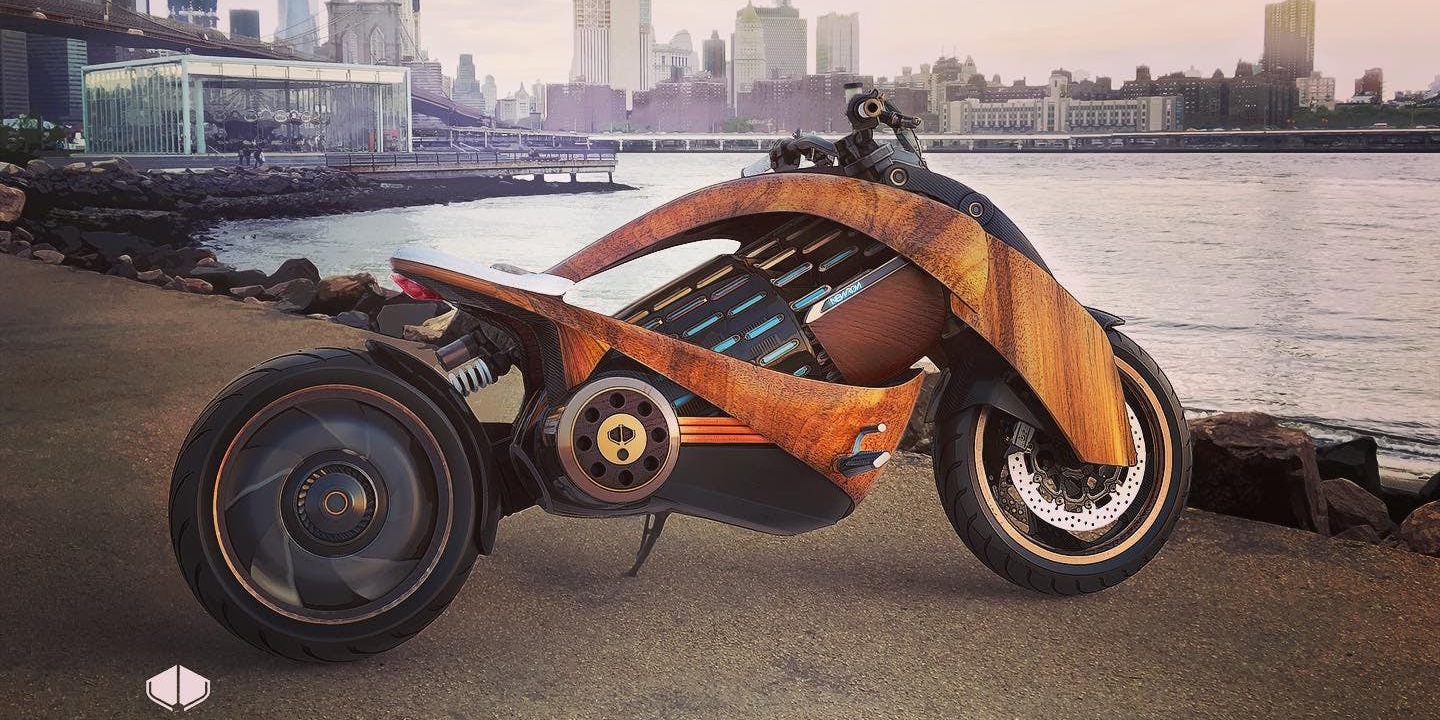 Last year we ogled the Newron EV-1 electric motorcycle upon its debut, but questioned whether it would ever make it to market. As of today though, the company has ended speculation by opening pre-orders for the highly unique, wooden-bodied electric motorcycle.

The French-designed Newron EV-1 is perhaps one of the most eye-catching electric motorcycle designs we’ve come across over the last few years.

It’s a prime example of the freedom designers have when released from the constraints of conventional gasoline-powered engines and gravity-fed fuel tanks.

The Newron EV-1 electric motorcycle is built around a barrel-shaped battery pack. LED lights are mounted around the cylindrical battery and appear to be color-changing based on different images supplied by the company.

The battery pack is clearly visible on the Newron thanks to another striking design consideration: the beautiful, open wooden body panels. The curved wood panels create a sort of skeleton effect, accentuating the naked cruiser design with natural accents.

The wood even continues down onto the girder fork, which is another design becoming popular among electric motorcycles lately. 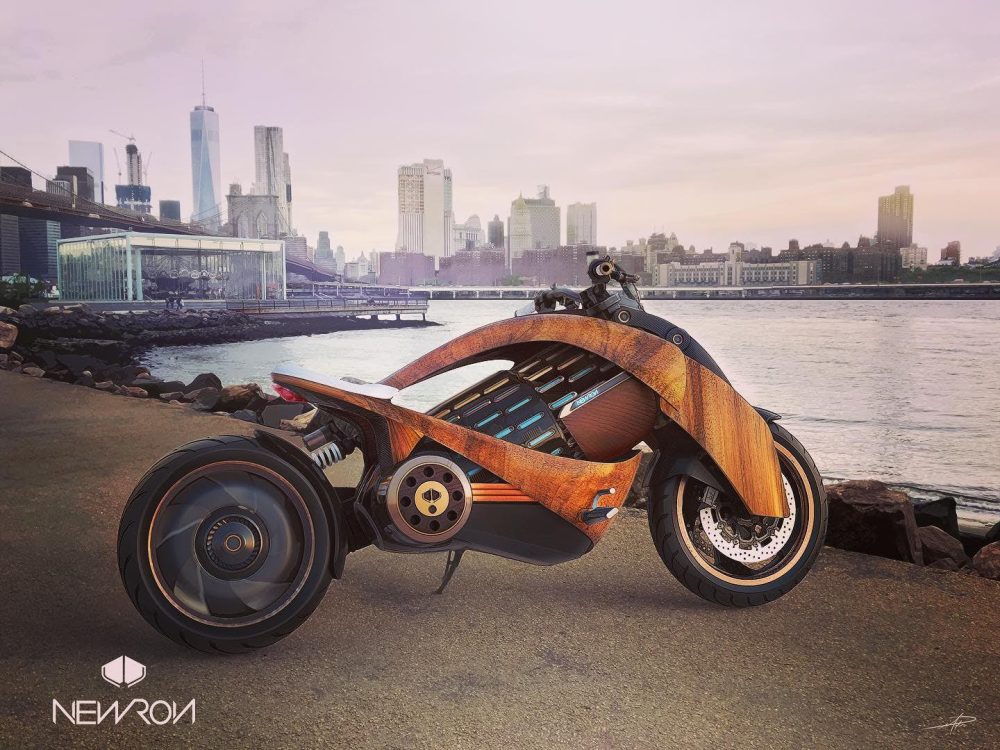 On the tech side of things, the Newron EV-1 electric motorcycle is rated for a top speed of 220 km/h (137 mph) and a range of “up to 300 km” (186 miles), though that range is almost certainly the city range figure. The Newron EV-1 also supports Level 3 DC Fast Charging to recharge the bike in around 40 minutes.

Speaking of the rear, it features a single-sided swingarm and what appears to be shaft drive setup, which would make it quite rare in the electric motorcycle industry. As if the bike needed anything else to make it even more unique.

Those wishing to place a pre-order to reserve one of the first twelve units being produced will need to lay down a refundable €2,000 deposit towards the ultimate €60,000 order price. Delivery is expected in 2021. 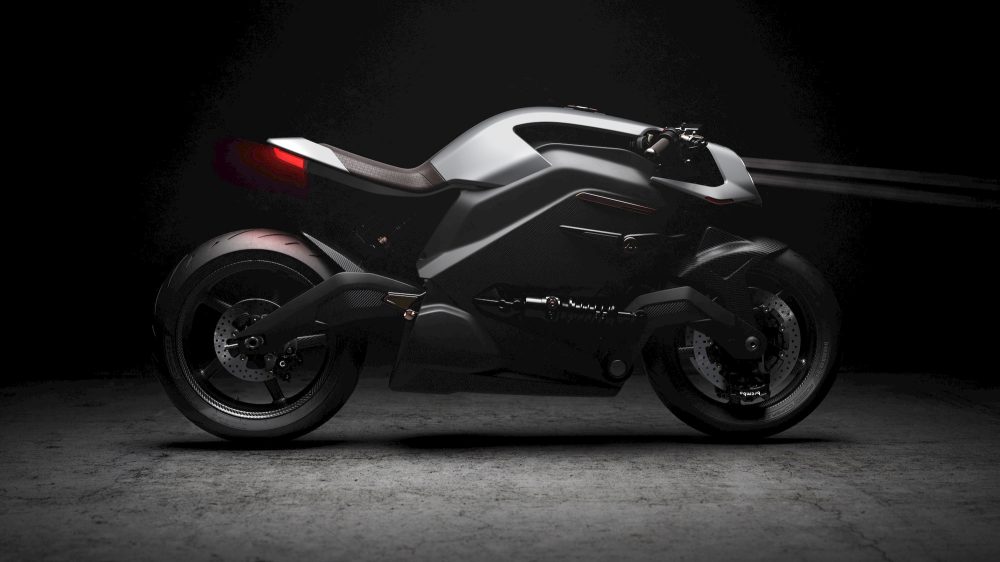 So while Newron may have what it takes to bring this bike to market and fulfill its pre-orders, it has yet to prove itself at this critical stage.

On the one hand, I love the design. It’s beautiful. It’s eye-catching. It’s a work of art on wheels that belongs in a museum.

But at the same time, I want to see how well it performs. Because it’s one thing to build something beautiful. The team obviously includes some brilliant designers and craftsmen. But it’s an entirely separate challenge to build a proper-performing electric motorcycle. And then deliver it to customers.

While some will be quick to call this vaporware, Newron actually comes with some decent backers including Dassault Systemes, so this doesn’t appear to be a fly-by-night company. Even so, this is definitely a lot of money to bet on a relatively new company.

And with an increasing number of nice-looking electric motorcycles already making deliveries, you have to wonder how many people are prepared to make these risky bets.