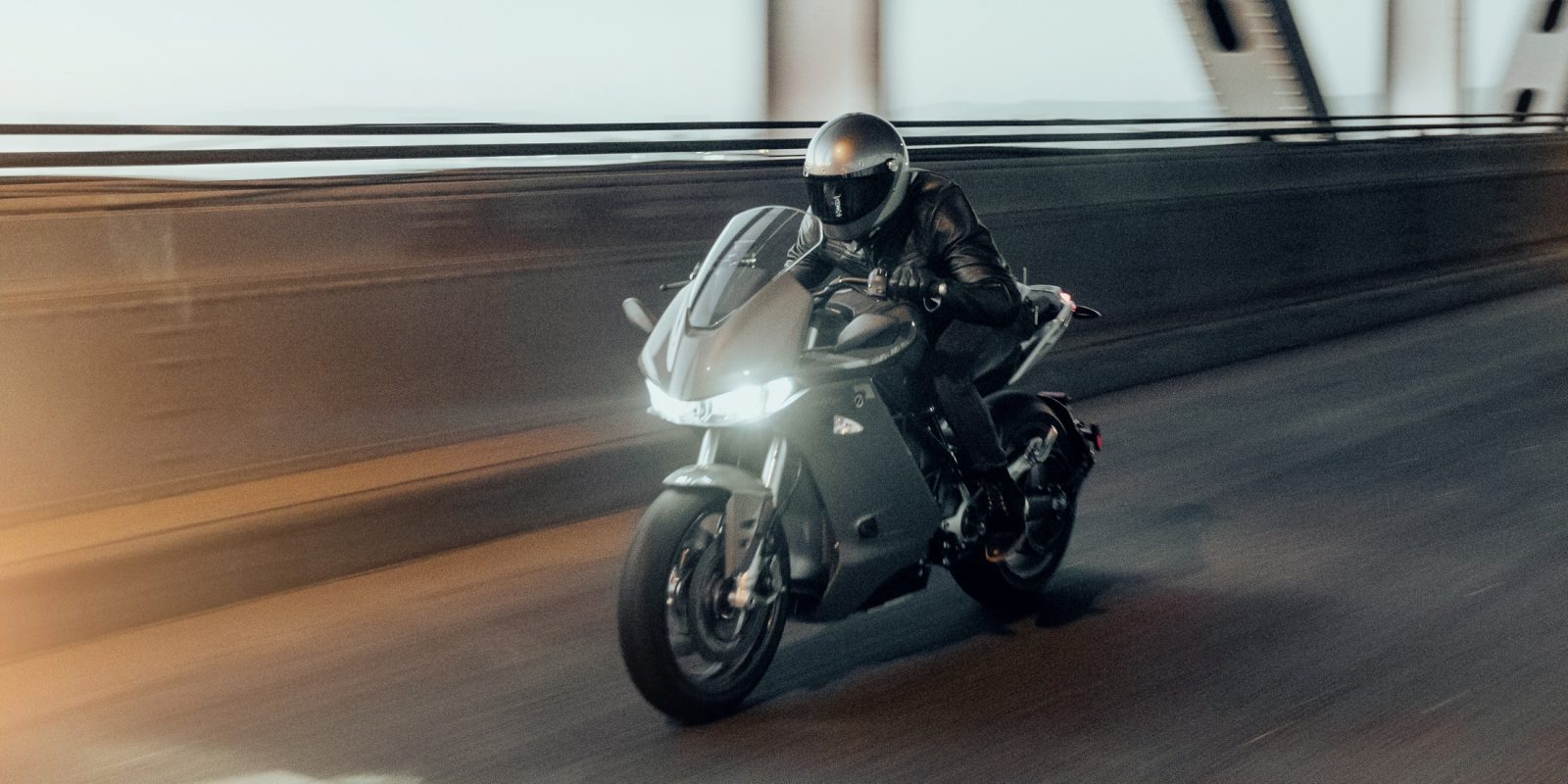 Electrek was fortunate enough to attend today’s unveiling of the new Zero SR/S electric motorcycle in Manhattan. And we can confirm: The bike represents a bold new step by Zero Motorcycles in both form and function.

And as it turns out, Zero took the base of the SR/F and used it to build a full electric sportbike, the Zero SR/S.

The major upgrades that help the SR/S stand out are in the aerodynamic design and the more comfortable riding geometry of the bike.

Or as Zero puts it, the Zero SR/S is now “The most comfortable sportbike on the road.”

Check out our video from the launch event to see the bike up close and personal!

The Zero SR/S gets a full fairing which tucks around the bike’s trellis frame and helps make major improvements to the aerodynamics of the bike.

Zero has been known for its naked bikes, or motorcycles without any substantial body covering, since its birth 14 years ago. And so the Zero SR/S marks a bold new direction towards a sportier and more aerodynamic ride.

“How aerodynamic?”, you might be asking. Zero claims that riders who tuck behind the front fairing will achieve a 13% improvement in efficiency and range compared to the Zero SR/F.

The riding geometry has also been changed with the handlebars mounted higher and the foot pegs mounted lower. This results in a more comfortable, upright riding position when the rider isn’t tucked and should make lower speed riding and commuting more comfortable.

The passenger also gets a comfort upgrade with matching lower pegs and an enlarged rear pillion seat. 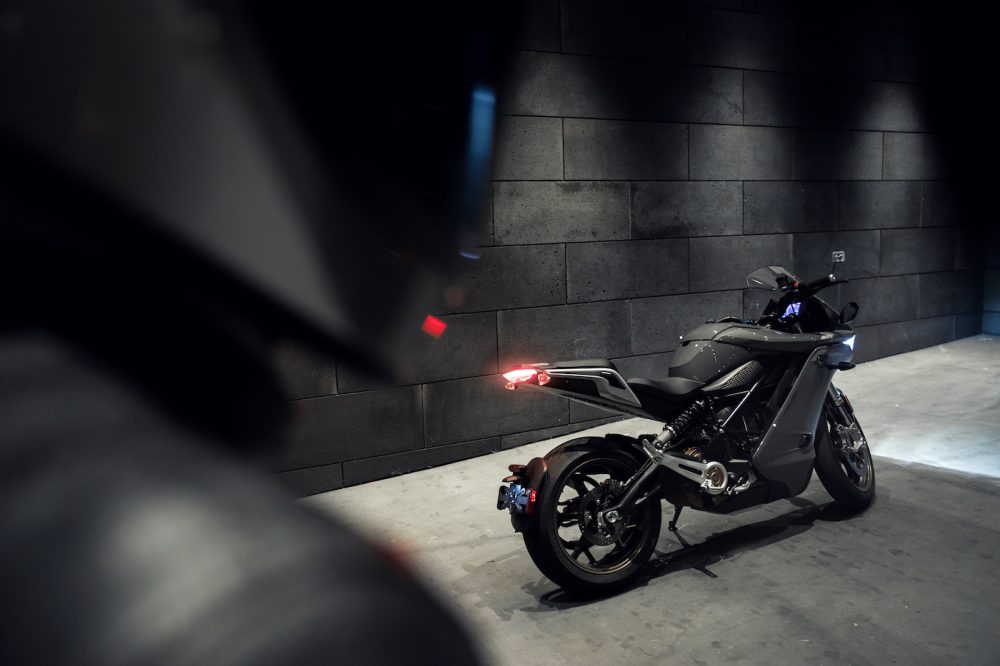 While it might seem odd at first that the SR/S gets the same range rating as the SR/F, this is due to the 13% aerodynamic improvement not being factored into the official range rating. To calculate the official range ratings, the rider is required to be in an upright, non-tucked position. While the SR/S is more efficient and aerodynamic than the SR/F, the rider is also more upright than on an SR/F which adds additional wind resistance. As it turns out, that additional wind resistance with a fully upright rider coincidentally resulted in essentially identical energy consumption figures as compared to the SR/F. 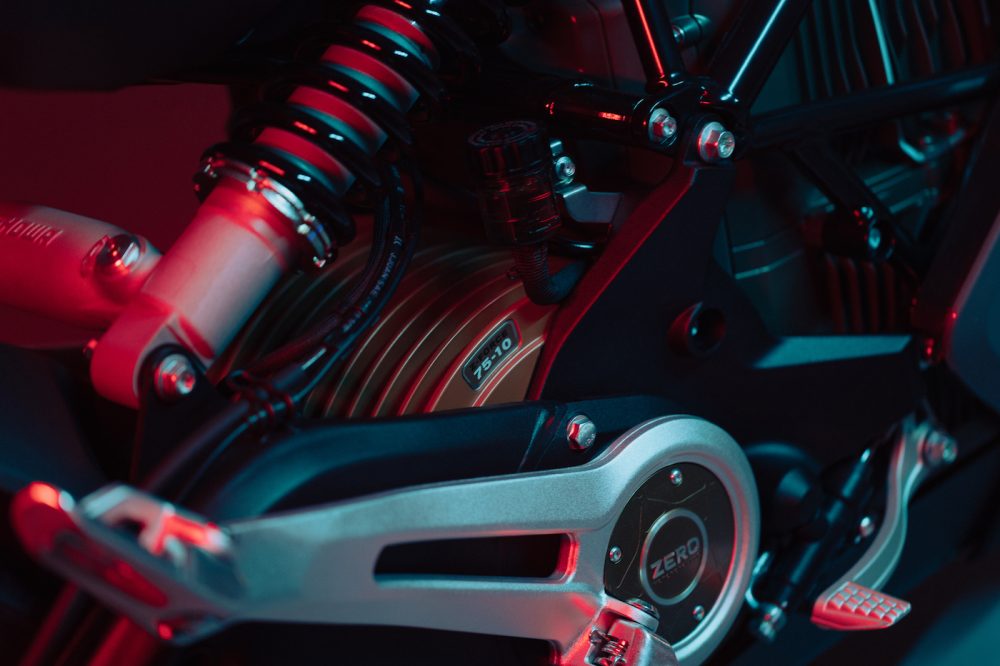 The Zero SR/S also includes the same Cypher III operating system as the SR/F, as explained by the company:

Thanks to Zero’s intelligent Cypher III operating system and Bosch stability control (MSC), the new SR/S manages a balance between power and control that sets a new standard for premium performance. Cypher III acts as the central hub, integrating all systems on the motorcycle to deliver a superior riding experience. From Bosch’s MSC all the way to Zero’s next – gen app and dash, everything is seamlessly connected for easy and intuitive control.

The Cypher III system also includes full telemetrics that allow riders to keep tabs on the bike directly from their smartphones, including features like charging status, charge time scheduling, tip-over protection or unexpected motion notifications, a Find-my-Bike feature that can track the location of the motorcycle, ride-data sharing with other riders, and more. 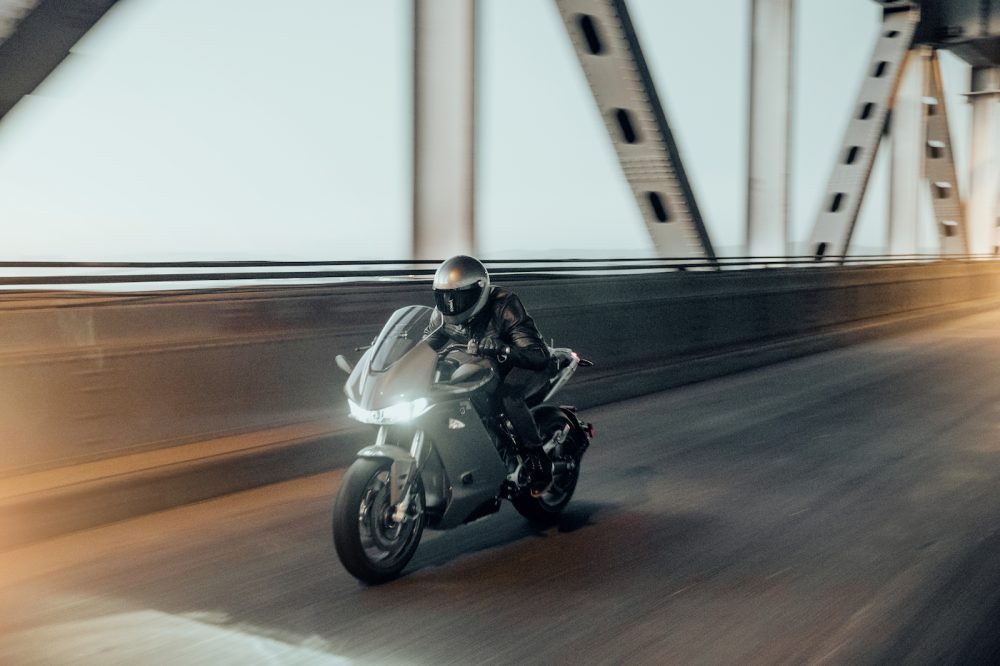 Riders can add the 3.6kWh Power Tank accessory for an additional US$2,895 as either a factory or dealer install option and will be available to owners beginning March 1, 2020.

The SR/S (and in fact the entirety of Zero’s 2020 model line of electric motorcycles) is eligible for a 10 percent federal tax credit for plug-in vehicles. The new Zero SR/S will begin shipping to dealers today.

What do you think of the Zero SR/S, the company’s first fully-faired electric sportbike? Let us know in the comments below!