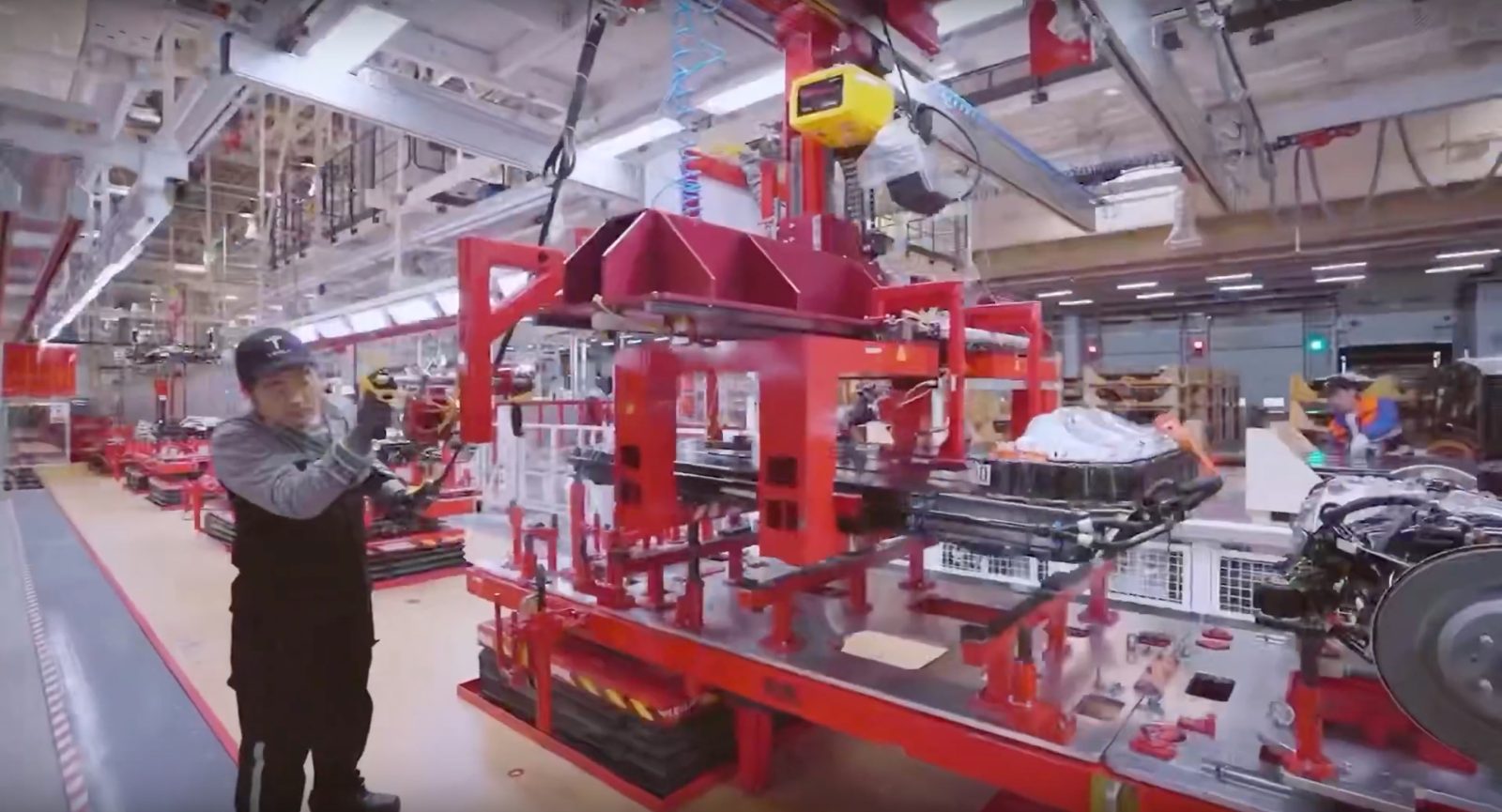 Tesla has been on a tear lately, and it looks like CEO Elon Musk is trying to think of new ways to spend some money. Tonight he dropped a hint that, in addition to current gigafactory projects in China and Germany, Tesla is considering one in Texas.

Tesla’s Shanghai gigafactory is already up and running with a current capacity of 150,000 vehicles per year.  Tesla plans to expand it more this year, including adding local Model Y production for the China market.

And the purchase contract has been signed on Tesla’s gigafactory in Germany, with construction beginning on access roads, despite some local protests.

Tesla has also announced plans to open design centers in both Germany and China. Tesla’s current design center is in Hawthorne, California.

Finally, Tesla has another factory in Buffalo, New York. This factory is mainly focused on “Tesla Energy” products, and was part of Tesla’s SolarCity merger.

The original gigafactory got that name to denote its massive size. “Giga” is the metric prefix for “billion,” and it seemed that Tesla wanted to signify that their battery factory would reach the capacity to produce a billion cells. Tesla’s first gigafactory in Nevada is one of the largest buildings in the world by floor area and footprint.

The gigafactory name took off, and now Tesla is just calling everything a gigafactory, whether it be for batteries or otherwise.

For a while Tesla named all these factories sequentially — gigafactory 1, 2, 3, 4.  But that started to get confusing as Tesla added more factories, so Tesla is now using the naming convention “Giga (area).”  So these have been renamed Giga Nevada, Giga New York, Giga Shanghai, and Giga Berlin.

Now those four might get another addition in Giga Texas. Tesla CEO Elon Musk put up a poll today, asking simply, “Giga Texas?” As of press time, people seem pretty excited about the idea:

Texas has been in Musk’s thoughts recently. On Monday, he announced an AI hackathon amid a recruiting effort for Tesla’s autopilot team, stating that Tesla is also looking for “world-class” chip designers to join Tesla’s team in Palo Alto, California, or Austin. The Texas capital has become quite a tech hub recently, attracting a lot of young tech talent who are looking for somewhere to get away from Silicon Valley’s insanely high cost of living.

While Musk didn’t specify where Giga Texas would be, we could imagine that somewhere near Austin would work well, to take advantage of the growing tech industry there. Musk also did not specify what products would be made in Texas (beyond the note about chip designers), so we’ll have to wait for more news on that.

That said, Texas also currently bans Tesla from selling their cars in the state, and even recently tried to stop the company from even servicing cars in-state. That effort thankfully failed, but Texas has not yet rolled out the welcome mat for Tesla. We’ll see if that changes with this talk of a possible factory.