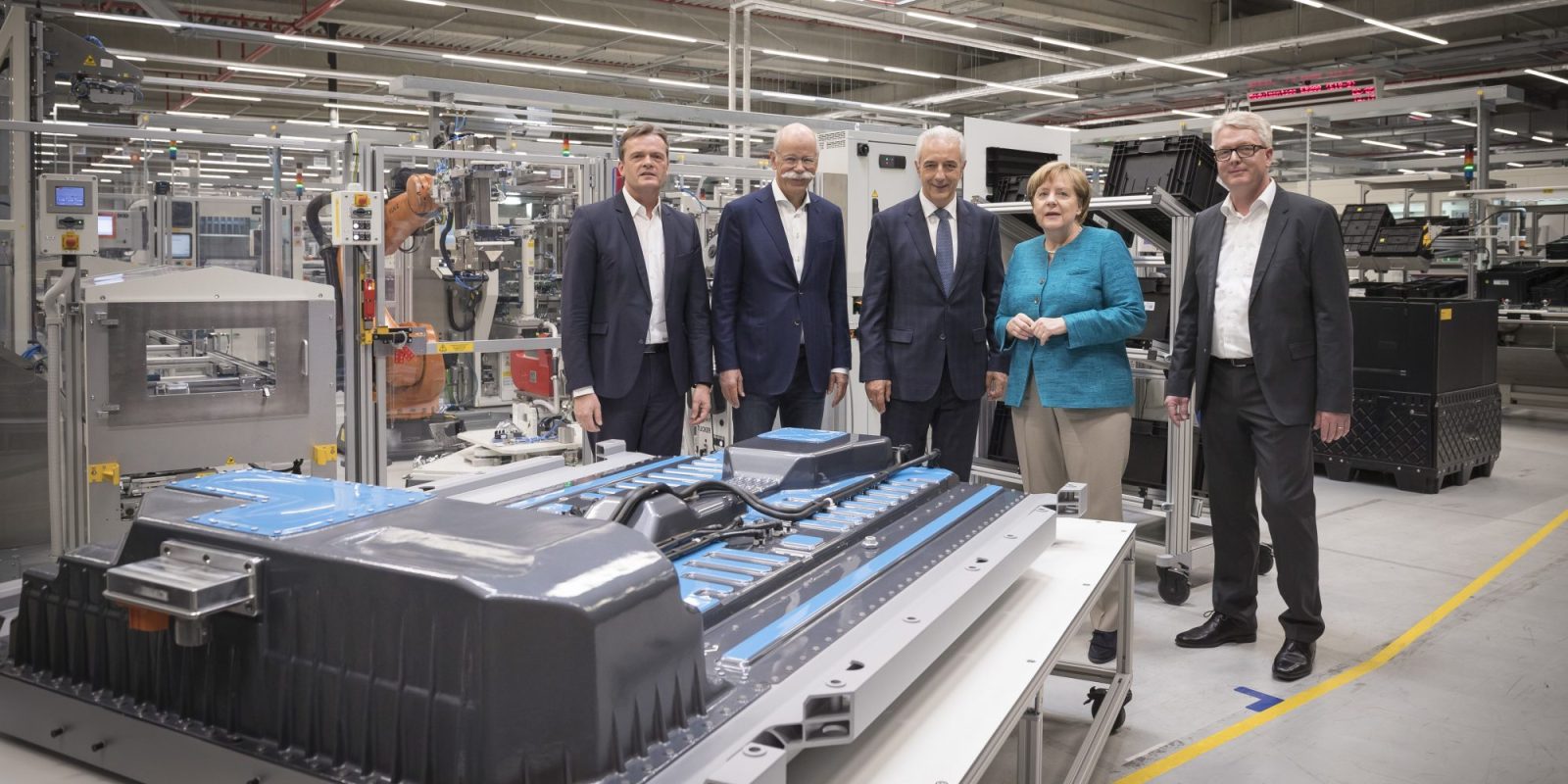 Germany has taken the lead over Norway in annual EV sales for the first time, edging out Norway for total sales since the start of this year, as reported by Bloomberg. Currently, Germany’s 2019 total is 57,533 EVs, while Norway has sold 56,893.

This would be good news for Germany — if it weren’t so embarrassing for them and the rest of Europe.  Norway is a tiny country with a population of 5.3 million, where the main industry is oil, and where the whole country is cold. Germany’s population is roughly 16 times larger than Norway’s. And yet, Norway has still had higher EV sales than every country in Europe until now.

Furthermore, It’s possible that Norway might take back the crown with strong December sales, since the difference is currently only 640 cars. But the trendlines suggest that Germany should hold on to the position.

Germany has also shown some of the strongest leadership in the growing worldwide environmental movement.

The German Green Party (Die Grünen) has been surging in the polls and was the most popular political party in the country for a while this year. In the most recent EU parliamentary election, they doubled their vote share compared to the previous one, coming in second place to the ruling center-right CDU party. Since then, CDU has moved toward more environmental legislation (like the aforementioned EV incentives) in response to the popularity of Die Grünen and the environmental movement.

On top of that, the country has had well-attended demonstrations throughout the year. German cities routinely have great turnout for the weekly Fridays for Future youth climate strikes.

So it stands to reason that a country which takes environmental protection seriously would shift towards more EV sales.

The rest of the continent has been moving on environmental issues as well, with Green parties surging all across the EU and getting their best result ever in the last European elections.

But despite Europe’s movement on environmental issues, EV sales have not kept up. Norway is a shining jewel in this respect, showing what can be done, with about half of new car sales being all-electric or plug-in hybrids.  No other country is anywhere near their numbers.

Across all of Europe (and within Germany), EV sales only make up an embarrassingly small 3% of total new car registrations.

As mentioned above, Norway is tiny. If Norway were in the EU, it would be the 20th-largest nation by population, out of 28. This puts them just ahead of Ireland. And yet they’ve still sold more EVs than any other country on the continent every year since EV sales started with the Nissan Leaf in 2010.

Norway also could have several excuses not to like electric vehicles. The country’s main industry is oil, with more than half of their exports being oil-related, yet they’re replacing gas stations with plugs (it would be nice if they stopped drilling oil, though). The country is very cold, which is typically considered bad for electric cars, but they don’t seem to mind at all. EV sales are still incredibly strong, largely because of government incentives that realistically tax gas cars based on the amount of environmental damage they’re likely to do.

Germany’s strongest industry is auto manufacturing, and German automakers are desperately stumbling over each other to show which one has the better slate of electric vehicles to come in the future. For the better part of the last decade, we’ve heard constant press releases about new electric vehicles coming soon, big investments into factories, and so on.

But as of now, despite that decade of talk, there are scant few electric cars being made by the same automakers. BMW makes the i3 (which half the time is sold with an engine anyway), Audi makes the e-tron, and Mercedes just started selling the EQC.

If we include retrofitted cars, VW makes the e-Golf and Smart makes the Smart electric. Then there are a smattering of gas models that have been converted into plug-in hybrids. That’s really about it, so far.  There’s more on the horizon, but we’ve been hearing that for a long time.

So rather than considering this a triumph, Germany, and the rest of Europe, ought to be embarrassed.  It took a decade of bluster from the world’s most highly respected auto manufacturers for them to finally release a couple EVs and get their country’s EV sales up to the level of a country a fraction of their size.

And worse, they can’t even beat an upstart from California on their own turf. Tesla has been outselling German flagship sedans in Europe. Tesla also just won a car of the year award in neighboring Switzerland, and VW’s only response was, “Oh yeah, well, when we actually manage to build a car next year, after 10 years of talking about it, maybe you’ll finally see some competition!” [Ed.: paraphrased]

Meanwhile, Tesla is preparing to literally take on German automakers on their own turf, recently announcing that it will build its Gigafactory 4 in the Berlin area.

Tesla cars being shipped to Europe

German automakers have consistently stated that they would take the reins from Tesla soon enough. VW, the world’s largest automaker, stated that they would be the world leader in electric cars by 2018. VW’s overall 2018 annual sales outnumbered Tesla approximately 31:1, but despite VW’s huge advantage in revenue, manufacturing, and distribution, Tesla still outsold VW in electric cars by about a 7:1 margin in that same year.  Those numbers are not likely to change this year.

And none of this is to let the rest of Europe off the hook.  Other nations that claim to take climate seriously are also lagging behind. There is no excuse for us to keep burning fossil fuels, to keep producing cars that will be on the road for 20 more years burning fossil fuels, choking children who haven’t even been born yet, contributing to climate change, and adding to the millions who die every year from fossil fuel pollution.

So this news is a positive step for Germany, sure. Rising EV sales in a nation that’s known for its auto industry, a public receptive to incentive structures that get closer to properly pricing EVs versus their massively subsidized gasoline rivals, a trend that’s going in the right direction in the EU’s largest country and largest auto market. Those are all things we want.

But countries that take the environment seriously need to step up to the plate and get to majority EV sales now (P.S., the United States, and even California, I’m looking at you here, too). Automakers who claim to be serious about protecting the environment need to stop with the feckless promises to sell ~20% of their fleet as electric through 2030. And automakers need to actually follow through with these promises, instead of giving us a decade of endless press releases that never turn into reality.

After all, are you gonna let Norway, the country that knighted a penguin, beat you?