But what H-D hasn’t done is show off its electric bicycles in public. Instead, they’ve only shown us renderings and pictures. Until today that is, when Harley-Davidson included the first three H-D electric bicycle prototypes in its sprawling display at the EICMA 2019 Milan Motorcycle Show.

The three electric bicycles were front and center at the vast H-D booth, though they were surrounded by a glass barrier to keep people like me from copping a feel.

Even so, we’re able to glean a lot of info from the prototypes on display. 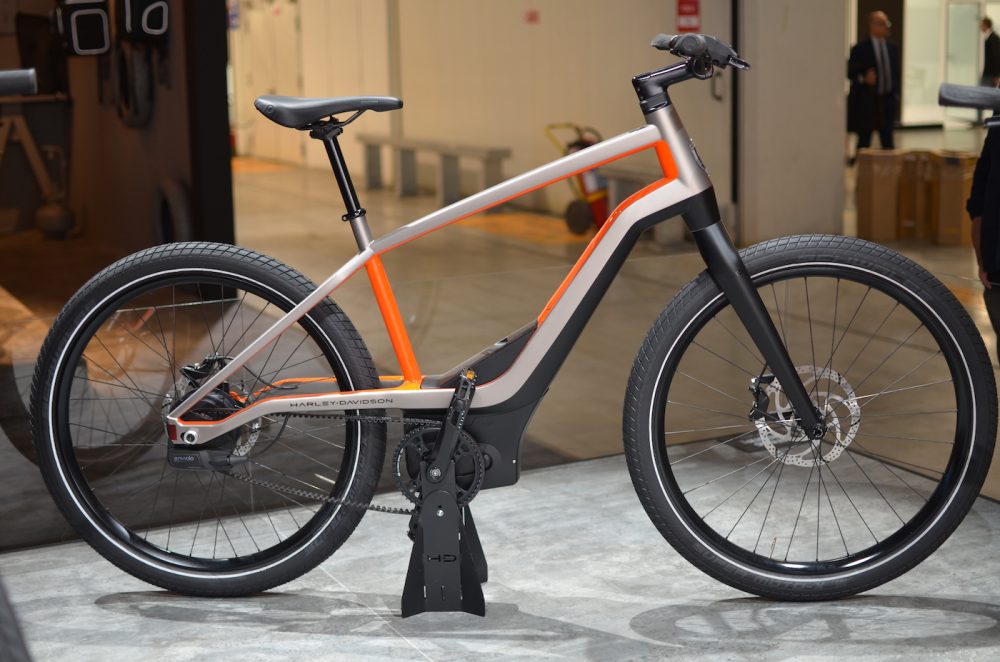 We first published an exclusive leak regarding the pricing structure of the H-D e-bikes last month. At the time, we learned from a dealer that the Harley-Davidson e-bikes would range in price from $2,500 to $5,000. That would certainly put them in the premium category of e-bikes.

And now we’re getting a better look at why the bikes might command such high prices. And no, it isn’t just because of the bar and shield logo.

The prototypes were displayed with H-D’s proprietary mid-drive motor connected via belt-drive to an internally geared rear hub. One of the prototypes even sported an automatic shifting Enviolo continuously variable transmission, a component only found on premium electric bicycles.

Such components are normally reserved for higher end mountain bikes, and their inclusion on H-D’s e-bikes indicates that the company isn’t here to mess around with budget-minded, $600 e-bikes.

Other interesting design features include taillights that are built into the frame of the bike, though they appear to be mounted fairly low on the bike at the rear of the dropouts. And I’m not 100% positive on this, but I believe the border around the H-D logo on the headset of the bikes is also an LED light, which would function as a headlight in this case.

The battery appears to be a removable unit with a key lock built into the shell of the mid-drive motor. However, the battery case itself looked to be rather small, perhaps indicating a lower capacity battery. However, it’s hard to tell how deep the battery extends into the motor case. And it’s also quite possible that there’s no battery in the case at all, especially considering the early prototype nature of these e-bikes.

The Harley-Davidson electric bicycles weren’t the only electric vehicles on show. Nearby were a set of four prominently displayed LiveWire electric motorcycles. 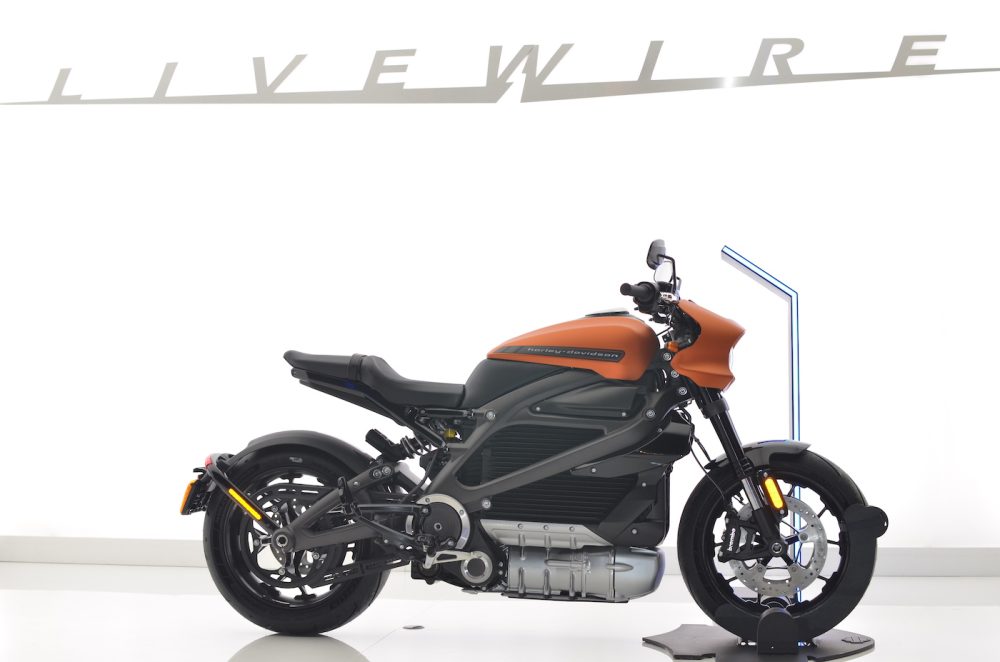 There were also two more LiveWire bikes set up on dynos to give people the experience of revving an electric Harley. I decided to skip that experience since I’ve been fortunate enough to already track test a LiveWire electric motorcycle on a Formula E race track.

And while we’re on the subject of Harley-Davidson’s E-things, we might as well include the whole family. Harley had its pint-sized electric balance bikes on display as well for the young riders. And before you say H-D ain’t woke, check out their little pink one designed to get girls riding early!

What do you think of Harley’s e-bikes? Let us know the comments below!