This well-endowed electric motorcycle is actually prepping for production 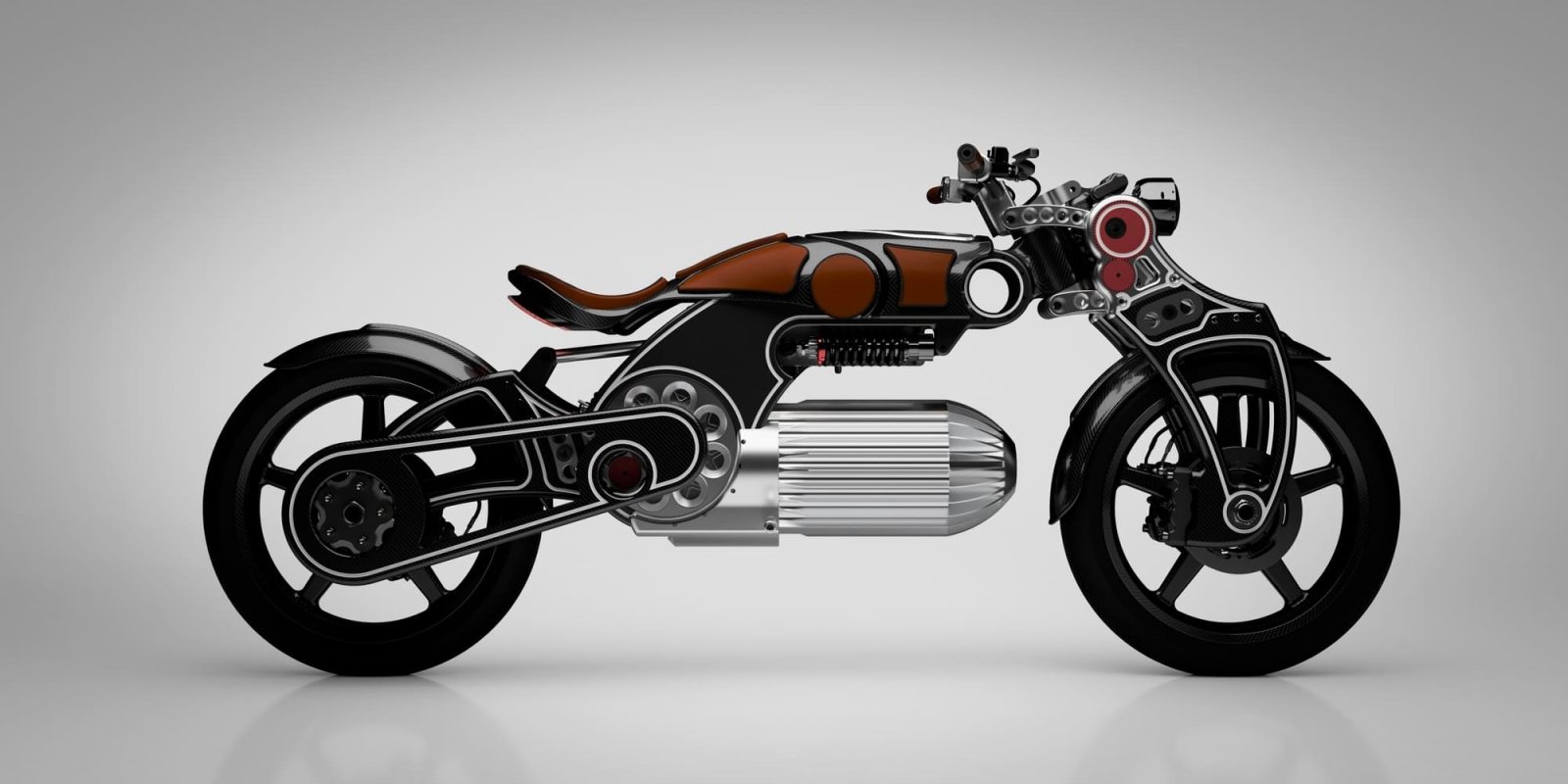 Many thought that the Curtiss Hades concept bike was just that – a concept.

But it appears that couldn’t be further from the truth. Especially now that Curtiss is moving towards production on the Hades electric motorcycle.

Curtiss Motorcycles announced a partnership with additive manufacturing company Fast Radius this past August. The pair has since been working on prepping a Curtiss Hades prototype for validation and tuning, which is expected to commence this winter.

The prototype, which Fast Radius is currently in the process of producing many of the proprietary parts for, will be built largely from aluminum and titanium. The production version is likely to also feature carbon fiber components, EMN reports.

Curtiss has since shared updated images showing some slight changes to the motorcycle’s design.

In my original article after the unveiling of the motorcycle, I pointed out that the large, somewhat phallic battery would likely create a very large bending load on the frame with the cantilever design originally demonstrated. It appears now that the tip of the battery housing has now been secured to the frame, which would certainly strengthen the protruding battery housing and make it much more rigid.

The battery is a 399 VDC pack which is secured in the “bullet” shaped battery housing slung underneath the motorcycle. The battery capacity has been quoted at 16.8 kWh, which would give it a higher capacity than largest standard battery offerings on both the Zero’s SR/F (14.4 kWh) and Harley-Davidson’s LiveWire (15.5 kWh) flagship electric motorcycles. In fact, while the battery on the Curtiss Hades is just slightly larger than the batteries on those two electric motorcycles, the Hades’ motor is actually as powerful as both of those motorcycles combined.

The Hades includes an extremely powerful 162 kW (217 hp) motor that appears to be coaxially mounted with the rear swingarm. It will power the rear wheel via chain drive, as opposed to the belt drive option that has become so popular in many already whisper-quiet electric motorcycles.

The bike is expected to provide 200 Nm (147 lb-ft) of torque, which would make it one of the torquiest electric motorcycles on the market.

Speaking of the market, the Hades won’t be cheap. The price tag is set at an eye-watering US $75,000, making this an ultra-premium electric motorcycle.

Where do I even start with this one?

Props to the design team for thinking way, way outside the box here. I love that Curtiss is really embracing the design freedom that electric motorcycles offer. Considering that critical components like batteries and motors can be mounted just about anywhere on an electric motorcycle, these bikes provide the opportunity to build some really wild designs. And the Curtiss Hades is one of the wildest I’ve seen so far.

At the same time, I have to wonder who the target market is here. At $75,000, this thing is going to be nearly unobtainium. And if I had the money to buy one, I’d probably be too worried about it to actually take it out on the road. That means we’re likely looking at people that can not only afford a $75,000 electric motorcycle but can also afford to not really care about spending that much either.

To be fair, Curtiss is also working on (slightly) more affordable electric motorcycles. The Curtiss Psyche was unveiled recently and Curtiss’ CEO has made no attempt to hide the fact that its $30,000 price tag was a direct shot at Harley-Davidson’s LiveWire electric motorcycle.

I think it’s going to be fascinating to watch Curtiss Motorcycles over the next couple of years. They are coming out with crazy yet amazing designs. I just hope there are enough people that will buy these bikes to ensure Curtiss can continue cranking out such off-the-wall designs.