Curtiss Motorcycles has shown off an array of wild electric motorcycle designs over the past year. But while most are priced in the $75,000 range, the company’s newest design will be sold for less than half of that amount. And the company already admits it is designed to directly compete with Harley-Davidson’s new LiveWire electric motorcycle.

Starting at $30,000, the Curtiss Psyche electric motorcycle looks to be a much more affordable offering from the wild design team over at Curtiss. “Affordable” is relative of course – but spending $30k on a premium electric motorcycle sure beats spending $60-$75k on Curtiss’ other offerings.

The Curtiss Psyche’s unveiling came with only a few tech specs. So far it looks like the bike will likely be offered in two options with either a 36 kW or 72 kW motor. The lightweight bike should tip the scales at around 170 kg (375 lb) and offer a range of around 260 km (162 mi). There are a lot of other missing specs still though, including motor torque, charging options and battery capacity. 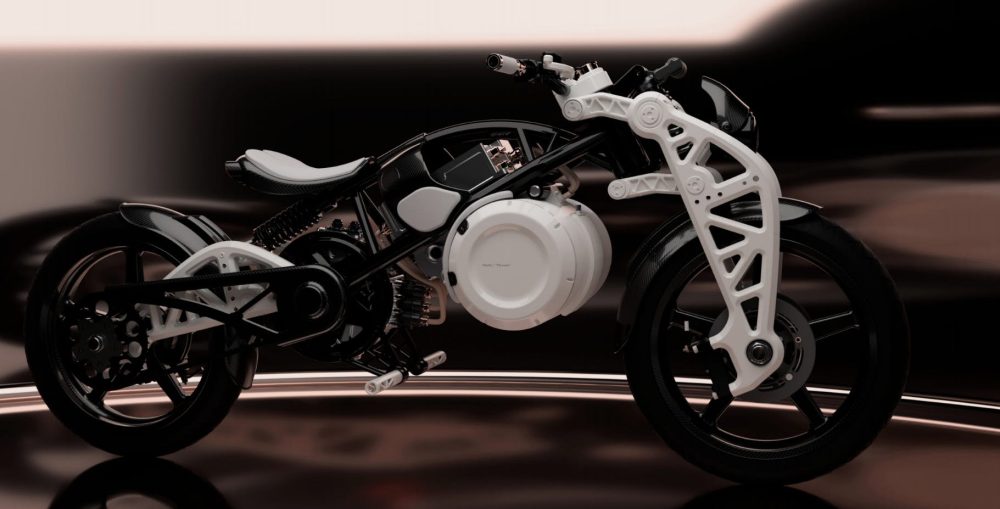 The Curtiss Psyche shares some design considerations with its cousins in the Curtiss line up, including the matching girder fork and rear swingarm, as well as what appears to be a coaxially mounted motor on that rear swing arm. But the drum-shaped battery and other design features certainly make it unique among its peers.

And considering the bike is named after the Greek goddess who was the wife of the god of love Eros, the single seat design seems a bit limiting for riding around with your goddess on back. 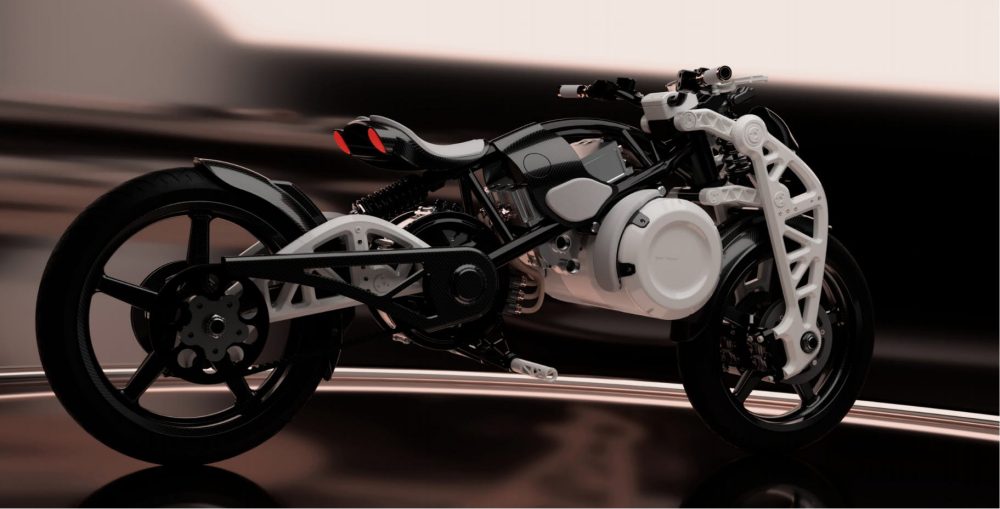 The new bike is priced almost identically to the Harley-Davidson LiveWire, which is already available for sale at $29,799 and is slated to begin deliveries in the next few months.

The Curtiss Psyche won’t be available for at least two years though, with the company projecting sales beginning in Fall 2021.

That hasn’t stopped Curtiss CEO Matt Chambers from taking the opportunity to smack talk Harley though:

“I’ve got something I’ve always dreamed of, a clean shot at Harley, exposing the hollow seemingly cynical nature of their EV effort, their own CEO referring to their rather commodity looking LiveWire example as a catalyst for their petrol line. How uninspiring. He goes on to say he will lead the BE motorcycle field. No!

Curtiss is the precise hard knock out punch he didn’t see coming. He is way too big and spread way too thin. The volumes will be too low for the next five years. We have out planned them, out designed them, out engineered them, out branded them and out promoted them. The market is very small, ideally suited to our core competencies, skillsets and bandwidth. We have the experience and collaborative relationships to ideally grow with this market. Harley does not.”

Curtiss is coming for Harley so hard that they even released a side-by-side comparison graphic, shown below.

Look, the Curtiss Psyche is an impressive looking, mold-shattering bike. That’s what Curtiss does. They’ve totally converted themselves from an old fashioned gas bike manufacturer to a far out, wild design electric motorcycle manufacturer. Huge props to them for being so forward thinking and actually making the moves to get there. They have some really inspired designs that will turn heads as quickly as they will empty wallets… once they finally make it out onto the street.

But for now the company is still raising funding from the public and doesn’t have any models ready to release.

On the other hand, Harley-Davidson has shown off a similar number of electric motorbike concepts as Curtiss, yet has one distinct advantage: H-D is actually producing electric motorcycles. I’ve ridden the LiveWire electric motorcycle and can attest to what an amazing bike it is. Check out the video below to see it in action.

Is the Harley-Davidson LiveWire electric motorcycle overpriced? Definitely. But does it still offer a ton of value while pointing towards H-D’s possible future of embracing electric vehicles? Also definitely.

So I applaud what Curtiss is doing and wish them every bit of luck. But I don’t think the H-D execs in Milwaukee are going to be losing too much sleep over the Curtiss Psyche. At least not this year.