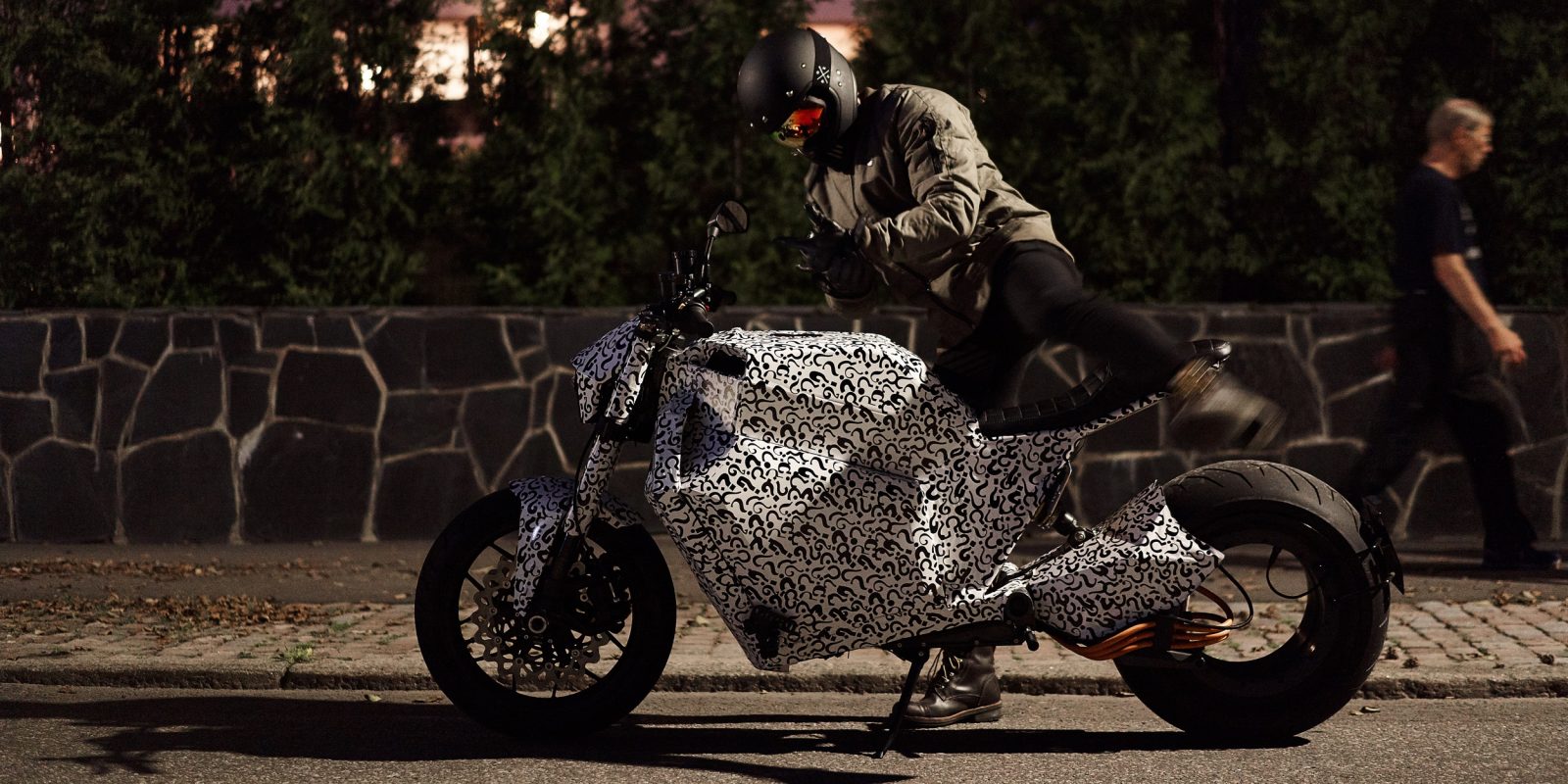 We’ve been following the RMK E2 hubless electric motorcycle for a few years now, and have just learned that the Finnish company is finally ready for the bike’s release.

RMK has announced that they will be unveiling the production version of the company’s innovative electric motorcycle at the EICMA Milan Motorcycle Show.

The info comes in an statement that RMK sent to Electrek:

The most important part of this release is that we’ll be unveiling our production model and also announcing our performance figures, which have all been improved.  Don’t worry, the design has not lost any of the bold and aggressive styling of our prototype.  We have developed the bike to be more functional, ergonomic, and more refined, giving our riders a unique package of head-turning style and reliable functionality.

We’ve also received a few shots of the production version of the RMK E2 decked out in camouflage. The bike seems to stay true to the original prototype that captured the industry’s attention. The largest single difference appears to be a bit chunkier of a swing arm. But most importantly, the hubless rear wheel motor is there in all its glory.

The RMK E2’s major innovation (though certainly not its only one) is the hubless rear wheel that houses the motorcycle’s electric motor. The motor is hidden in the rim of the wheel, giving a Tron cycle effect to the rear half of the bike.

We don’t have the full specs on the production version of the RMK E2 yet, but the company has been testing prototype with impressive specs so far.

However, the RMK E2’s speed would rival the rest of Zero’s lineup as well as the Harley-Davidson LiveWire electric motorcycle, which I had the opportunity to review this summer.

Preorders have previously opened for the RMK E2, with early adopters reserving one of the first bikes for a €2,000 (US $2,200) deposit. The final price of the bike will require another €23,000 (US $25,600) payment after the deposit. That’s fairly pricey when placed next to some tamer electric motorcycles we’re eyeing coming out of Asia, but still cheaper than some of the other high-powered electric motorcycles produced in Europe.

This is one of the electric motorcycles that I’ve been most excited to see hit the market.

Sure, it’s going to be as expensive as the Harley-Davidson LiveWire, which means it’s going to have a (very) limited market. But this is serious innovation. RMK is developing this motor from the ground up to build an entirely new electric motorcycle. This is something we haven’t seen before, and is frankly just an exciting addition to the market.

We love doing motorcycle reviews at here at Electrek, and you can be sure I’ll be trying to get on the RMK E2 to bring you guys a review as fast as I possibly can.

Electrek will also be on site at the EICMA Milan Motorcycle Show early next month. We’ll report back with all the specs and photos of the production RMK E2 upon its unveiling.

Until then, let us know what you think of the bike in the comments below!