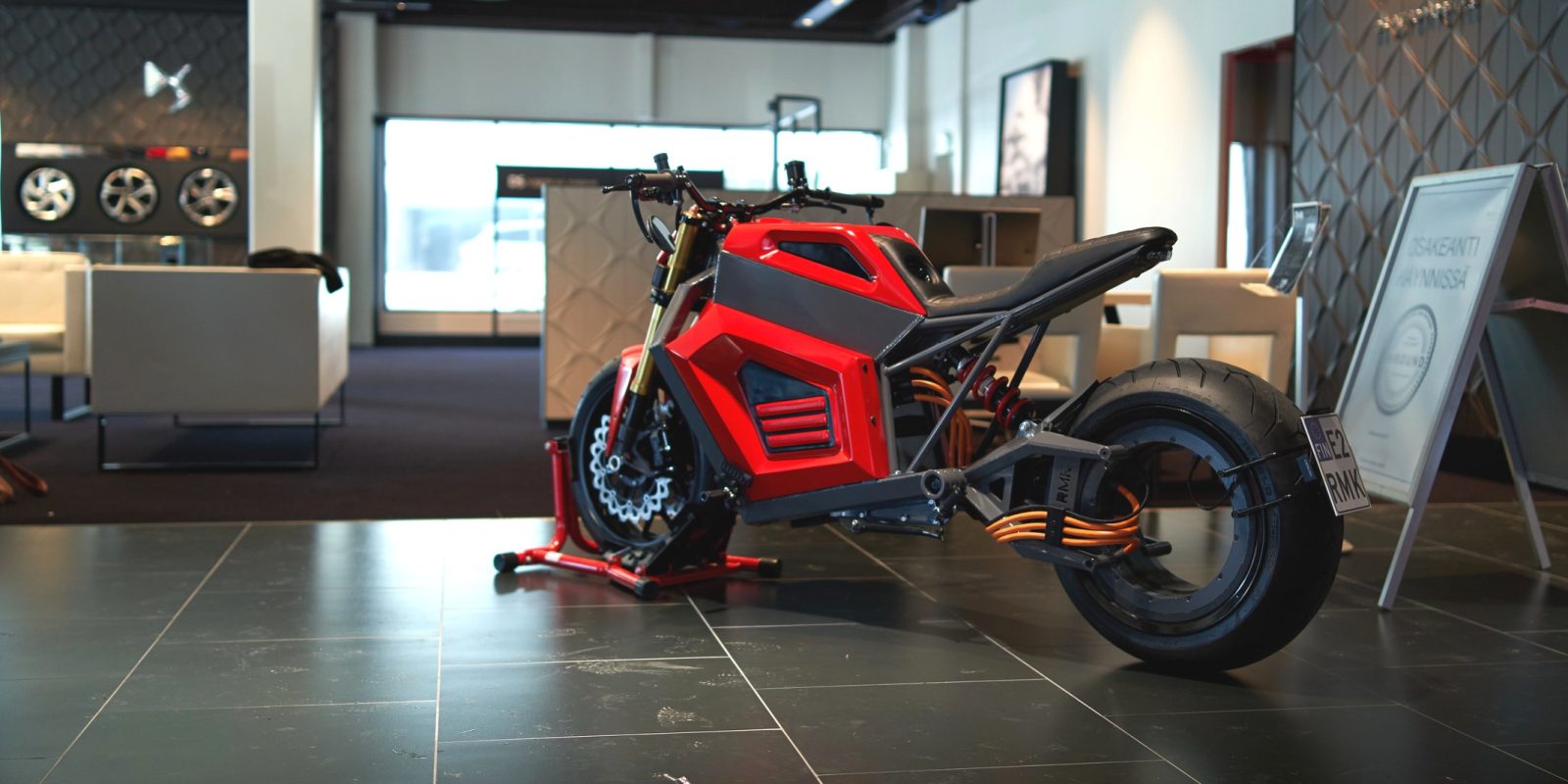 RMK’s E2 has one of the most innovative motor designs we’ve seen so far in an electric motorcycle. And now the company is showing off its progress as it heads closer to production.

It takes only one look at the RMK E2 to spot the difference.

There’s no hub in the rear wheel.

And yet, the motor is still situated inside the rear wheel. It’s a hub motor without a hub, so to speak.

The Finnish company has previously shown off some beautiful renderings of the bike. And last February, we got an up-close look at the static bike at the Helsinki Auto show. But now we’re finally getting to see the RMK E2 prototype in action. 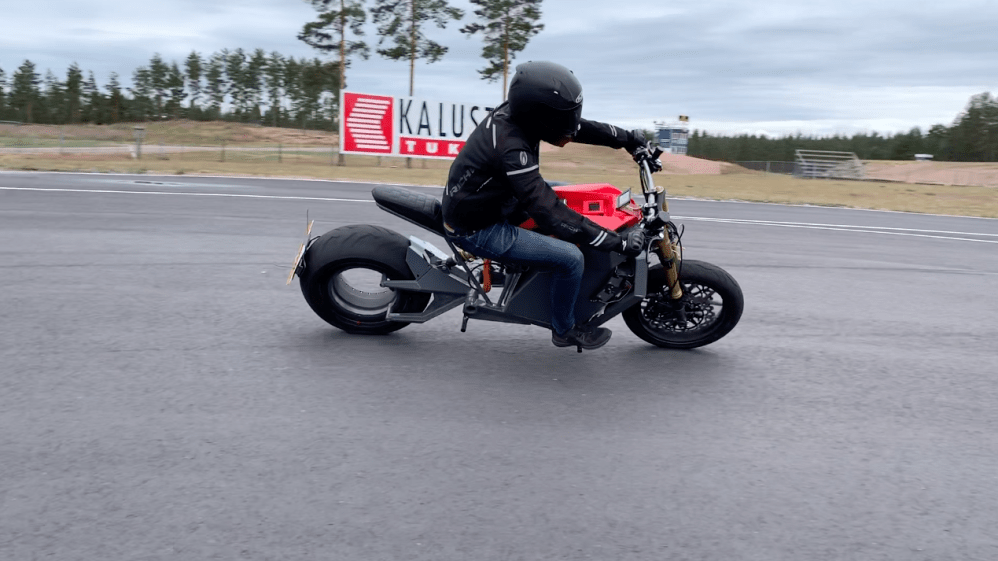 The team scored some track time at the Alastaro Racing Circuit in Finland to test out the E2 electric motorcycle. The guys spent most of the time testing the functionality of the bike as well as its range. RMK has previously stated that the E2 should be capable of reaching between 200-300 km (120-180 mi) of range, depending on riding conditions.

Here’s how track testing went, according to the team:

June and July were very important months for the E2 as we ramped up our testing programs. A highlight of our testing involved a visit to the Alastaro Racing Circuit. The team put the E2 through its paces for over six hours of throttle-on time, testing range, and general functionality. There was a buzz of excitement and smiles all around after seeing the E2 really get to work on the track.

RMK has also been making progress off the track as well. Here are the other latest updates they’ve shared:

In addition to our testing program, we have been  building  strong relationships with the suppliers of  our motorcycle’s  key components, making sure that reliability, durability and quality are embedded in to the DNA of the E2.

Within the RMK office we have increased the number of employees and added key personnel to further progress our presence in the market and streamline our processes. But the RMK E2’s speed would be commensurate with much of the rest of Zero’s lineup as well as the upcoming Harley-Davidson LiveWire electric motorcycle, which I got a chance to ride and film last month.

Preorders have already opened for the RMK E2, and early adopters can reserve their own for €2,000 ($2,300). But to make the E2 yours, you’ll have to tack on another €23,000 ($26,600). That’s pretty steep in comparison to some tamer electric motorcycles we’re eyeing coming out of Asia, but still cheaper than some of the other high-powered electric motorcycles produced in Europe.

The RMK E2 has been a fascinating electric motorcycle to follow throughout its development.

While I watched with a mixture of excitement and a healthy dose of skepticism in the beginning as renderings began to leak out, I’ve grown increasingly bullish on the prospect of the RMK E2 actually hitting the road eventually.

I never expected this bike to be cheap, but that’s a theme we’ve been seeing a lot of lately. Expensive electric motorcycles in the premium category may be rolling out first before we see a slew of new affordable e-motos.

Even so, the LiveWire-level price may be justified by the unique design, especially for those that want to look different out there.

What do you think of the RMK E2? Let us know in the comments below.