Check out Italian Volt’s new customizable luxury electric motorcycle – yours for only $38,000 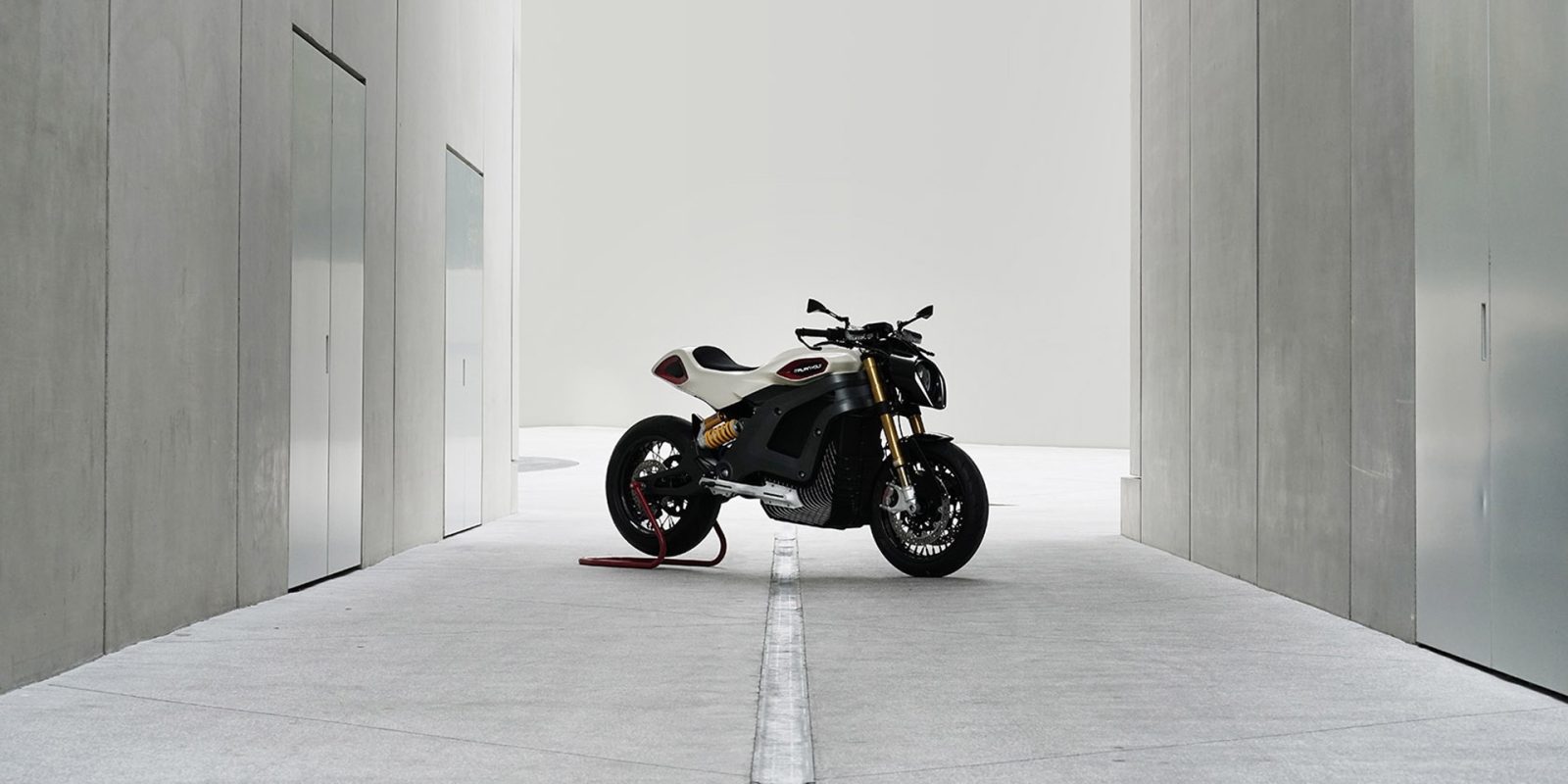 Electric vehicles aren’t cheap, I think we can all agree on that. This is even more true for electric motorcycles, which have additional size and weight restrictions that make it even harder to cram in enough batteries and other EV components.

While the cost of these expensive EV components continues to slowly drop, we’re likely still years away from electric motorcycles being able to compete on price alone with comparably spec’d gassers. For that reason, sometimes you need a different competitive advantage. For Italian Volt, that advantage comes in the form of luxury and scarcity with its new electric motorcycle, the Lacama.

Italian Volt, the company behind the Lacama, was founded by Nicola Colombo and Valerio Fumagalli after the pair completed an epic 7,692 mi (12,379 km) electric motorcycle journey from Shanghai to Milan.

During their record-breaking trip, which passed through 12 countries over 44 days, Colombo and Fumagalli began thinking about how they could build a premium electric motorcycle, one that sacrificed nothing in the pursuit of quality.

Four years and a half dozen additional team members later, the pair are introducing the Lacama premium electric motorcycle. 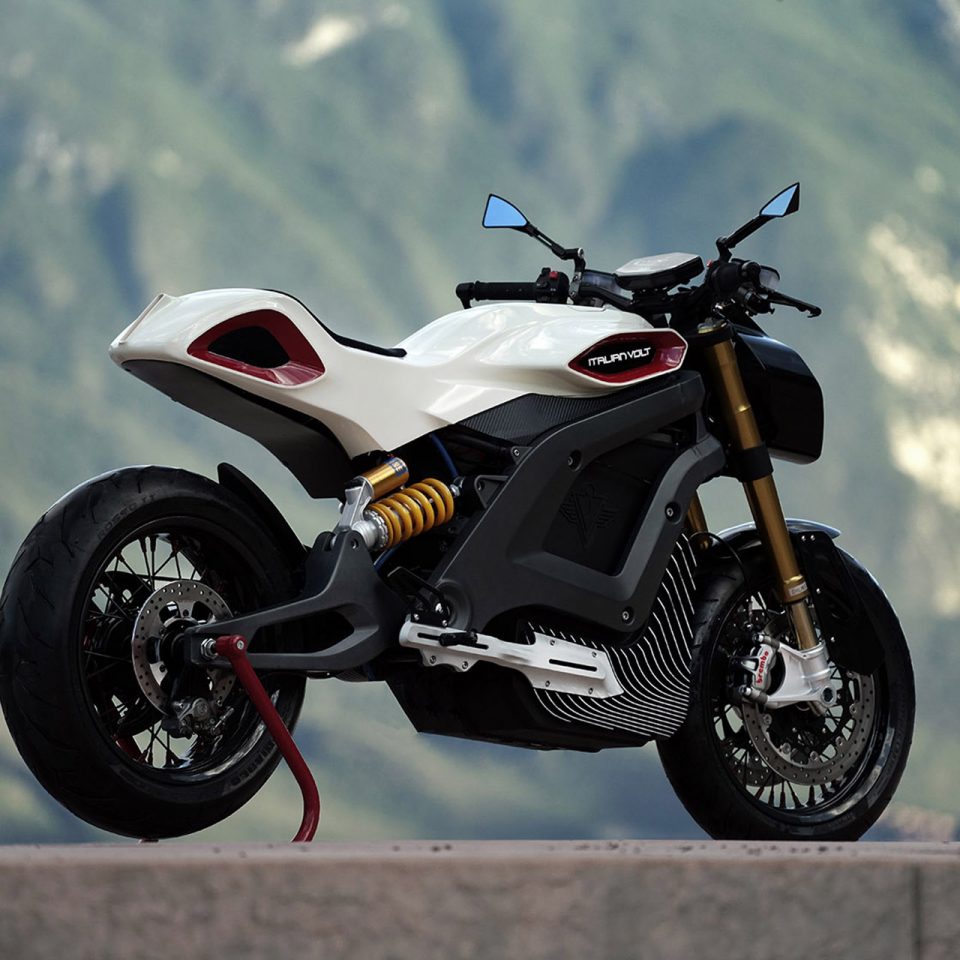 The Lacama’s performance places it at the top of the pack for electric motorcycles. Rated for an electronically limited top speed of 180 km/h (112 mph) with a maximum power of 70 kW (94 hp), the Lacama is definitely fast. And with a maximum torque of 208 Nm (153 ft-lbs), it has the acceleration to match.

In fact, the Lacama can reportedly achieve a 0-100 km/h (62 mph) time of just 4.6 seconds. And with no clutch to mess with, that time is likely achievable repeatably and not just by expert riders.

The 15.1 kWh Li-ion battery is much larger than most offerings, and is rated for 2,000 charge cycles. It can be recharged from 0 to 100% with a Level 2 AC 6 kW charger, or in just 40 minutes using a DC fast charge CCS standard.

That large battery pack offers a range of 200 km (125 mi), and also includes both a water and air-cooled heat management system. 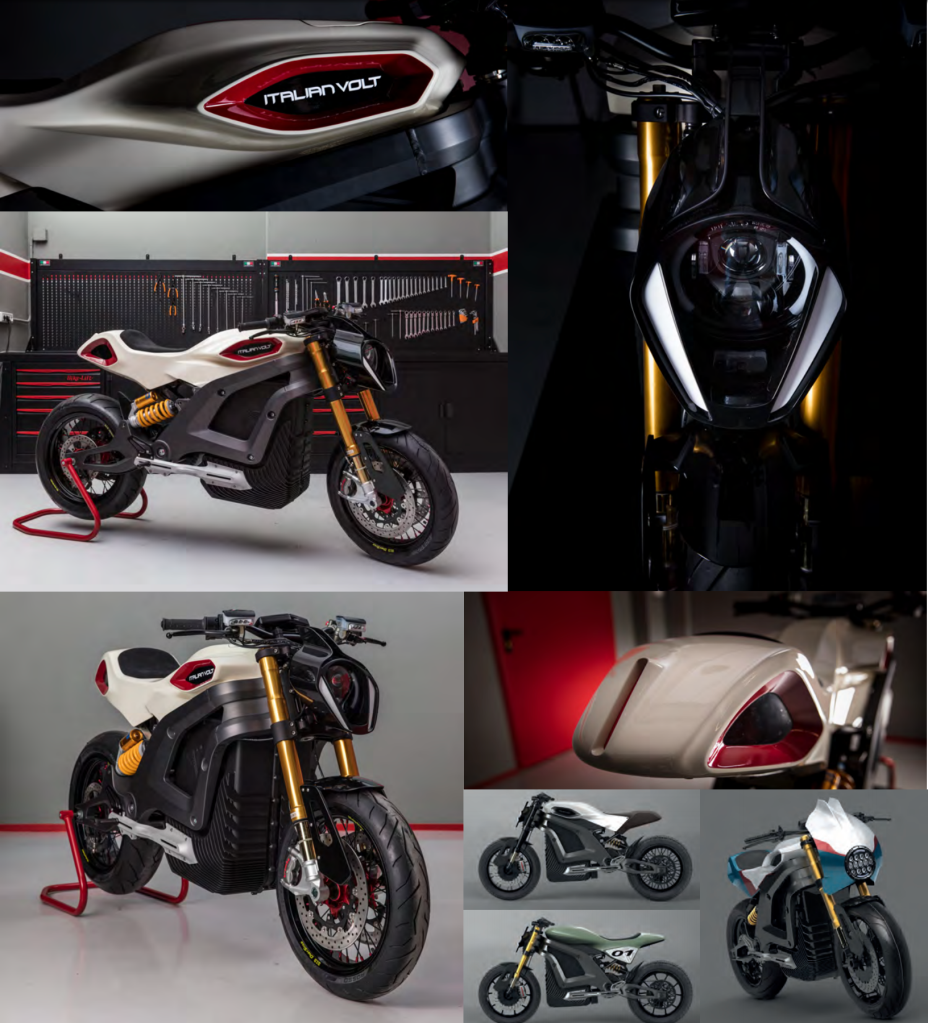 The Lacama’s dashboard is a TFT touchscreen device that includes GPS navigation and pairs with a remote app (iOS or Android) for additional remote controlling features.

On the motorcycle hardware side of things, the Lacama sports an aluminum frame and swingarm, 17″ spoked wheels with either aluminum or carbon hub options, Ohlins shocks both front and rear, and tips the scales at 250 kg (550 lbs).

The Lacama is a powerful electric motorcycle in its own right, but what separates it from most other electric motorcycles out there is the high degree of customization that Italian Volt offers to its customers, along with the hand-built nature of the bikes.

As Colombo told Electrek in an email:

“The uniqueness of our LACAMA motorcycle is that we do bespoke design and each piece is made to order based on our customer’s will. As of now, we have just started the pre-order campaign to help prioritise next year delivery as we will only manufacture 25 bikes which are almost already sold.” 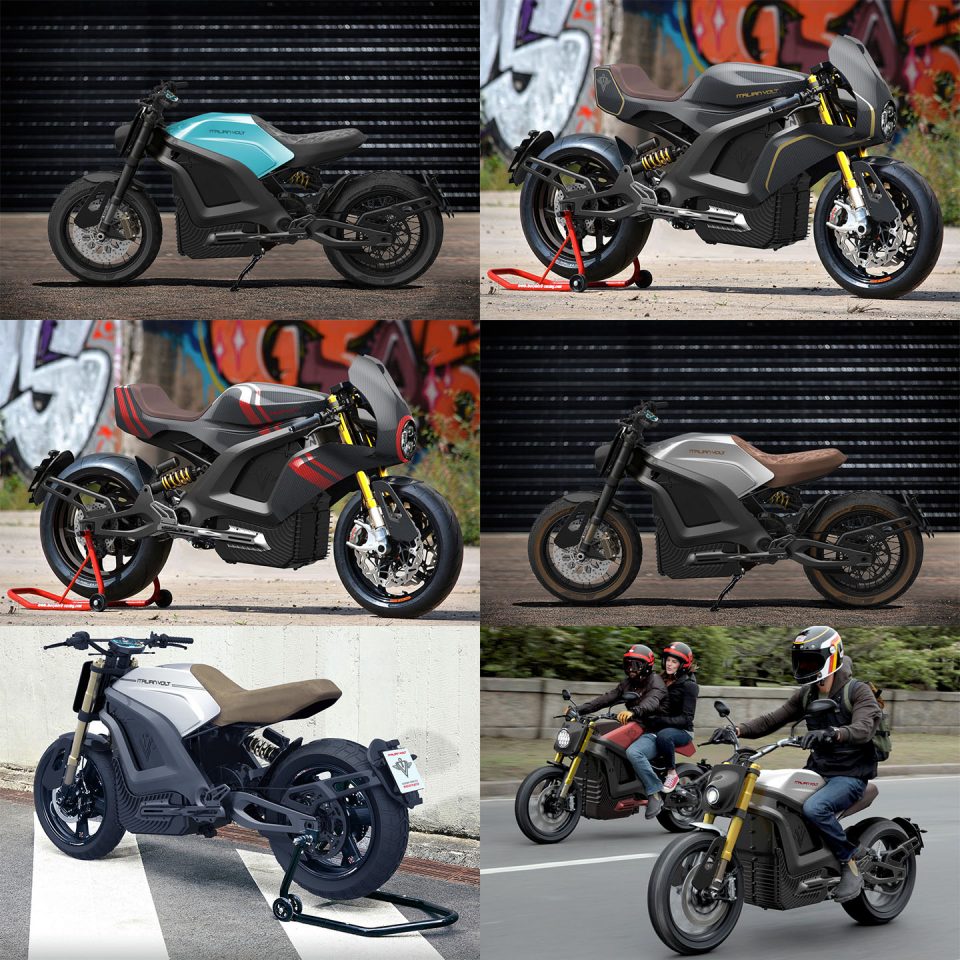 Pre-orders are now open with delivery anticipated by the end of 2018, but the Lacama isn’t cheap. For $250 down, you can reserve and begin to customize your bike. But it’s going to cost another $37,750 to make it yours.

Want to get a closer look at the Lacama? Then you’d better make your way to the Goodwood Festival of Speed next month in England, where the bike will be on display.

The customization aspect of the Lacama is nice, and something we’ve only seen sparingly in the electric motorcycle industry. When you’re forking over this much money on a machine, it’s nice to be able to make it your own.

Regarding the design, while I’d love to see the battery hidden a bit more, there’s just not a lot of space for a massive 15 kWh pack. And at the end of the day, everyone who says they want a lighter electric motorcycle with a smaller looking battery gets angry when you reduce the range, as if the two things could be magically separated. So for such a large battery, I suppose it’s actually fairly well integrated.

I think the Lacama would be a cool bike to own, but it’s really meant for early adopters with the kind of disposable income that something like this requires.

That’s a reasonable strategy to take, and is how Tesla began. They didn’t start with the Model 3, they started with the much more premium Roadster.

And even when they got to the Model 3 after almost a decade of selling premium cars, the first Model 3s have been the more premium and higher spec’d models that make more profit for the company, helping them stay afloat and reach their ultimate goal of electric vehicles that are affordable for the masses.

A luxury electric motorcycle probably isn’t in the stars for me in the near future, but I like seeing more options for all kinds of electric vehicles, so this is definitely a welcome addition to the market.