We’ve seen a lot of electric sport bikes debut this year, but there has been a noticeable lack of electric cruiser motorcycles. Now NeuWai is planning to release one of each next year, plus a couple electric scooters to boot.

NeuWai is a new brand established by the Chinese Sunguo Motors. NeuWai made a splash at this year’s Seoul Motor Show, where it showed off four new electric two-wheelers.

NeuWai is calling its MT104 model a touring bike, though the maximum range of 140 km (87 miles) doesn’t leave a lot of room for touring. And that’s despite NeuWai planning to outfit the MT104 with a 19 kWh battery, one of the largest in the electric motorcycle industry. Of course, the upright riding nature of electric cruiser motorcycles doesn’t do any favors for range and efficiency. 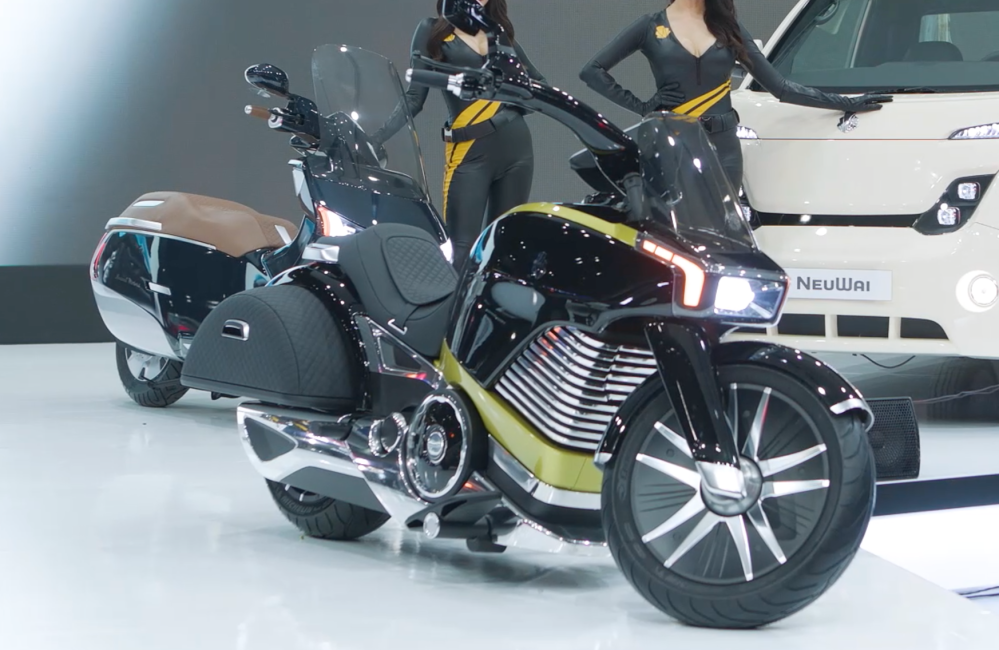 The MT104 features a 20 kW continuous, 35 kW peak motor. The company provides a top speed of 150 km/h (93 mph) for the bike, but says that can be modified depending on the region.

The low standover height of the seat on the MT104, coming in at just 69 cm (27 inches), along with the forward-mounted foot pegs and high bars give this fared electric motorcycle a true cruiser feel. And with a pillion seat, two will be able to enjoy this bike.

The MF104 is built on a similar powertrain, offering the same 19 kWh battery as the cruiser-style MT104 above. 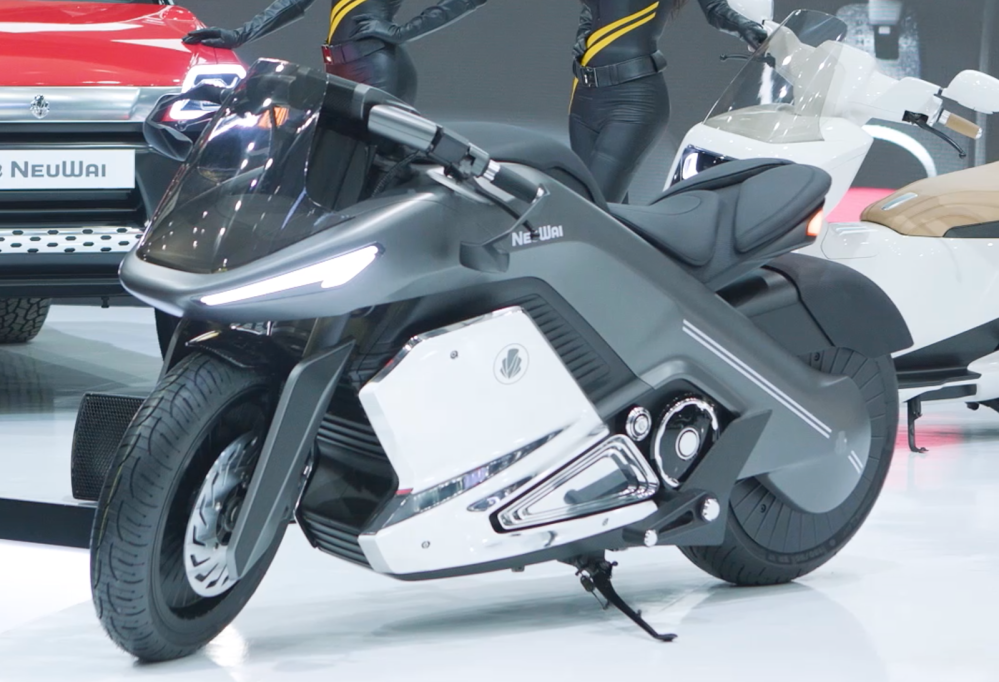 However, the motor power has been increased to 25 kW continuous and 40 kW peak. That gives a boost to the top speed, which comes in at 200 km/h (124 mph). That doesn’t make the NeuWai MF104 the fastest electric sport bike out there, but it’s definitely in good company.

Despite having the same-size battery and higher-power motor as compared to the MT104, the MF104 actually gets a slightly higher range estimate at 150 km (93 miles). The crouched riding position likely helps improve the efficiency of the sport bike, as compared to the MT104 cruiser, at least when kept to reasonable highway speeds.

Not just motorcycles, but electric scooters, too

NeuWai also has a pair of electric scooters coming out next year: the CN104 and CL104.

Both offer step-through designs that have proven popular with a rash of new electric scooter offerings in the market.

The CN104 is the smaller of the two and comes with a 3.6 kW continuous, 6.6 kW peak power motor. It has a top speed of 90 km/h (55 mph), making it faster than most European-style electric scooters. The 45 km (28 mile) range from the 2.3 kWh battery may be a bit limiting for some riders, though. And despite having a seat made for two, the CN104 is technically only rated for a single rider.

There aren’t many electric scooters on the market yet that can reach 100 km/h, though lately we’ve been seeing an increasing number of high-speed scooters.

NeuWai hasn’t released pricing or availability information yet, only saying that production and delivery is slated to begin early next year. As soon as we know more details about where (and for how much) riders will be able to hop on these electric motorcycles and scooters, we’ll be sure to let you know.

What do you think of NeuWai’s designs? Will they be real competition to other major electric motorcycle and electric scooter manufacturers in China? Let us know in the comments below!