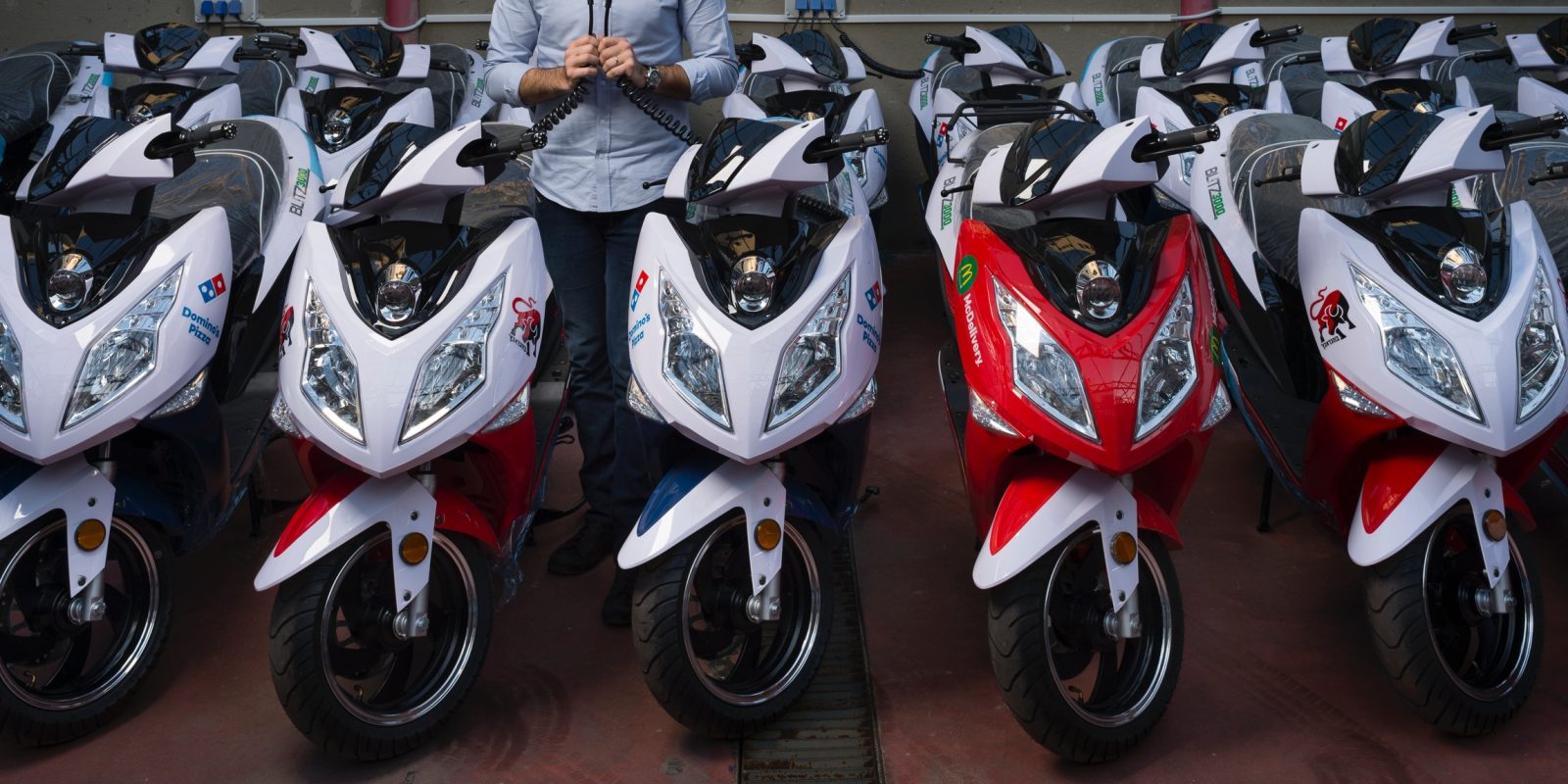 While most electric scooter companies have largely stuck to lower speed urban scooters in the 45-75 km/h (28-46 mph) range, Blitz Motors has always wanted to go faster. That’s why the company has focused on electric scooters designed not just for traveling within cities, but also between them. And with the release of its newest model, the BLITZ3000X, the company is charging forward faster than ever.

Tel Aviv-based Blitz Motors was founded way back in 2012 by Raphael Moszynski. The company had one goal: to develop efficient electric scooters for navigating between Israeli cities. And now that Blitz has accomplished that, the company has its sights set on international expansion to Europe and India.

Those speeds aren’t unheard of, though they are still rare among electric scooters. Offerings from Gogoro and Silence, as well as the BMW C Evolution are some of the few that can reach or surpass minimum highway speeds. 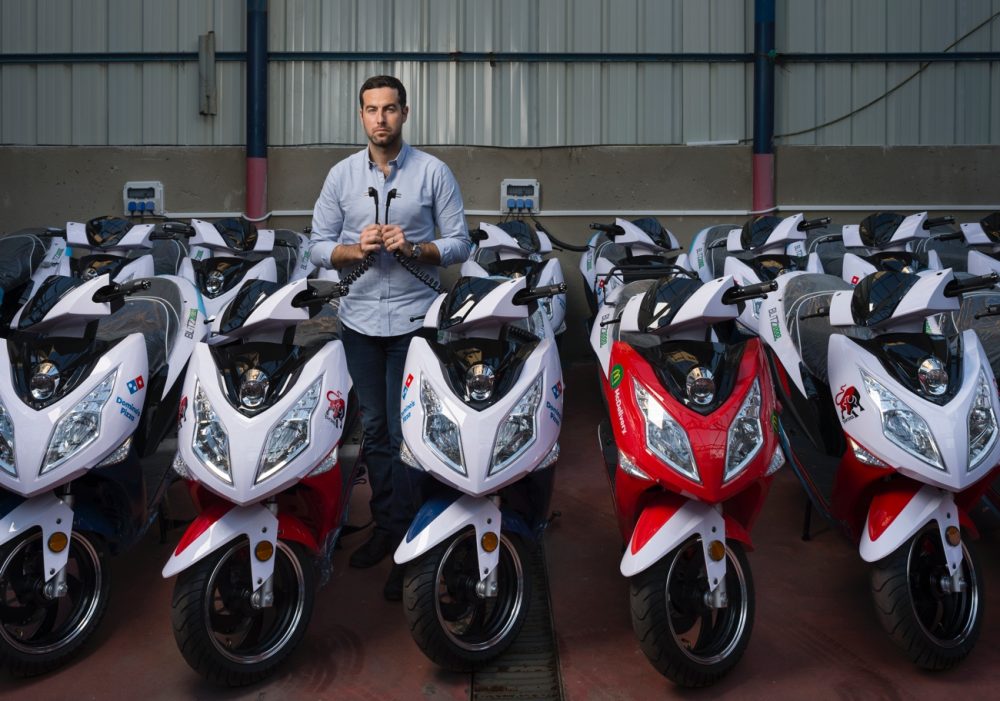 So far Blitz has racked up an impressive amount of testing, reaching over 20 million kilometers on their fleet of 1,600 scooters. While the company also offers scooters to private consumers, the majority of their vehicles are used by commercial fleet operators. Employed as delivery scooters, Blitz’s electric scooters are currently making deliveries for companies like Pizza Hut, Domino’s, and McDonald’s.

The newly designed 1.5 kWh swappable batteries in the BLITZ3000X make it particularly well suited for commercial use in large fleets. The 7 kg (15 lb) batteries can be removed and replaced with a freshly charged battery in 30 seconds. And the BLITZ3000X can carry up to 3 batteries for a combined 4.5 kWh of capacity. That is around ten times the capacity of a standard electric bicycle. 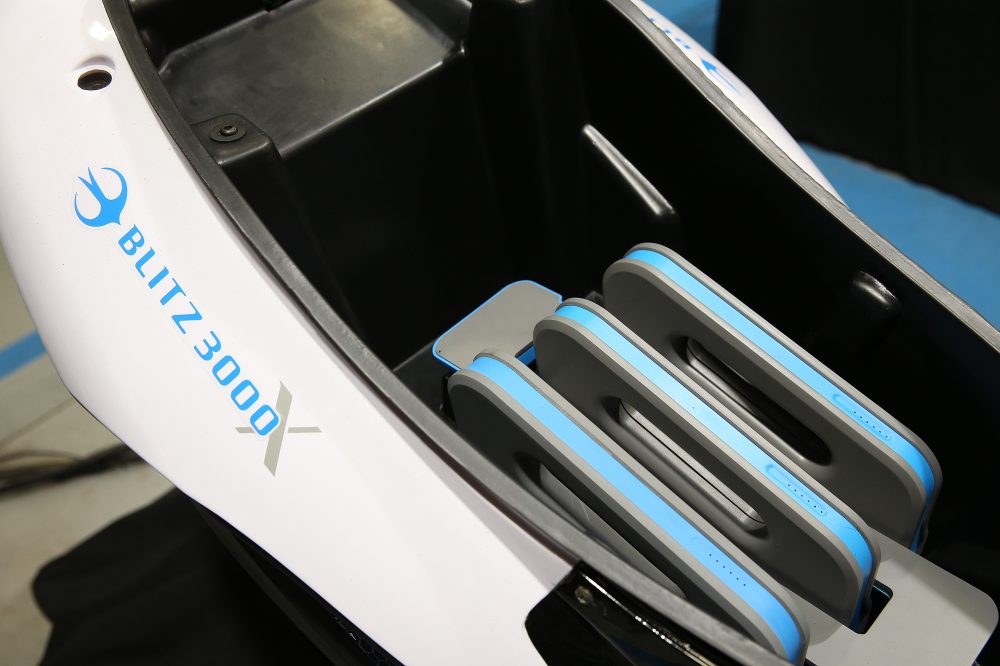 There’s also an external charging dock that can hold two batteries and recharge them in just 2 hours, as seen in the BLITZ3000X teaser video below:

“A scooter with exchangeable batteries fully solves the ‘range anxiety’ for riders. This is a perfect solution for business customers who own scooter fleets for deliveries. In principle, two scooters with three batteries can travel continuously without having to stop and charge the scooters themselves. This is a significant breakthrough compared to the other vehicles currently available in the global market. And we are proud to announce that the early registration for BLITZ3000X has already aroused tremendous interest among many existing and new customers, placing BLITZ as a leading brand in the electric transport market.”

Blitz Motors’ scooters are designed in Israel using a domestic design for the batteries and BMS as well. Production occurs at the company’s factory in China. Blitz is currently working on expanding to the EU and Indian markets. Scooters for the EU will still be made at Blitz’s current factory, while Indian scooters would be made at a new Indian factory. 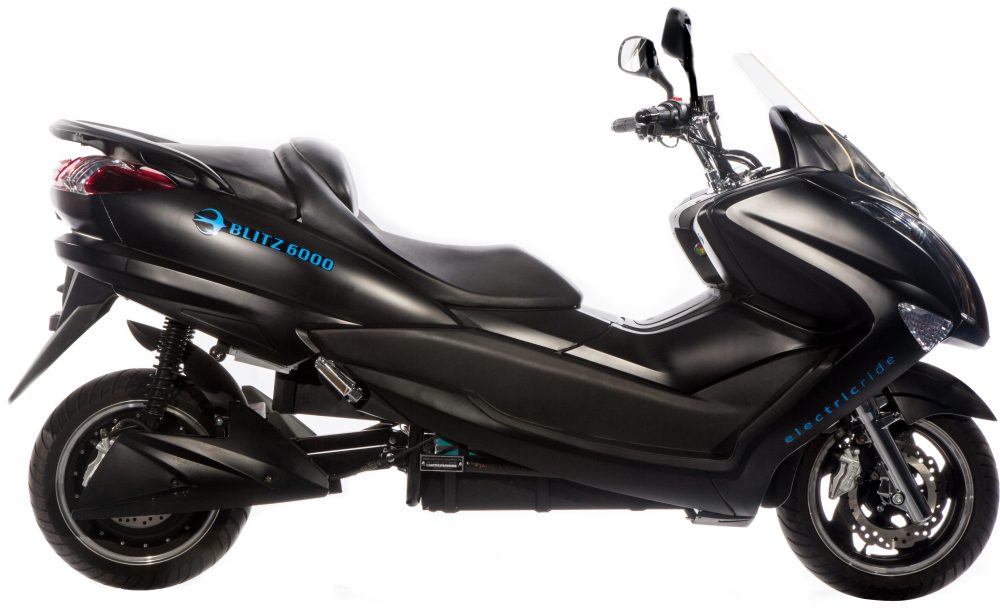 The first Europeans to get their hands on a Blitz scooter will be those in Belgium, Luxembourg, and the Netherlands after Blitz opens their European headquarters in September of this year. Blitz may face some steep competition there from established Benelux companies like Etergo and UJET. India has its own local competition as well from companies like Ather Energy. But so far Blitz seems undeterred and ready to charge forward.

I first visited Blitz back in 2016 and was immediately impressed with the company’s scooters. While much of the international market has been catching up to some of their early advances, there still aren’t many electric scooters designed for highway speeds.

Now with the debut of the company’s new BLITZ3000X, Blitz seems to be well on its way to competing in the international market. And with a top speed of 90 km/h (56 mph) on the smaller scooter and 120 km/h (75 mph) on the larger scooter, the ability to travel on larger roads between cities will be a blessing.

While the 3 kW figure might sound low, that is almost certainly the continuous power rating, not the peak power. Just like when we tested the 3 kW CSC City Slicker urban electric motorcycle and found it to be putting out higher peak power, such is likely the case with the BLITZ3000X.

The original brick-shaped batteries that I saw in Blitz scooters three years ago were nice, but the updated swappable batteries in the BLITZ3000X are quite slick looking. Blitz is hitting the marketing on the new redesigned BLITZ3000X hard, referring to the swappable battery design as giving it “unlimited range”. I get where they are going with it, especially for their fleet customers that will undoubtedly use those fancy charging docks. But for the rest of us consumers, 200 km (120 mi) of range is fine… I don’t need unlimited range for my morning commute. 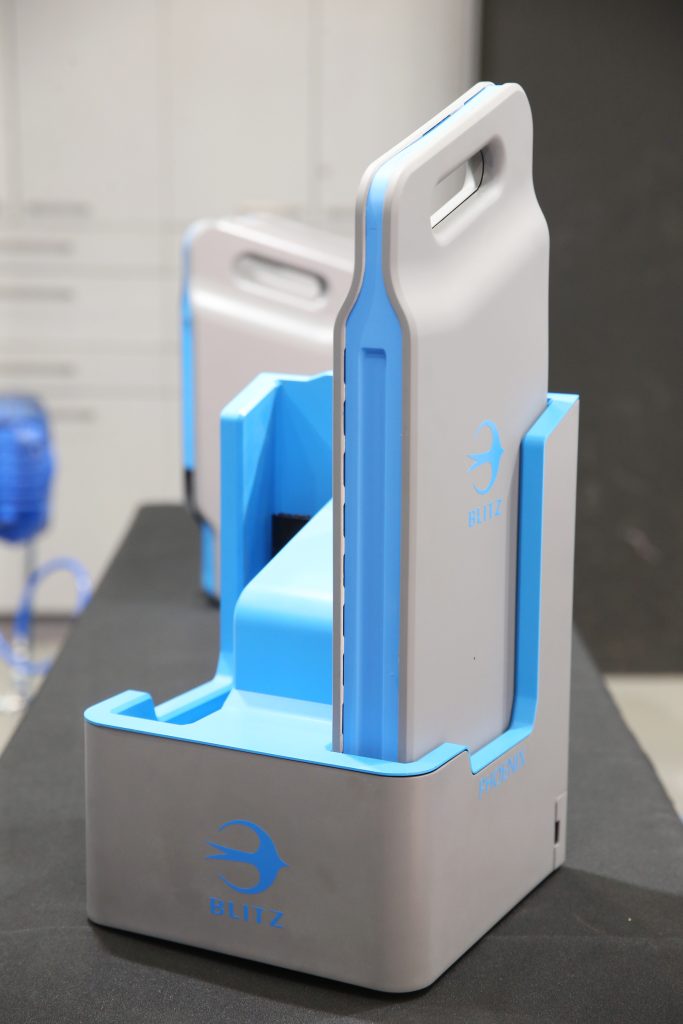 I hope to get on a Blitz scooter soon for a test ride and then report back. And with any luck, we’ll be able to do a longer-term full review of the new BLITZ3000X.

What do you guys think of these fast electric scooters? Let us know in the comments below!