Now the company is ready to move to production of the Pilot-Series vehicles.

Arcimoto’s three-wheeled EV, previously known as the SRK, has an updated moniker. It is now known as the Fun Utility Vehicle (FUV).

The FUV is a semi-enclosed motorcycle-class vehicle. It adopts a tadpole trike configuration with two wheels in the front. Tadpole trikes are more stable than conventional two rear-wheeled tricycles. Thus, this design is much more common in three–wheeled EVs.

Other examples of electric tadpole trikes include the electric T-Rex, Sondors EV, Electra Meccanica’s SOLO and even electric bike-cars such as the PEBL and ELF.

The vehicle has been in various stages of development for the past 10 years. Recently the company has begun making accelerated progress towards higher production rates of the FUV.

Arcimoto has now finished road-testing of the Beta-Series vehicles and this week began production of 25 more vehicles in the Pilot Series.

The Pilot Series of FUVs marks the transition to semi-automated manufacture of all custom frame and chassis components completely in-house at the Arcimoto Manufacturing Plant. These vehicles represent the final production series of the FUV before Retail Series production begins, expected by the end of 2018.

According to Arcimoto’s president and founder Mark Frohnmayer:

“On-roading the Beta Series is a huge step forward for Arcimoto. Our pace of production has improved between the Signature and Beta Series, from more than a year for the 10 Signatures to just over a quarter for the first drives of 15 Betas. We expect a similar increase in pace with the Pilot Series. With each FUV we build, we learn invaluable lessons on how to refine and streamline our manufacturing process as we march toward Retail Series production, expected later this year. The starting line is in sight, and we couldn’t be more amped.”

Arcimoto’s Beta Fleet to be transitioned to rental vehicles

The Company expects that the Beta fleet, which has now finished testing, will be used primarily as rental vehicles.

Five FUVs will be used by the company at an Arcimoto rental location, expected to open later this year in Eugene, Oregon.

Another five FUVs will be used as rentals by the Company’s partner, HulaCar in San Diego.

The remaining five FUVs have been purchased by Arcimoto Pioneers, a group of key, early pre-order customers. 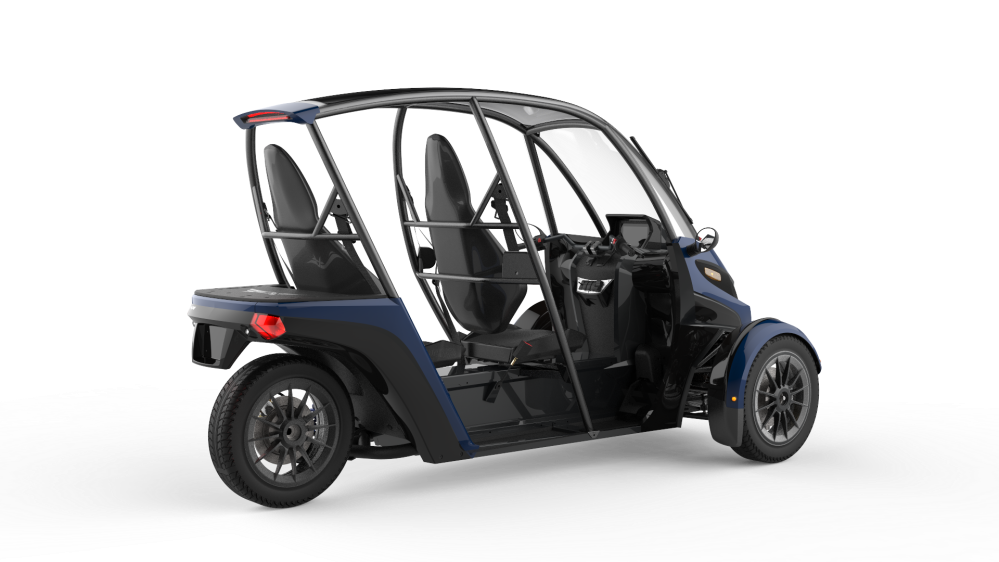 In addition to the first five early pre-order customers who will receive one of the Beta Series FUVs, many more customers are still waiting.

The FUV starts at $11,900 for the base model. Additional add-ons will be available to make the semi-enclosed vehicle more practical, including soft and hard-sided enclosures, climate control and other accessories. Pricing for add-ons has not yet been determined. 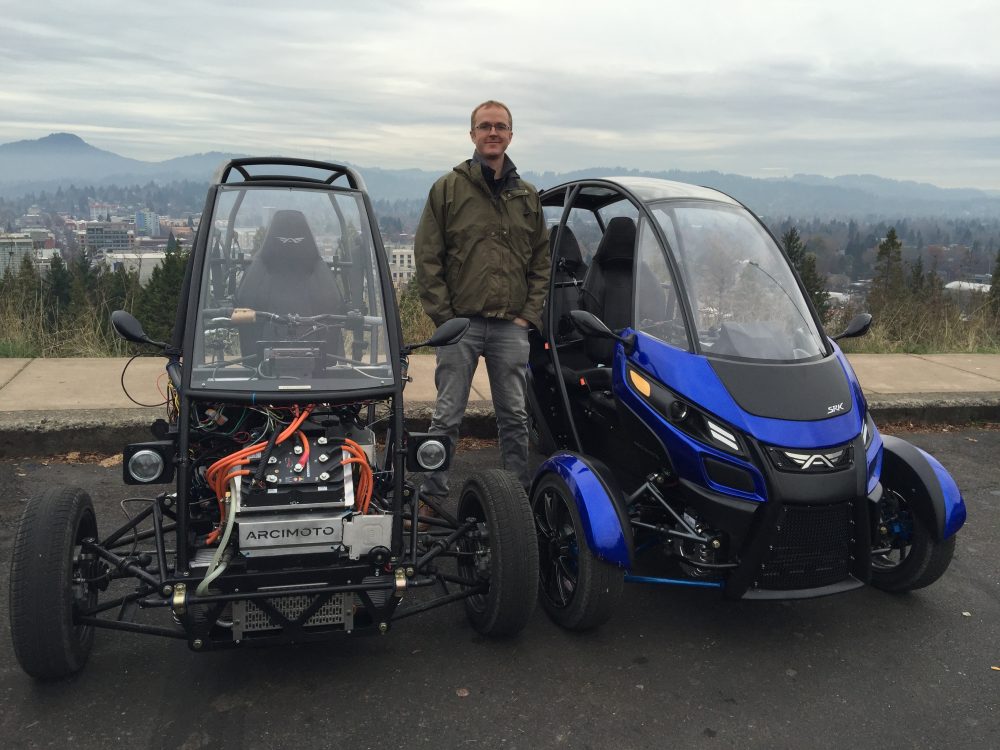 Reaching production was slower going than was initially expected, but that isn’t really out of the ordinary for a new automotive company building an entirely new type of vehicle. And recently the pace of production has increased, which is a promising sign for Arcimoto.

The FUV itself seems like a lot of fun, as you can see when our Editor-in-Chief Fred Lambert took an early production model for a test drive:

I believe the $11,900 price for the base model is quite fair, considering what you are getting. For a similar price you can get a Zero electric motorcycle.

The FUV is not quite as fast as a Zero electric motorcycle, but it isn’t really meant to be the most sporty vehicle. With a 0-60 time of over 7 seconds, it is peppy enough for traffic while still being more practical for passengers and light cargo than an electric motorcycle.

The public appears to have agreed, based on the number of pre-orders.

I can’t really justify one for me, as I’d probably rather pick up a $2,000 electric motorcycle for city use. But I can’t deny the usefulness of a vehicle like the FUV. I’d love to make one my daily driver, though I’d probably add one of the enclosure packages to make it a little more all-weather.

What do you think of the FUV? Let us know in the comments below.