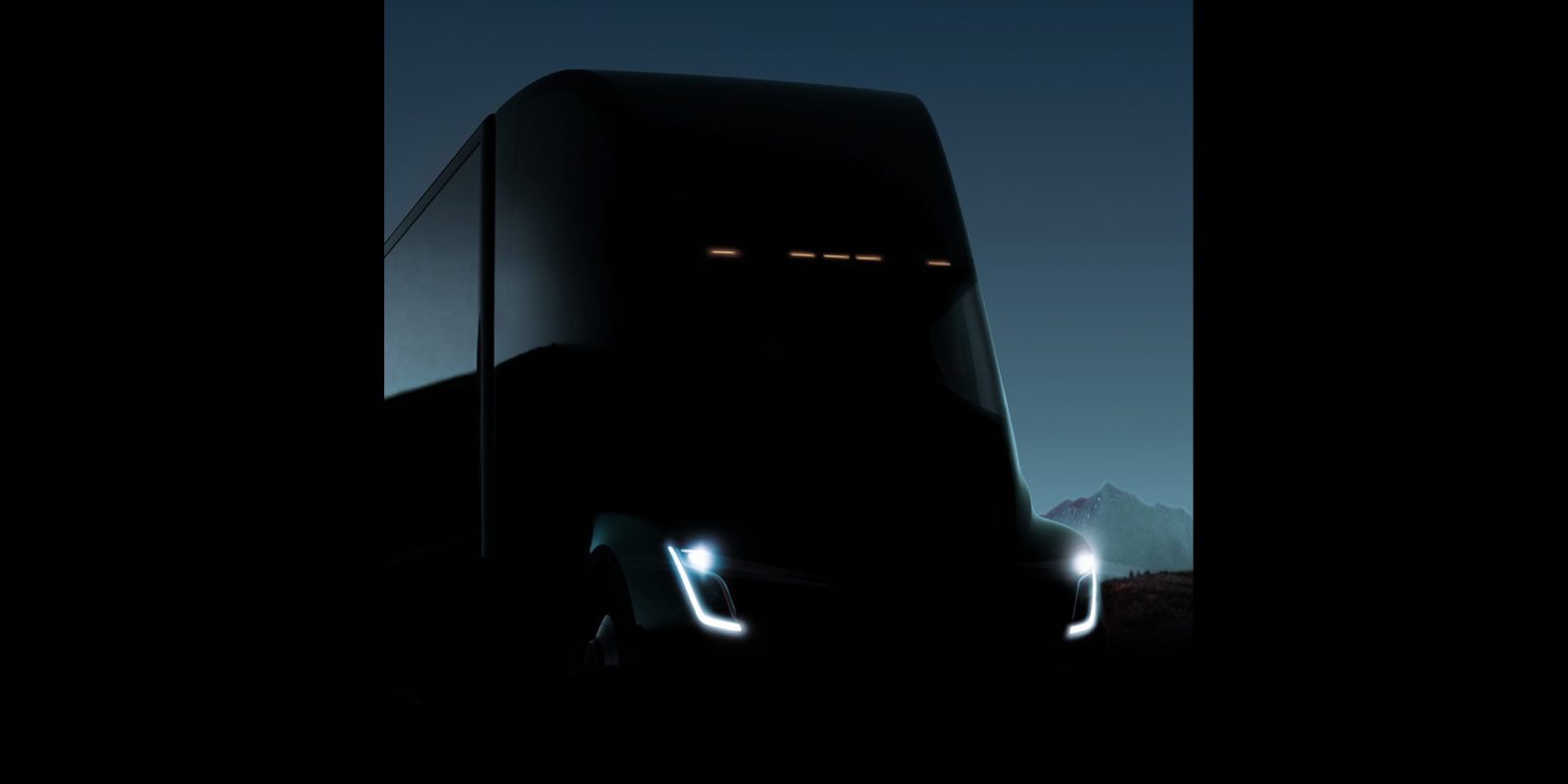 Tesla sent out the invites to its ‘Tesla Semi’ unveiling event in Hawthorne on November 16 and with the invites, it released a new teaser image.

The event was originally planned for last month, but CEO Elon Musk pushed the electric truck unveiling to Nov 16 “in order to focus on Model 3 production bottlenecks and battery production to help Puerto Rico recover from power outages affecting them since they were hit by hurricanes two months ago.”

Now the new date seems more concrete as Tesla sent out the invites to Tesla owners who had enough referrals through the latest round of the referral program for Model S and Model X.

Here’s a screenshot of the invite that Tesla sent out today: 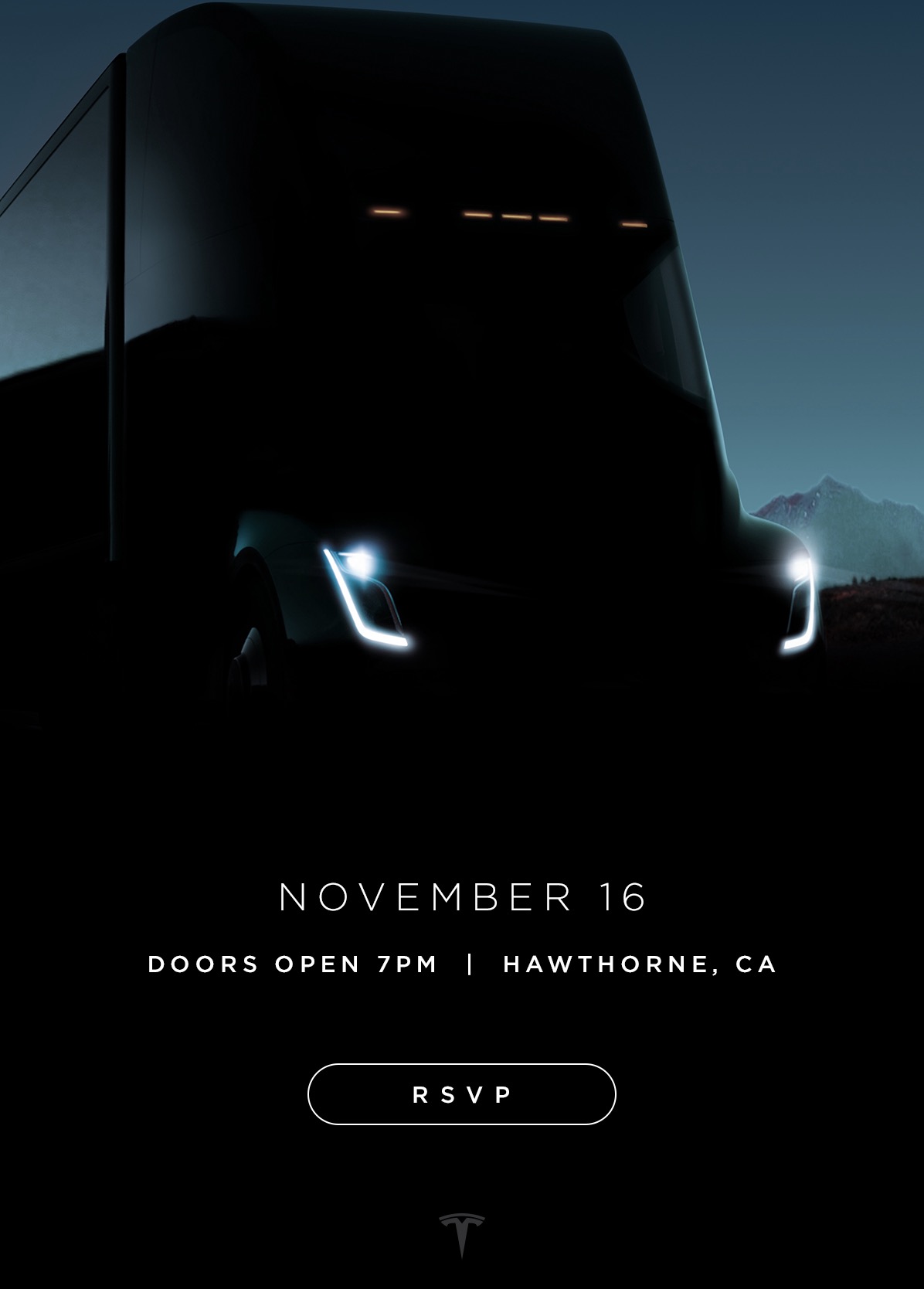 As you can see, it features a new teaser image of the electric truck, which Tesla is referring to as ‘the Tesla Truck’ instead of ‘Tesla Semi’ as it used to call it.

Tesla’s electric truck prototype was first spotted last month and videos of the automaker’s truck test mule emerged after that.

Aside from the design and Musk teasing a few record-breaking specs in terms of torque and handling, not much is known about Tesla’s latest product.

Last month, Musk boasted that the truck has better specs than anything that was suggested in the media to date.

Over the past few months and weeks leading up to Tesla’s unveiling, several other companies have unveiled new electric truck prototypes.  Cummins unveiled its first prototype electric truck, VW announced a large $1.7 billion investment to bring electric trucks and buses to market, and just last week Daimler unveiled a heavy-duty all-electric truck concept with ‘up to 220 miles’ range.

While Tesla is also only expected to unveil a prototype, the company has expressed some serious intentions to bring the truck to volume production within the next 2 years.

The event should also prove interesting for another reason. At the Tesla shareholders meeting this summer, Musk teased “some unannounced” to be unveiled at the event.

We should know more in just over 2 weeks. In the meantime, we will keep you updated.