This morning Tesla updated the pre-order webpage for its upcoming all-electric SUV, the Model X, to indicate that new reservations will only ship out during the “second half of 2016”. Only yesterday, the estimate was “early 2016”, but with a growing backlog of reservations ahead of the September 29th launch, it is not surprising for Tesla to warn new buyers about the delivery schedule. According to a reservation tally, Tesla could already have over 30,000 Model X reservations with deposits. Even if this number ends up being inaccurate by 10-15%, it is still an important backlog to go through for a manufacturer expected to produce 50,000 to 55,000 cars this year.

Tesla is expected to deliver the first few Model X’s at the September 29th launch, and then ramp up production through the fourth quarter.

The company delivered 21,552 Model S’s during the first half of the year and it is expected to deliver between 11,000 and 12,000 more during the third quarter. 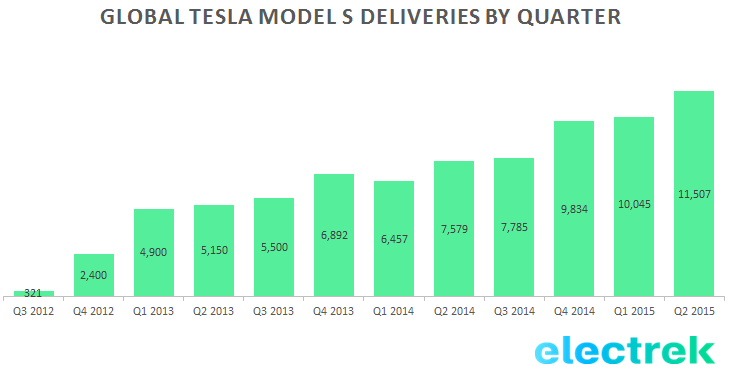 It would leave about 20,000 cars to deliver in the fourth quarter in order to achieve the company’s goal, but it is unclear how many units the Model X is expected to contribute to this goal.

During the conference call discussing Tesla’s most recent financial results, CEO Elon Musk said that he expects the Model X production ramp up to be difficult.