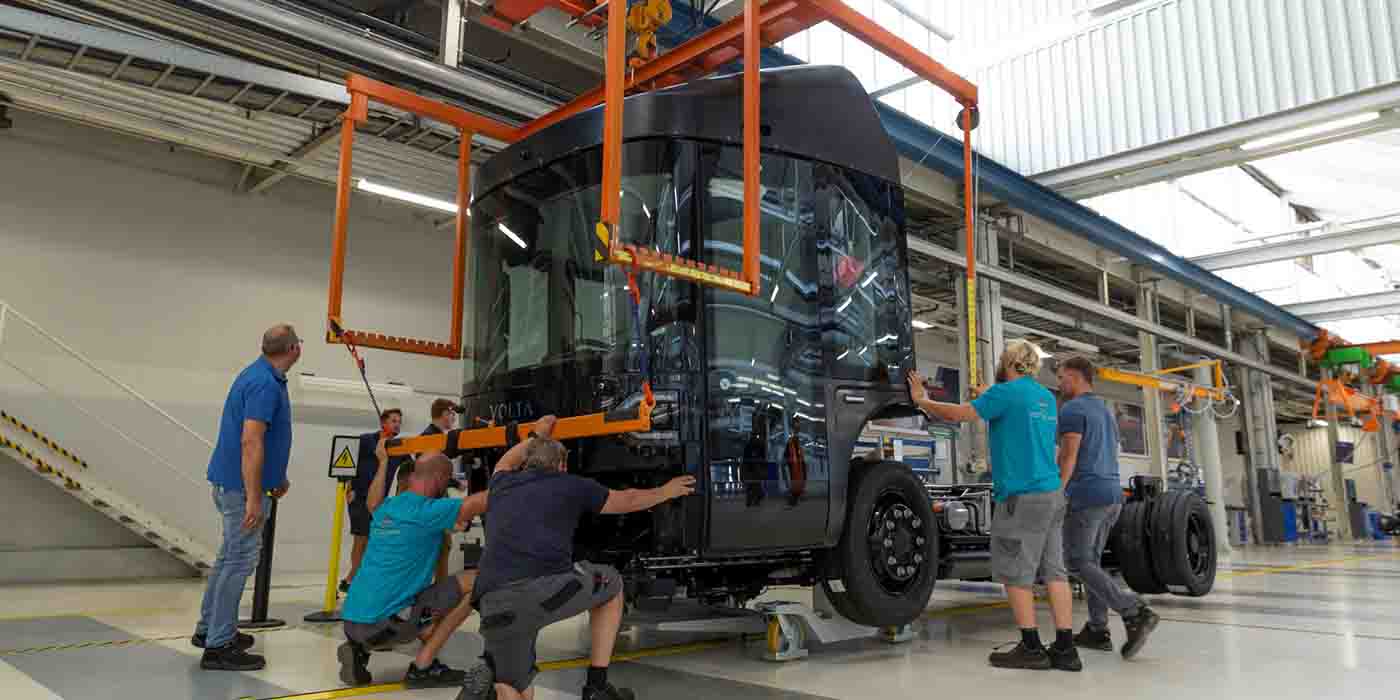 Commercial EV startup Volta Trucks has shared another major milestone in its lightning fast 12-month journey in bringing its flagship Zero truck into production. The very first Volta Zero truck has rolled off its assembly line in Austria, kicking off a series of validation prototypes for customers before full commercial production next year.

Volta Trucks is a London-based commercial EV startup offering “Trucks as a Service” (TaaS) with additional offices in Sweden and France. Since its inception in 2019, Volta has been consistently working to deliver its first commercial truck, the Volta Zero, which initially debuted as a concept drawing.

Volta has moved at a much quicker pace than many other startups, beginning with the 16-ton version of the Volta Zero. For instance, that model has already been joined by plans for three additional variations.

Those smaller versions were unveiled this past spring and are scheduled to arrive to customers in 2025. Before then, however, a larger, 18-ton version of the Volta Zero will join the original 16-ton truck. Add plans to deliver Volta Zero trucks to the US in mid-2023, starting in Los Angeles, and it’s easy to recognize that the startup is perpetually thinking five steps ahead, although it still needs to reach start of production overseas first.

Just last week, Volta shared progress of the Zero prototypes being tested under extremely hot conditions, but failed to mention any production updates. Today, however, the company shared that the very first Zero truck has rolled off its assembly line, kicking off the model’s last phase before commercial production.

Although this is the first Volta Zero truck to be assembled in Steyr, Austria where all future models will be built by contract manufacturer Steyr Automotive, it is not quite the official start of production yet, but it’s close. According to the startup, this “landmark vehicle” is the first in a series of second-generation production-validation prototypes that will form a pilot fleet.

These final prototypes will be loaned to fleet customers throughout 2022 and into early 2023 in order for them to experience the all-electric trucks first hand and better understand how and where they can fit into each one’s daily operations. Volta Trucks co-founder and chief manufacturing and logistics officer Kjell Walöen spoke as the first truck rolled off the assembly line:

This first vehicle rolling off the line at our manufacturing plant in Steyr is the latest significant milestone on the Volta Trucks journey towards the start of production of customers’ vehicles. To have achieved this significant landmark in just 12 months is a testament to the pace that we are working at to deliver the safest and most sustainable trucks to urban streets, and the excellent collaboration we have with our partners at Steyr Automotive. Their team has used generations of premium truck-building experience to deliver the first Volta Zero off the production line on time, and to the highest quality standards.

Steyr Automotive was awarded the contract from Volta Trucks last summer and has already allocated a production capacity of 14,000 all-electric trucks per year. Speaking of production, Volta Trucks states that commercial assembly is scheduled to begin in early 2023, following the aforementioned pilot fleet program.

Additional models and trucks shipped overseas to the US are scheduled to follow in 2023 and into 2024. You can check out the Volta Zero truck being tested in extreme weather conditions earlier this month in the video below: