Volta Trucks unveils the 7.5- and 12-ton variants of its fully-electric Volta Zero 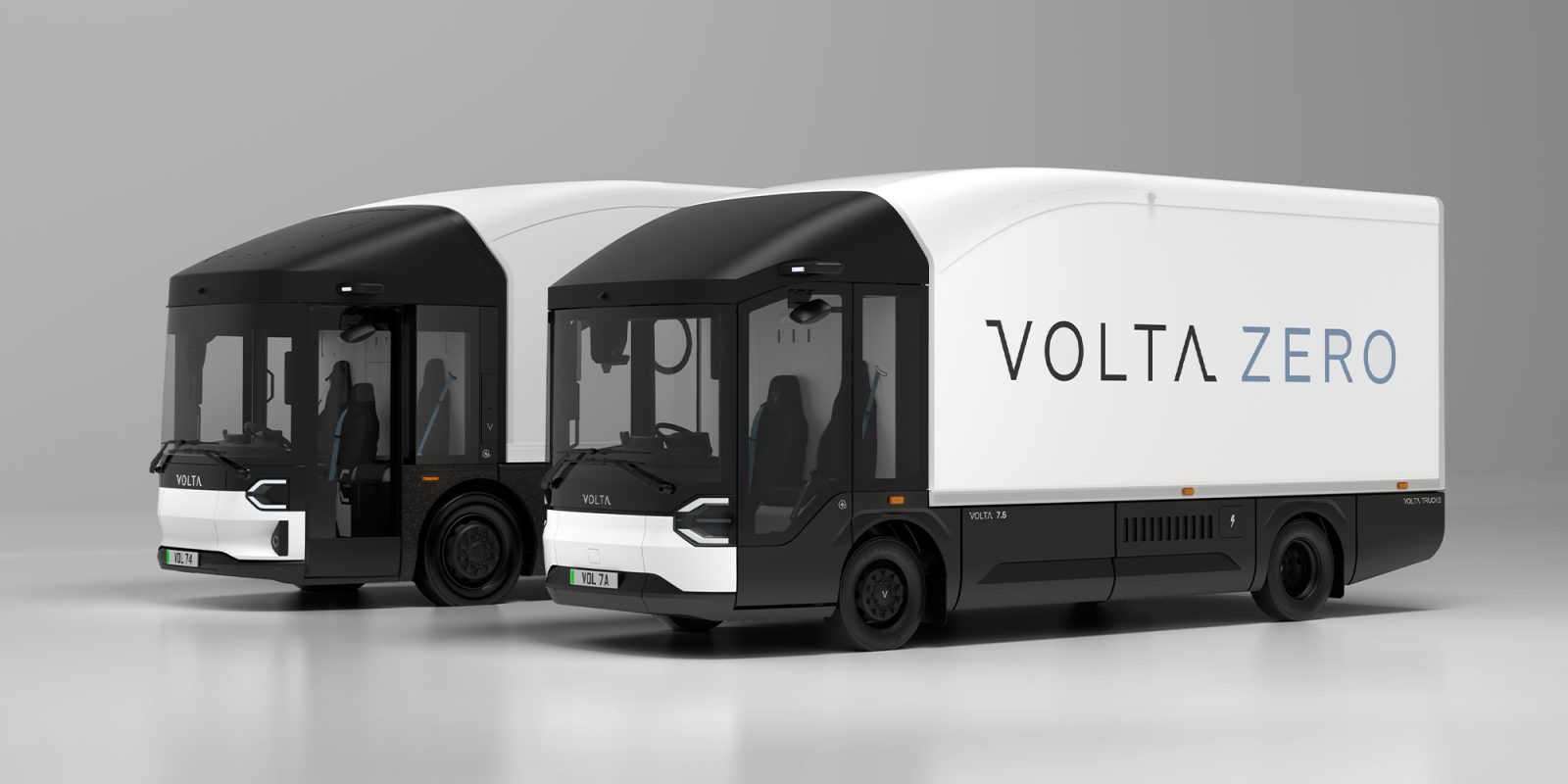 Volta Trucks is a fully-electric commercial vehicle startup and “Trucks as a Service” (TaaS) company founded in London in 2019. It has since opened additional offices in Sweden and France as it works toward delivery of its first commercial EV, the Volta Zero.

The initial 16-ton version of the Volta Zero was launched in 2020 followed by plans for three additional variations. Most recently, the commercial manufacturer received €230 million in series C funding to get the 16-ton Volta Zero Trucks into production.

At the time, Volta said the money will fund a fleet of design verification 16-ton prototypes for engineering, development, and testing, as well as a fleet of product verification trucks that will be evaluated by customers in London and Paris in mid-2022.

The Series C funding also includes capital to develop the 7.5- and 12-ton Volta Zero Truck variations as well. With its latest announcement, Volta has shared images and design details of its next two versions of the Zero Trucks before they begin production.

According to the most recent press release from Volta, the 7.5- and 12-ton variations will complete the Zero Truck lineup following deliveries of the 16- and 18-ton versions over the next two years. Volta states that its smaller variations will bear “a close, but evolutionary visual relationship” to the 16-ton version currently in development.

While they will vary from the original, the smaller versions of the Zero trucks will be identical to one another from the front. With that said, the 12-ton variant will sit upon a larger chassis and a second set of rear wheels to support its larger payload capacity (TBA). Volta CEO Essa Al-Saleh spoke to the growing lineup of all-electric Zero trucks:

The forthcoming 7.5- and 12-ton models complete the full-electric Volta Zero product family. They’ll sit alongside our 16-tonne vehicle, that’s currently engaged in extensive testing ahead of the first customer use later this year, and the 18-ton vehicle that will start production in mid-2023. Our customers tell us that they really appreciate the safety and zero-emission attributes of the 16-ton Volta Zero, but also need smaller 7.5- and 12-ton vehicles in their operations. Our engineering teams are now scaling rapidly to be able to deliver all four vehicles at pace, as our customers ask of us.

Volta shared that it began developing its last two tuck variations this past December with a pilot fleet scheduled to begin customer trials in 2024. Series production for the 7.5- and 12-ton trucks is on pace to begin in early 2025.