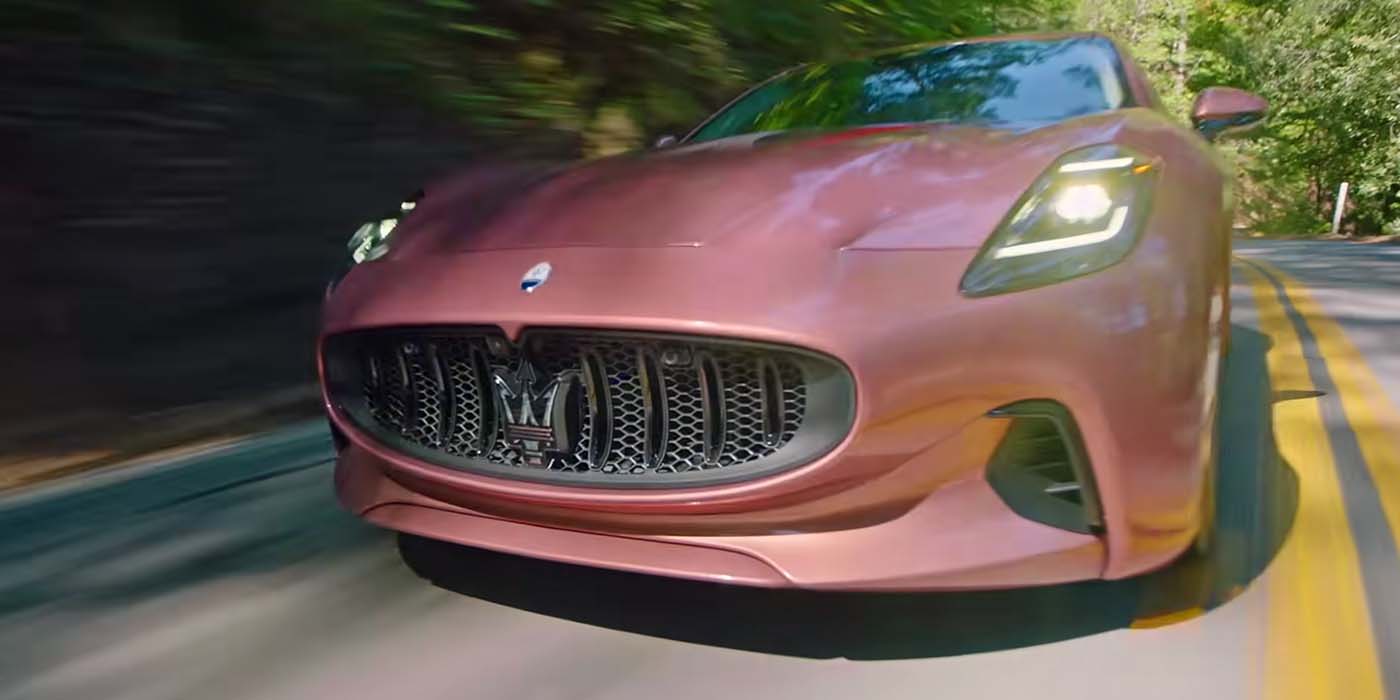 Italian luxury automaker Maserati has shared the latest update in becoming an all-electric brand by taking comedian Sebastian Maniscalco for a spin in its new GranTurismo Folgore EV. Check out video footage below offering the first glimpse of this Maserati EV in action, as its designers share some of its specs before production begins next year.

“The Trident,” aka Maserati S.p.A., is an Italian automaker originally founded during World War I which currently exists as a subsidiary of Stellantis.

In 2018, FCA (the precursor to Stellantis) announced electrification plans that included several Maserati vehicles, but most of them were plug-in hybrids. However, during a 2020 event, Maserati introduced a new “Folgore” brand of “electrified vehicles” to be implemented by 2025.

Originally, the head of Maserati said “electrified” meant both hybrid and full-electric vehicles. However, the Italian automaker followed Stellantis’ revamped electrification strategy and clarified that it will indeed offer a BEV version of each of its models by 2025 (not hybrids or PHEVs).

Now, Maserati has not only shared footage of the GranTurismo Folgore EV in action, but has also shared some of its performance specs.

Watch Sebastian Maniscalco hold on in a Maserati Folgore EV

The first extended look at the GranTurismo Folgore EV was posted to YouTube by Maserati this week and includes a special passenger – comedian Sebastian Maniscalco, who has deep Italian heritage.

It’s interesting that Maserati would choose someone like Maniscalco, who seemingly didn’t know the sports car was entirely electric until he was getting inside of it. As you’ll see in the video below, the comedian tries to take a crack at EVs, describing them as “boring.” But before he can even finish his thought, Maserati head of design Klaus Busse hits the accelerator, causing Maniscalco to quickly clinch up his mouth (and possibly other orifices).

As Busse continues accelerating around the winding roads of California, his passenger is so focused on gripping the center console, that his humor takes a backseat. You can see he is visibly uncomfortable at how fast the Maserati EV is moving.

How fast can it move? Maserati’s CCO Maria Conti chuckles at Maniscalco’s mix of fear and pure elation from the back seat as she reveals that the upcoming GranTurismo Folgore can accelerate 0-60 mph in 2.6 seconds (0-100 km/h in 2.7 sec) and can reach a top speed over 200 mph (320+ km/h).

Conti also shares that the 2023 Maserati EV will be able to gather 100 miles of range in 10 minutes of ultra-fast charging. Other than that, we don’t get many more details on the spec front, but the video does offer plenty of footage of the upcoming vehicle tearing up roads. It also appears to make an EV believer out of Sebastian Maniscalco, which is encouraging to see.

We are sure to learn more about the Maserati GranTurismo Folgore EV as it moves closer to production next year. For now, check out the full video below.