But the industry is undoubtedly moving forward with all-electric vehicles and now FCA is announcing new electric vehicles coming under its Jeep, Maserati, and Fiat brands within the next 4 years.

FCA is holding its Capital Markets Day and its management made several presentations about the current status of its brands and upcoming new products today.

Currently, Fiat’s e500 and Chrysler’s Pacifica Hybrid van are probably FCA’s most important electrification efforts. The e500 is a compliance car that Marchionne has asked customers not to buy and the Pacifica Hybrid is available in very limited quantities – even fewer when Waymo is buying almost all that Chrysler will make.

But now it looks like FCA’s EV lineup is going to expand significantly over the next few years.  Out of the 45 billion euros they plan to spend until 2022, 9 billion euros will go into electrification, said Marchionne.

The company’s new product plans include several new HEVs and PHEVs across all its brands, but also quite a few new all-electric vehicles (BEVs) by 2022:

Surprisingly, Jeep is one of the brands with the most new all-electric vehicles including all-electric versions of the Renegade, Compass or Wrangler, and Cherokee or Grand Commander: 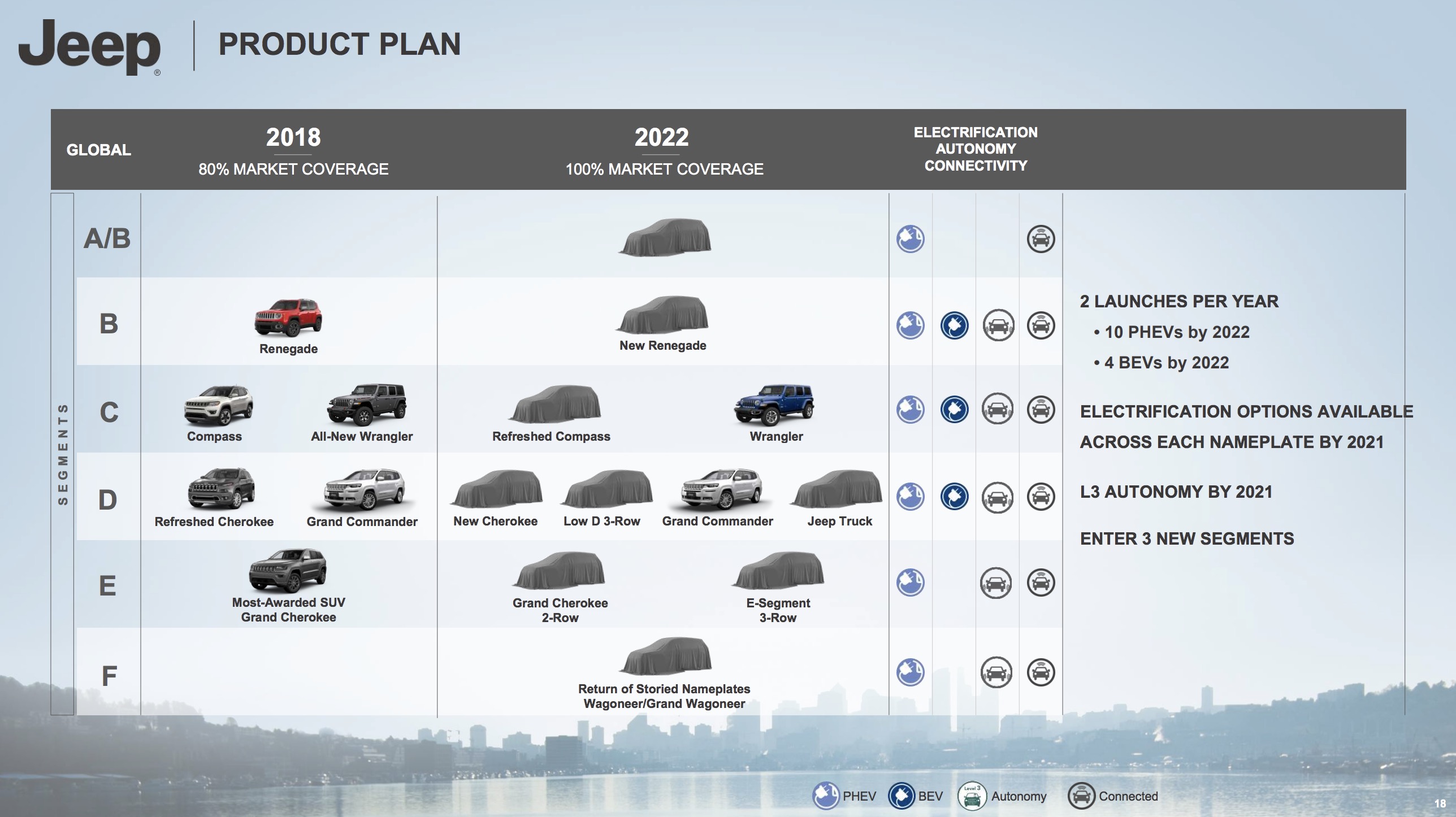 Unfortunately for Europeans and Americans, most of these are destined for China.

Tesla has pushed the luxury segments toward electric vehicles quite rapidly and almost all luxury automakers have since announced several EV programs, but Maserati has been lagging behind.

But now Maserati is going to offer electric options for all models including 4 all-electric vehicles: 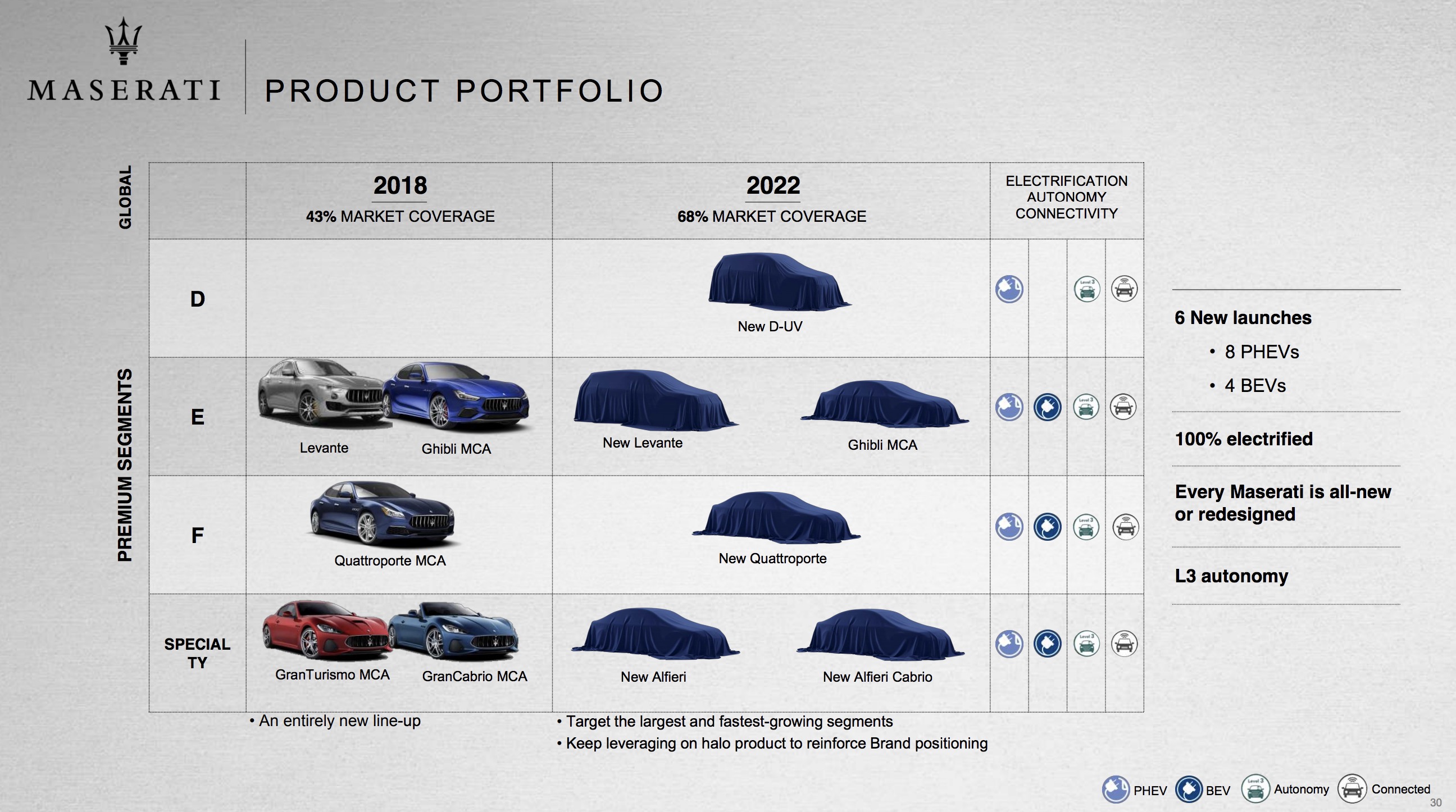 It will also include an all-electric Alfieri coupe. The company released those images in its presentation:

FCA also revealed its upcoming product plan for RAM, but it doesn’t include any all-electric vehicles – only hybrids.

Based on the timeline released by FCA, we shouldn’t expect any new BEVs until 2020: 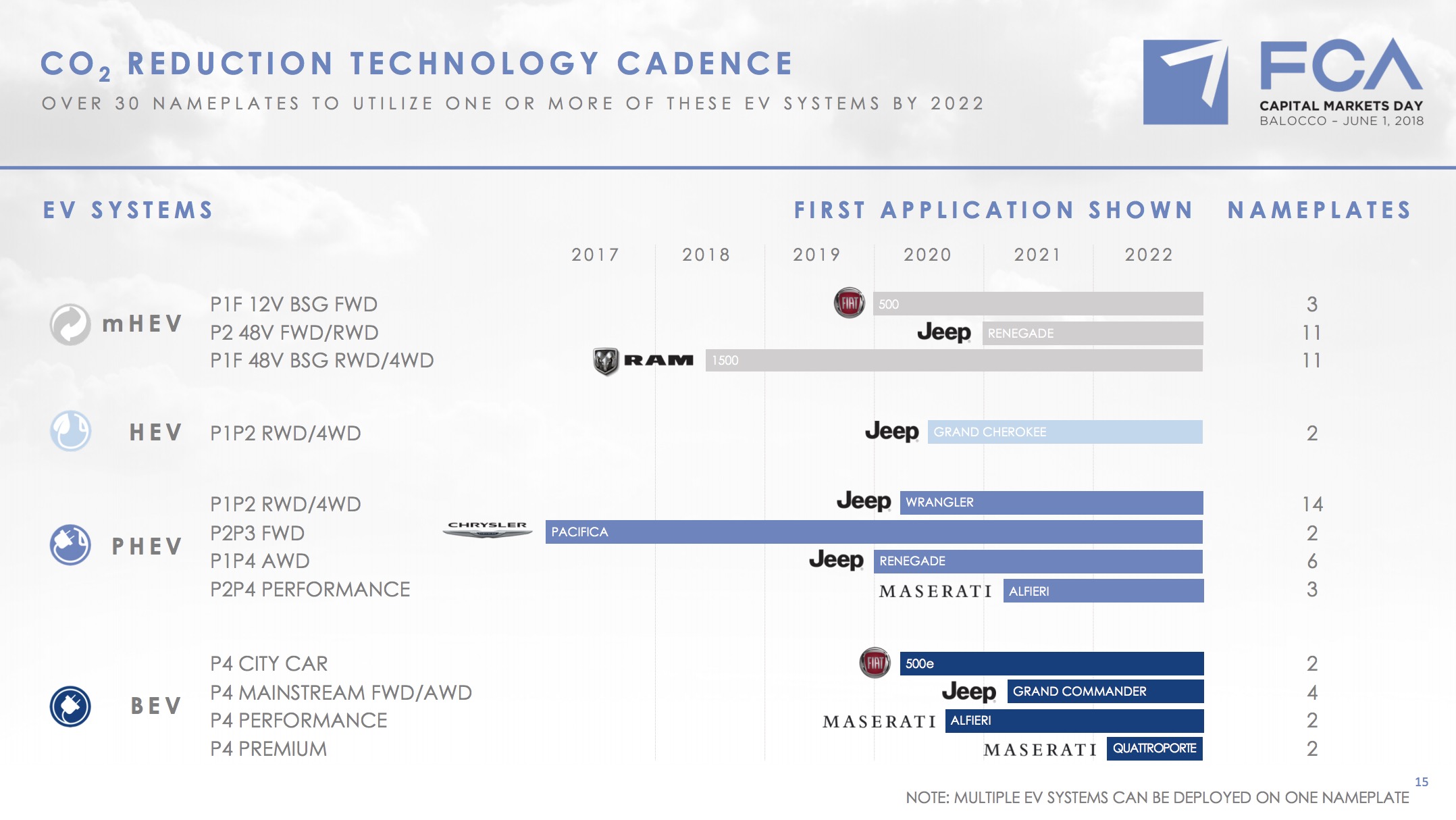 It looks like FCA is about 2 years behind the rest of the industry when it comes to electrification, but it also looks like they might catch up to most legacy automakers by 2022.

With this said, it all depends on the volume they are planning for in terms of production for all those new EV models.

Overall, a lot of encouraging things in this report, especially when it comes to Jeep and Maserati, but I am disappointed that they don’t plan any BEV or even PHEV RAM trucks by 2022.

I think they will find some significant electric competition in pickup trucks by that time.