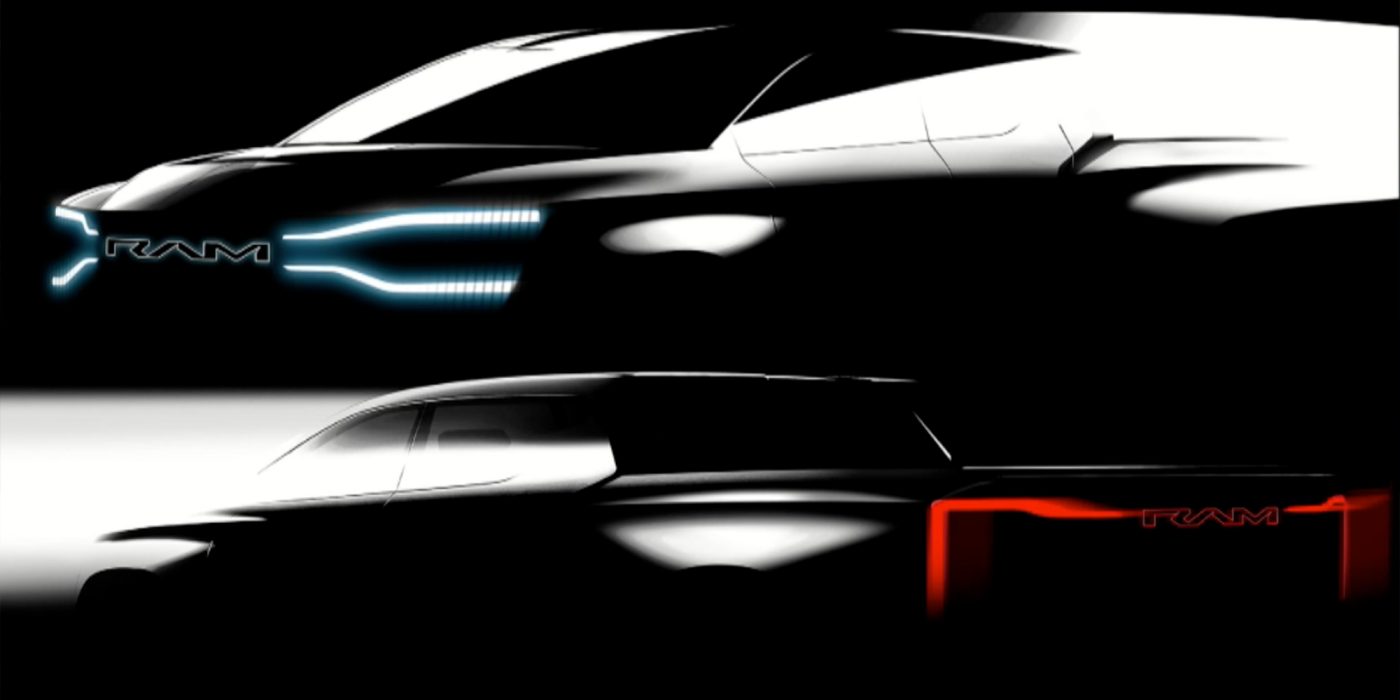 Multinational automotive manufacturer Stellantis has officially joined the electric revolution by recently outlining its blueprint for net zero carbon emissions by 2038. The conglomerate’s strategy, called Dare Forward 2030, calls for 50% of US vehicle sales and 100% of European sales to be BEVs by the end of the decade. Stellantis also teased two upcoming EVs under its marques: Jeep’s first electric SUV and a Ram 1500 BEV pickup said to deliver some leading performance.

Stellantis exists as the latest resurrection of Fiat Chrysler Automobiles (FCA), whose latter namesake has toed the line between bankruptcy and one of the “big three” in US combustion automotives for decades. Following a merger with Peugeot S.A. that was finalized in early 2021, the Stellantis name was born.

As a top-ten automotive manufacturer in the world, Stellantis oversees a variety of notable vehicle marques, such as Alfa Romeo, Chrysler, Citroën, Dodge, Fiat, Jeep, and Ram – just to name a few. While Stellantis has an impressive number of well known brands in markets around the globe, its all-electric presence leaves much to be desired, especially as a growing number (well, realistically nearly all legacy automakers) have vowed some percentage of electrification to their fleets this decade.

Slowly but surely, but mostly slowly, Stellantis has come around on BEVs, despite the 50% additional costs EVs bring according to the company CEO, Carlos Tavares, now that electrification is being “imposed on the automotive industry.”

Despite Tavares disdain for building more expensive vehicles that are better for the environment, Stellantis is shifting toward BEVs. In January, Chrysler introduced an Airflow Concept EV and vowed to go all electric by 2028. Multiple models from its European brands like Opel and Peugeot have also gone BEV-only, and the company itself has invested in future EV technologies like solid-state batteries.

Despite Tavares’ pessimistic EV candor mere months ago, he helped outline a 15+ year blueprint for Stellantis as it looks to reach net zero carbon neutrality someday.

Details of Stellantis’s “Dare Forward 2030” strategy were outlined in a press release today following a two-hour livestream presentation. The presentation, led by Tavares, outlined all aspects of Stellantis’ strategy to reach net zero emissions, including cultural employee diversity, increased leadership roles for women, and even a fund to aid Ukraine.

Here are some of the main points to save you having to scrub through the entire presentation:

Now let’s get into the stuff you actually clicked here for, new EVs! Not much in the way of substance from Tavares and Stellantis today, but they did leave us some breadcrumbs before we get a full slice in 2023

Later this year, Dodge will reveal its first battery-electric muscle car concept. It is scheduled for delivery sometime in 2024. Jeep’s electric family SUV will be joined by an offroad UV, both arriving in 2024.

Tavares spoke to Stellantis’s deal with Amazon as its first commercial EV fleet customer with its Ram ProMaster BEV, coming in 2023. Lastly, Tavares introduced a teaser rendering of an all-electric Ram 1500 pickup truck, set to arrive in 2024. Tavares had some bold promises for the upcoming pickup too:

According to our internal performance index, our Ram 1500 will outperform all competitors on the attributes customers care most about: range, towing, payload, charge time. Really thrilling! It’s built on top of our new STLA frame architecture, designed specifically for full-size electric vehicles. Make no doubt, we will bring the best electric truck to the full-size segment. And Ram will continue delivering fully electrified solutions in the majority of its segments by 2025 and a full portfolio of electrified solutions for all of its segments no later than 2030.

You can check out the Stellantis presentation in its entirety here.