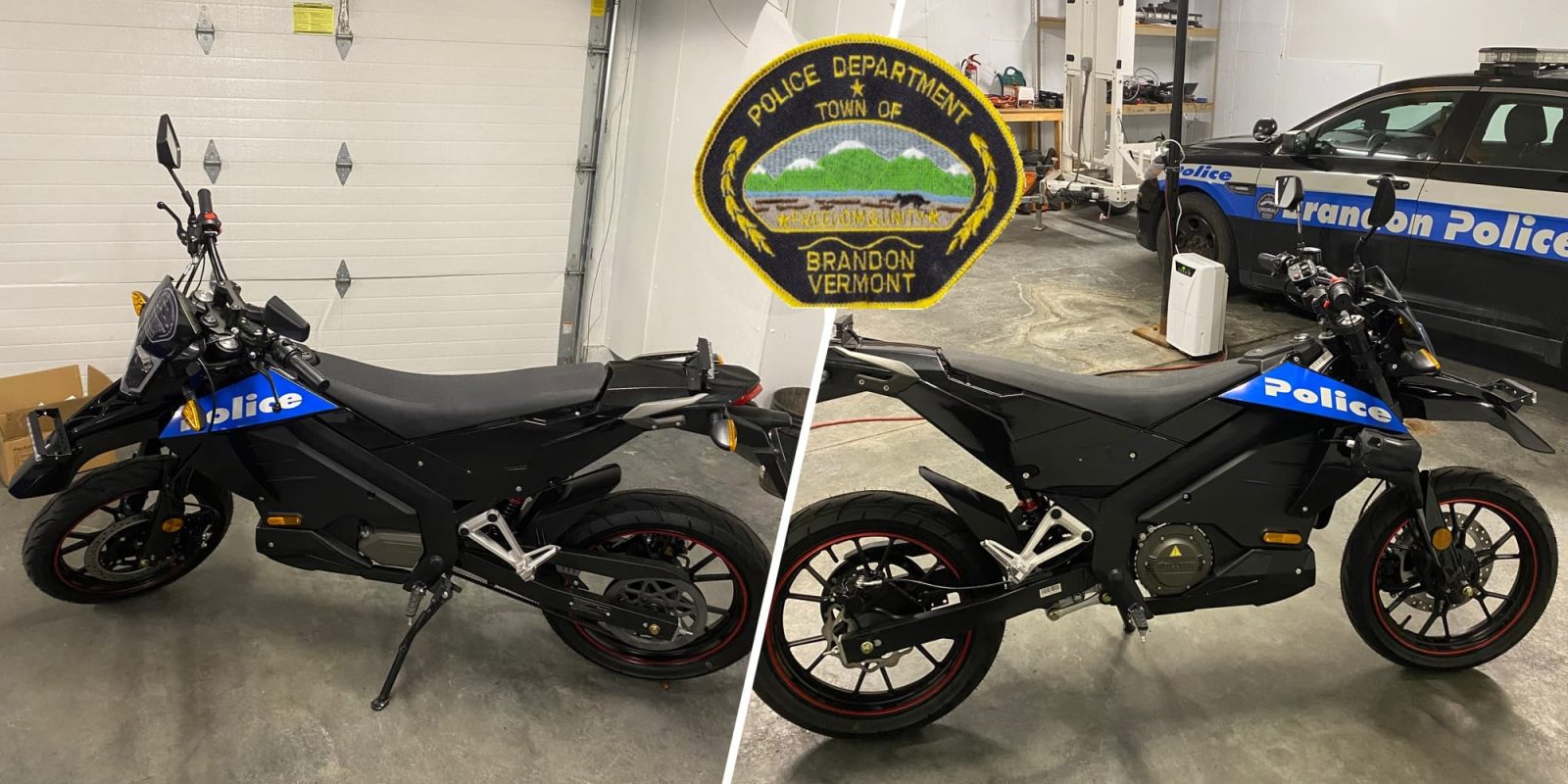 Police departments have been flocking to two-wheeled electric vehicles over the last few years thanks to an influx of new models. Now the low-cost Kollter ES1 electric motorcycle is getting its first ever police use in the US.

Zero Motorcycles has long been the police e-moto of choice, but we’ve seen that role expand into Harley-Davidson’s LiveWire electric motorcycle and even enduro-style light electric motorbikes.

The Kollter ES1 began making deliveries in the US last year, where we were one of the first to test it out in person.

The bike’s top speed of around 60 mph (96 km/h) and 11 kW (15 hp) motor make it great for urban use, and even occasional higher speed sprints. With an MSRP of $6,995 plus qualification for federal tax credits, it has become an increasingly popular option for commuters looking for an affordable electric motorcycle.

Outside of civilian use, now the bike has been adopted for its first ever use in police service by the Brandon Police Department in Brandon, Vermont.

Police Chief David Kachajian spoke to Electrek about the department’s new acquisition, explaining how the town has a mandate that encourages all municipal departments to move towards electric vehicles.

We’ve seen electric vehicles used for police service before, such as Tesla cars and electric F-150 Lightning trucks, but those EVs carry hefty price tags in the upper five-figure range, making them expensive vehicles to fit into a budget.

The Brandon Police Department decided that an affordable electric motorcycle would be a more cost-effective way to start incorporating electric vehicles into their department.

They didn’t have any motorcycles in their fleet yet, but instead, operated a combination of police cruisers and police bicycles. The new Kollter ES1 electric motorcycle will fill a hybrid role between the two when it goes into service next week.

Our electric motorcycle will be primarily used for traffic enforcement and patrol, but we will also be using it in a hybrid capacity as a sort of ‘bike patrol’ in the downtown area of Brandon. When you use a regular bicycle for patrol, if an emergency comes in where you have to respond a far distance away, an officer on a bicycle would have to secure the bicycle on his/her cruiser and then respond to a call. With the electric motorcycle, it can be used as a motorized substitute for a normal bicycle, with all of its benefits and capabilities, but yet it has the ability to respond to calls that are far away that would normally require an officer to jump in their cruiser to respond to.

Police motorcycles, usually referred to simply as “motors,” are typically quite expensive. The Harley-Davidsons often chosen for police use cost tens of thousands of dollars. Not only did the Kollter ES1 save the department money compared to buying a gas-powered bike, but the operating costs are also significantly lower with impressive fuel and maintenance savings.

The department currently has a single motor officer, and so far he has been impressed with the new electric motorcycle.

Our motor officer has had a chance to test drive it after we first got it and he absolutely loves it. He has a lot of experience driving normal gas motorcycles and had nothing but good things to say about it. He did say that there was a little bit of a learning curve riding it, especially not having to shift gears, but he did rave about the acceleration, lightness, and comfort of riding it.

In fact, Chief Kachajian explained that many officers in the department that have never ridden motorcycles before, are now interested in getting their motorcycle licenses just so they can ride it.

The bike is set for its official unveiling next week with a demonstration at SolarFest in the Town of Brandon on September 10.

SolarFest is an event in Brandon where they showcase all types of electric vehicles for the public to see. Brandon, Vermont is actually the birthplace of the electric motor and was created by Thomas Davenport, a resident of Brandon from back in the 1800’s, so it’s sort of fitting that we are the first police department in the United States to be using a Kollter electric motorcycle for patrol.

Well, how do you like that? I came to learn about a new police electric motorcycle, and I left with a bit of history, too!

If you want to see the Kollter ES1 in action, albeit without the police livery, check out my test ride video below.