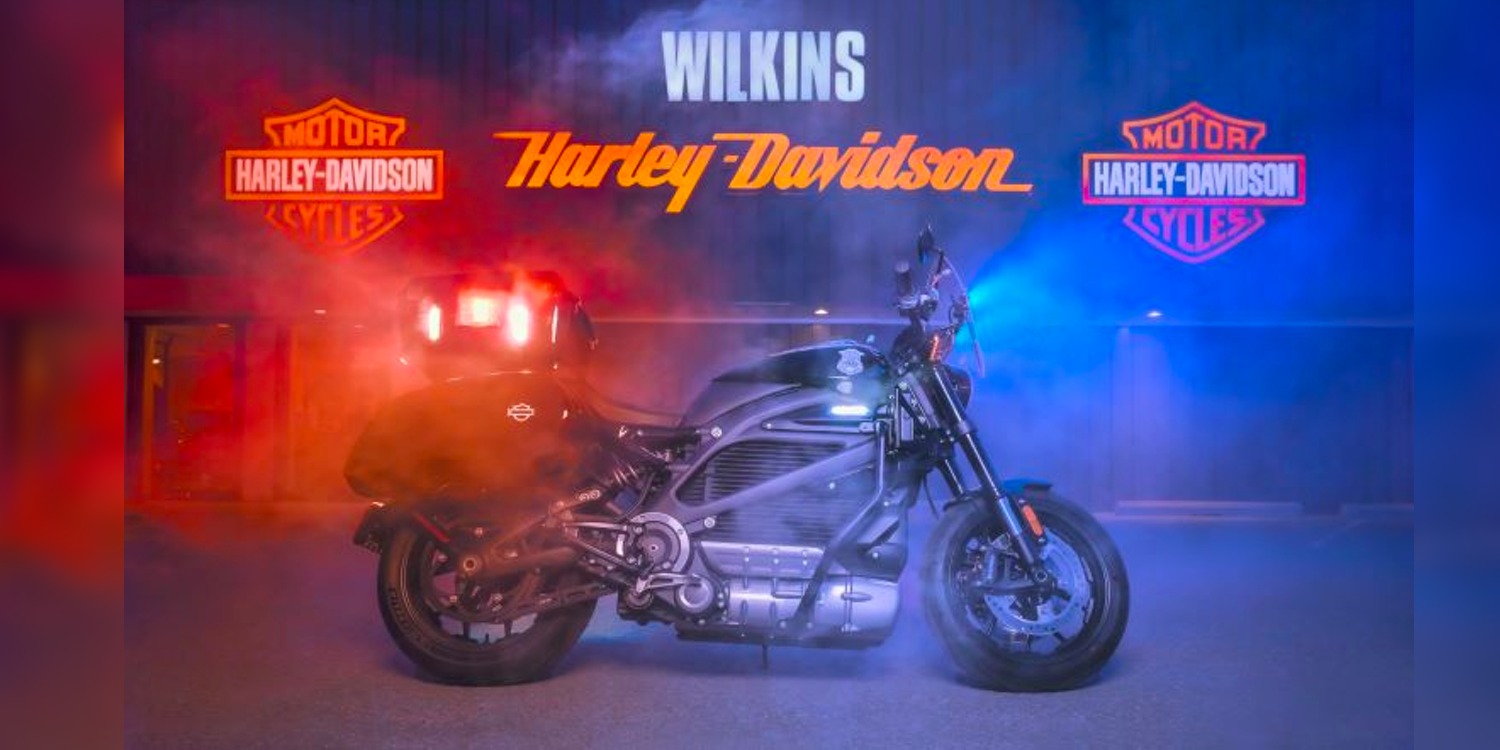 Wilkins Harley-Davidson in Vermont recently shared images of its new LiveWire electric motorcycles, which were converted from standard production models for police use.

In addition to the superficial paint job, the bike’s electrical system was tapped into to supply power to a police light package and siren.

A utility case was added for carrying standard issue gear and is used as a mounting point for more police lights. Sliders and a windshield were also added to the bike.

“The challenge in building the Vermont DMV bike, along with the second iteration, was that there was no playbook to utilize in wiring, brackets, or other aspects of this machine.  We are thankful we have such talented technicians at Wilkins to research the solutions in building this bike” explained John Lyon, Co-Owner of Wilkins Harley-Davidson, according to the Vermont Business Magazine.

However, the article bore the confidently incorrect headline “Vermont Harley dealership builds nation’s first electric law enforcement motorcycle”. In fact, electric motorcycles have been used by law enforcement in the US for years.

They have generally been based on motorcycles from Zero, a California-based electric motorcycle manufacturer. Back in 2019 we reported on a comical sighting of a police officer on a Zero electric motorcycle pulling over a Tesla in what was dubbed “the quietest police pursuit ever.”

Not only are police-edition electric motorcycles quite common, but this Harley technically isn’t even the first police edition LiveWire electric motorcycle. That distinction goes to a series of LiveWires outfitted for police in order to patrol the COP26 Summit last year in Scotland.

The LiveWire is particularly well-suited for patrol use due to its ability to fast charge to nearly full in just over half an hour. Electric motorcycles that don’t feature DC fast charging capabilities can take several hours to recharge at Level 2 charging stations.