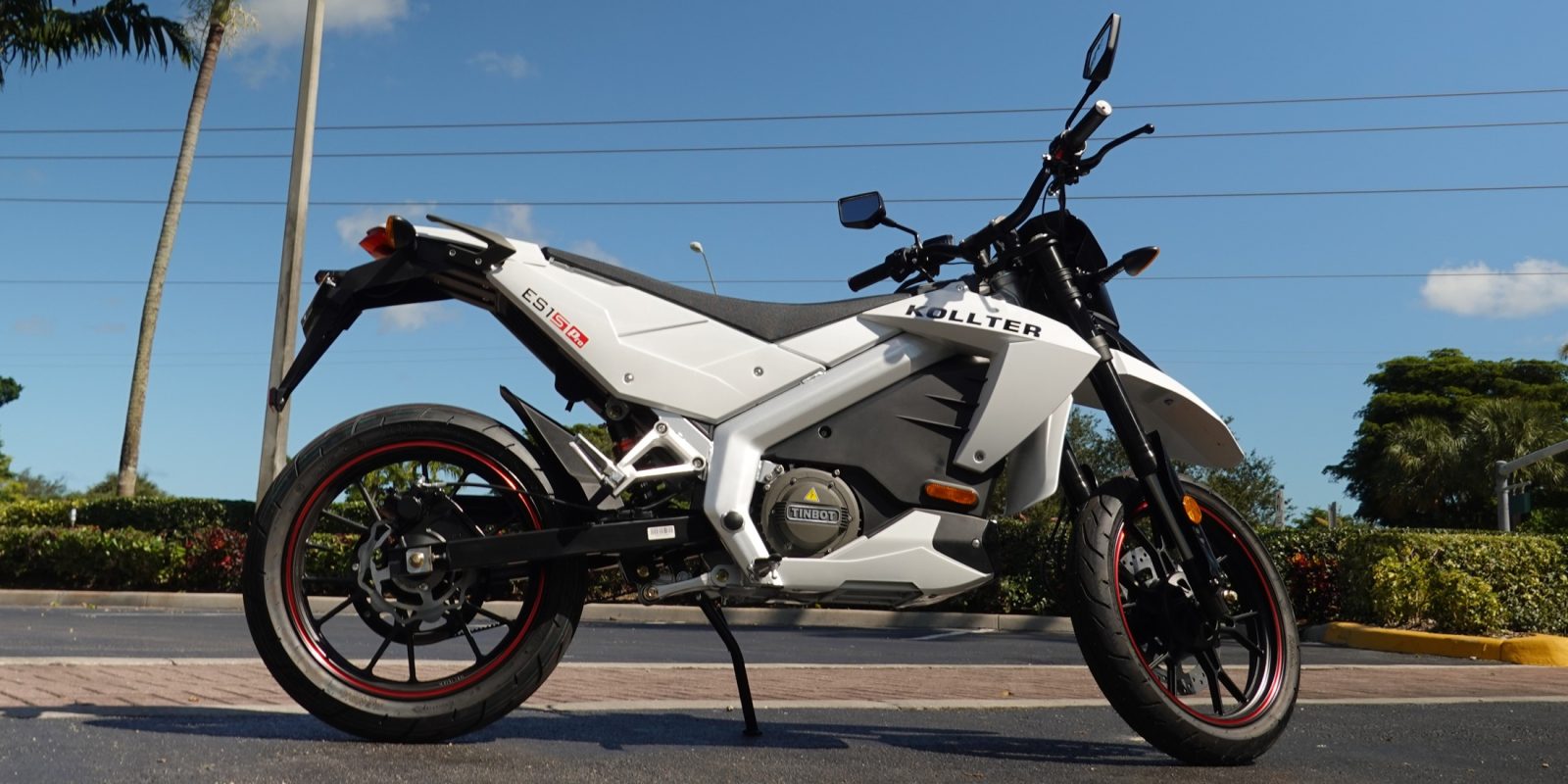 I’m a huge proponent of electric motorcycles, which offer all the thrill of gas bikes yet without the emissions, maintenance, or generally associated ownership headaches. The only problem is that they’re traditionally much more expensive than gas bikes. Or at least they were, until the Kollter ES1 rolled into North America.

As much as I love riding flagship Zeros and electric Harleys, those are expensive bikes at around $20,000 or more (though to be fair, Zero has other models at closer to $11K-12K).

On the other end of the spectrum, I had a blast riding the sub-$3,000 CSC City Slicker. But as its name implies, it’s limited to the city. The 45 mph top speed makes quick work of urban jungles but is wholly inadequate for highway use.

But with 70+ mph speeds, the Kollter ES1 can hang out on the highway, though it may be limited to the right lane depending on the scenario.

And with a starting price of around $6,000 in the US, it is fairly priced between the fancy high-end electric motorcycles and the cheaper urban-only options.

Check out my video review of the Kollter ES1 Pro below, then read on for my complete thoughts!

(Keep in mind these are the specs for the US version that I rode. The Canadian and/or EU versions may differ.)

The Kollter ES1 is a fun bike, but it’s not overly sporty.

I found that I could always beat the cars off the line when the light turns green, which is my baseline for “does this have enough power?”

It’s certainly not a Zero with 82 kW of at-your-fingertips power, but it’s more than enough for commuter use and is an absolute delight every time you twist your wrist. The 11 kW motor combined with a fairly quiet belt drive make the bike responsive and fun to ride.

As fun as it was, I was borrowing the bike and I only spent a few hours on it entirely in a city setting with roads maxing out at 50 mph. That meant even with pushing my luck, I didn’t get the bike much past the low 60s. It had more to give, but with the level of police presence, I really didn’t want to get a speeding ticket on a bike I was borrowing.

So when Kollter says it will get up to 72 mph, I’ll have to take their word for it. But I can tell you that it gets to the low 60s without a protest and wants to keep going, that’s for sure.

I may have been doing city riding, but this was South Florida city riding – meaning plenty of those three-lane 50 mph roads. Based on my usage, I was getting an extrapolated range of around 65 miles. I was also on the double battery model, mind you. With a single battery, I’d expect around half of that range.

Both are removable, though they are big batteries. Consider it your farmer’s carry workout for the day, as each weighs a bit shy of 30 lb. If you have a garage, you’ll probably never need to remove them since you can charge them on the bike. But if you live in an apartment without street-level charging infrastructure, removable batteries make this whole ordeal possible.

And by “charging infrastructure,” I mean a typical 110V wall outlet. The batteries charge off of a conventional wall plug, just like your cell phone or laptop. There’s no level 2 charging here, so don’t expect to use that fancy EVSE charging station down the street.

Another nice benefit is that there are actually Kollter dealers in nearly every corner of the country. I borrowed one from NatiCycle in the Northeast for my testing, but there’s also a California dealer and a Florida dealer too. There’s even a Canadian dealer too! Again, it can’t compete with Zero or Harley-Davidson, which have dealers all over the place (especially in the latter’s case). But it’s still nice to know that you may be within a couple hundred miles of a bike to actually test out.

To me, the Kollter feels like the exact bike the market has been missing – something to fill the gap between the high-power but high-price Zeros and the cute little city e-motos. It’s got the power and speed to hang with the medium-size dogs, and its got the fun of a “real” bike, not a mini-moto.

There are even pillion pegs so you can bring your partner along for a ride. Talk about utility! You know what that is right there? Sweet confirmation bias telling you this is basically as good as a family car, and that your significant other will certainly agree with you when he or she sees how useful the bike is around town!

Alright, so maybe this isn’t the best family car. But for someone like me with one wife, one dog, and zero responsibilities, it feels like the ultimate ride to me. And considering it comes in at a third of the price of the flagship electric motorcycles available today, it also seems like a much more sensical splurge on a fun electric motorcycle, even if it doesn’t become a daily commuter bike and instead turns into a fun weekend toy.

As long as bikes like the SONDORS Metacycle, NIU RQi, and Sur Ron Storm Bee keep taking their sweet time to make it stateside, long live the Kollter ES1 as the only affordable option for those of us looking for highway e-moto speeds on a budget!

Oh, and for anyone who loves to get dirty, there’s an enduro package available to swap on larger wheels with knobby tires and a chain kit!