Cops on electric bikes: Why more police departments are turning to e-bikes for patrols 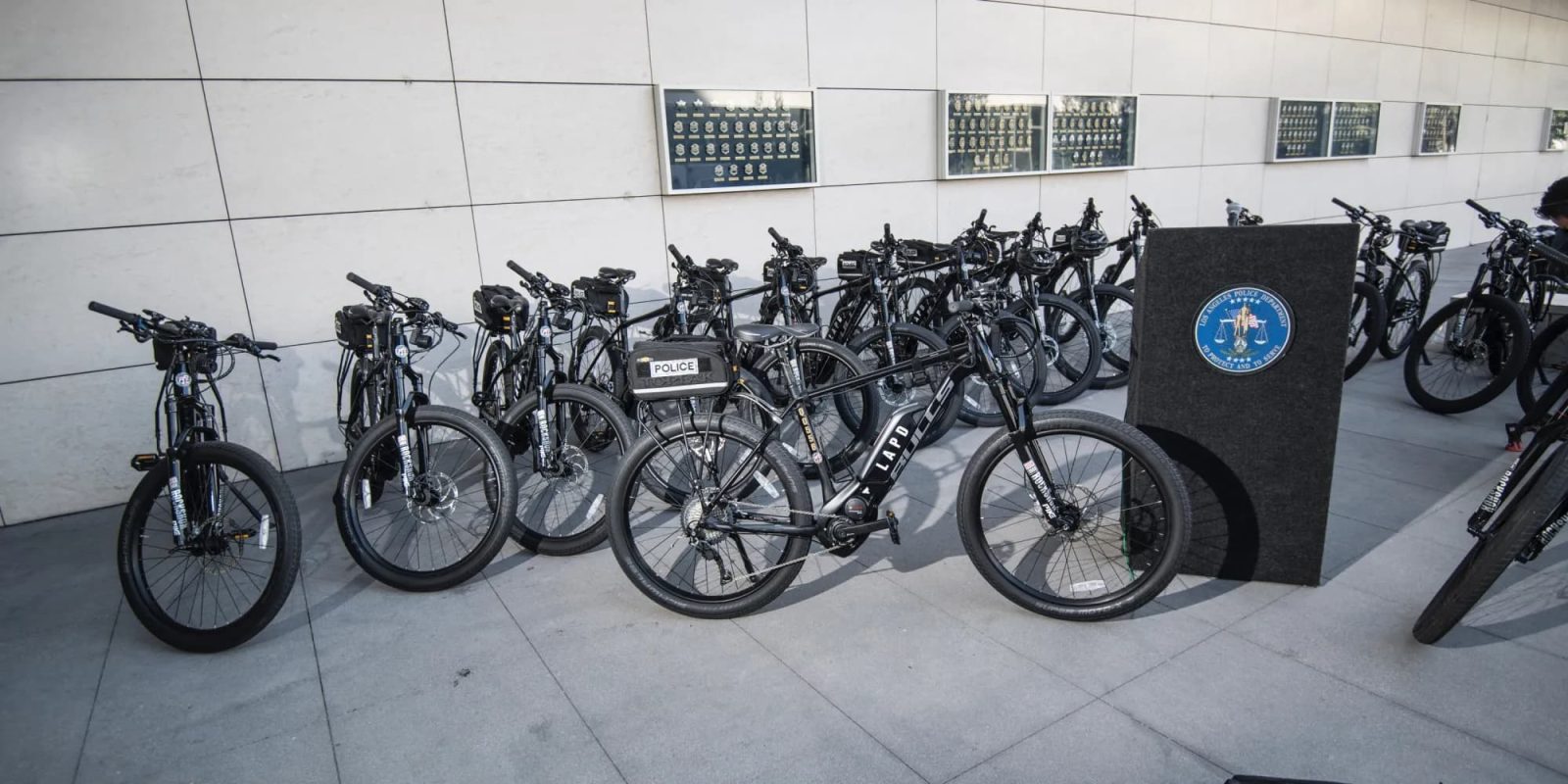 Electric bicycles aren’t just for leisure or commuting, they also make great work tools for commercial applications. And more police departments are now waking up to the fact that light electric two-wheelers can be a huge advantage compared to typical police cruisers.

That doesn’t mean police departments aren’t still exploring larger vehicles as well, but electric bikes and other light EVs are proving to be a popular choice for cops on the move.

And it makes sense, as there are plenty of reasons why electric bikes actually make better patrol vehicles to supplement a police force’s standard cruiser fleet.

Electric bikes are more quickly deployable than police cruisers, and their low cost means there can be more of them on the streets in more places.

That allows police officers to respond to calls more quickly.

Just last week, one of the patrol officers using our e-bike came into the store and shared a story of him catching a bike thief who had just stolen a bike from in front of the Walgreens on Santa Cruz. He said he would never have been able to catch him on a regular bike, and by the time the dispatch could have directed a patrol car to pursue the suspect, the suspect would have escaped.

Electric bikes also allow officers to be more visible in the community, covering more ground in less time with the assistance of an electric helper motor.

Compared to pedal bikes, officers on electric bikes can rider farther and for longer. During pursuits, they’re less winded and more effective when making an arrest.

E-bikes also open the possibility for more police officers to get out of cruisers and onto saddles, even if they don’t have the fitness required for hours of non-assisted pedaling.

Importantly for many local residents, when it comes to engagement with the community, bike cops are simply a friendlier image than cops rolling up in a massive police truck.

This is an excellent example of a police department being reflective of our community in a creative way. Menlo Park is such a bike-friendly city, and our bicycle-passion culture within the police department has grown in a very organic way from within.

Fresno, California, has a robust bike patrol program that has seen many police officers on BULLS electric bikes.

It’s a model that has also proven popular with the LAPD.

In Fresno, officer Dustin Freeman explained that officers generally cover 30-40 miles per day and work in pairs. As Freeman explained, the e-bikes have been a valuable tool for catching criminals:

Criminals don’t like it. They don’t know when we’re there. They don’t hear us coming. They don’t see us as easily, and we’re able to observe and act quicker in those interactions.

According to The Fresno Bee, the downtown bike patrol unit made 448 felony arrests in 2021.

And in case you’re curious what it looks like when bike cops make an arrest, the GIF below shows what was described on Reddit as the “World’s Dutchest way to arrest someone”.