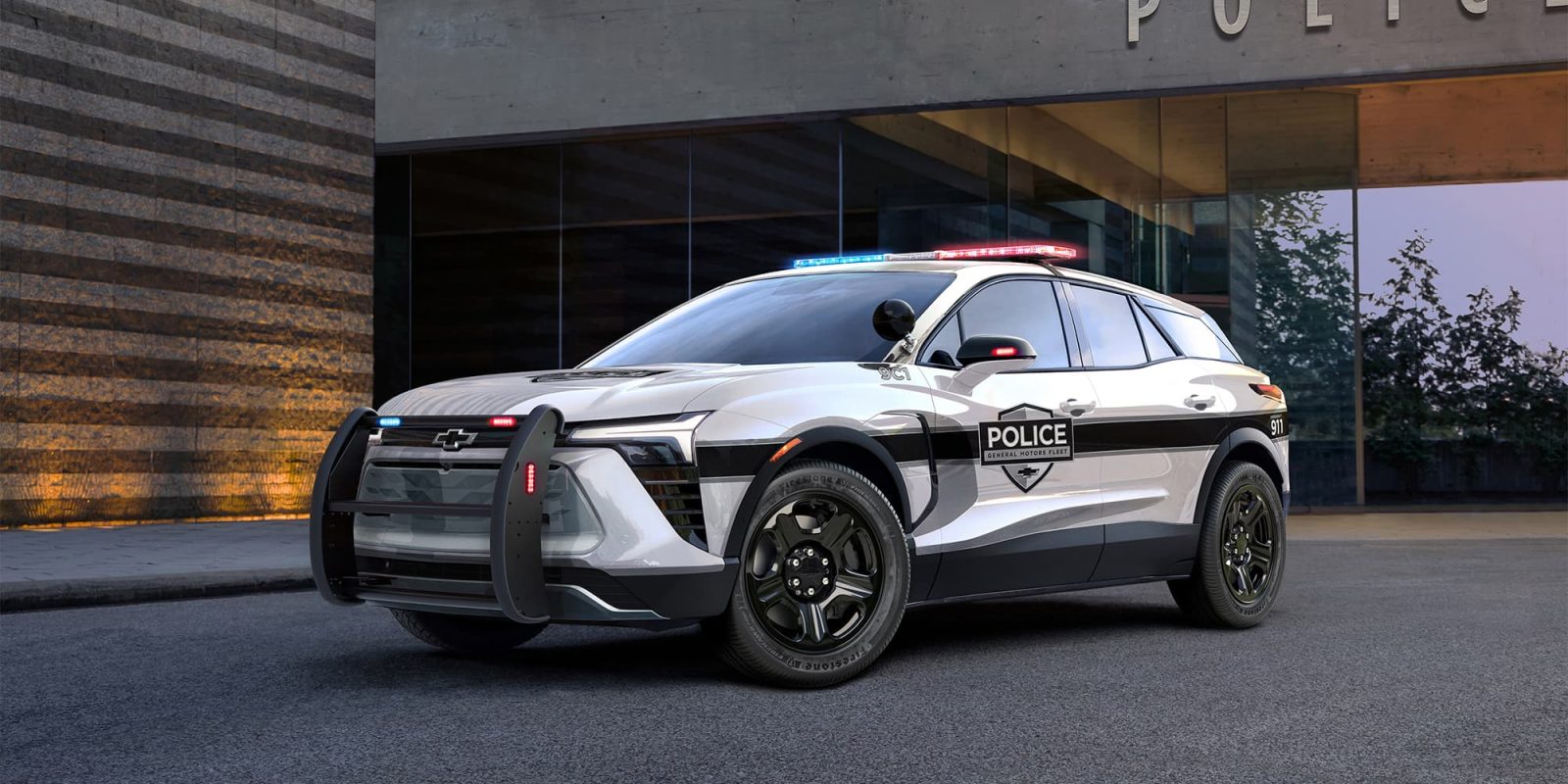 Chevrolet is releasing new details of the all-new electric 2024 Chevy Blazer Police Patrol Vehicle (PPV) EV. The model is Chevy’s first all-electric Blazer for police, set to debut in the first quarter of 2024.

The Chevy Blazer, a legacy favorite, is getting an EV makeover in General Motors (GM) vision of an all-electric future. The news comes after GM’s CFO said the automaker is hitting an inflection point with scaling its EV strategy.

GM is investing $35 billion between 2020 and 2025 to boost EV production and gain market share. The automaker is also working to secure critical EV resources for its electric growth strategy.

For example, GM has “binding agreements” to cover all EV battery raw materials for 1 million annual capacity by 2025.

Despite this, Chevy has struggled to gain EV market share. None of its vehicles rank in the top ten best-selling EVs in its home country so far this year.

Chevy has plans to change this; the all-electric 2024 Silverado EV pickup is getting a lot of attention, offering up to 400 miles of range. The Silverado will take on the popular Ford f-150 Lightning in the EV pickup market, where Ford has continued seeing success.

Then, it introduced the highly anticipated 2024 Chevy Blazer EV in July, with up to 320-mile range. The Blazer is built on GM’s Ultium EV platform, offering several different trims.

The new all-electric Chevy Blazer PPV edition is the first ‘pursuit rated’ EV from Chevy ever made. The Blazer PPV EV is based on the Chevy Blazer EV SS while meeting Michigan State Police standards.

The new EV patrol car will be based on the largest GM Ultium battery pack, around 1,200 pounds, attached to the chassis. Chevy includes Brembo brakes, featured on its high-performance vehicles for enhanced braking ability.

During the Blazer EV’s development, we spoke with many law enforcement groups across the U.S. and Canada to learn how an all-electric PPV would serve them best and the Blazer EV PPV delivers.

The trunk offers greater storage for gear by removing the “civilian models” false floor. It also comes with a police-specific center console and rear seats.

Chevrolet will begin production of the Chevy Blazer PPV EV in early 2024 (Q1), while prices are expected to come in mid-2023.