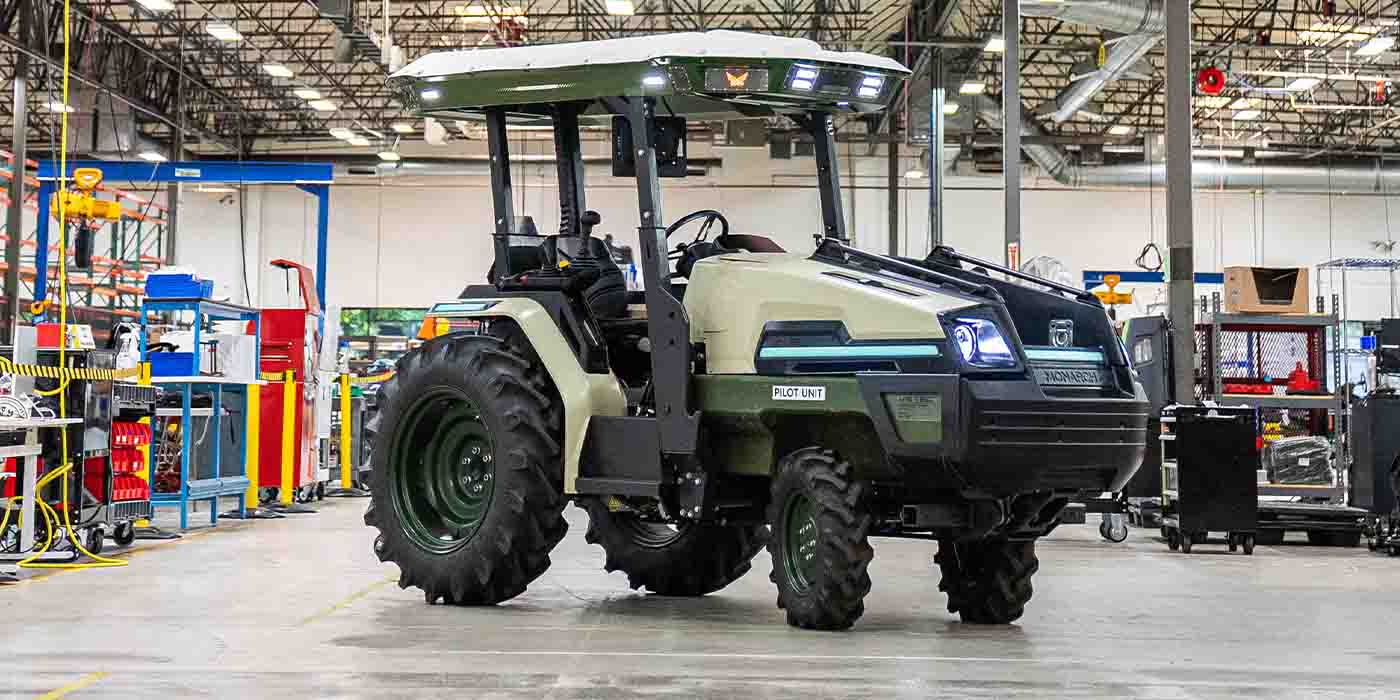 Foxconn has signed its first contract manufacturing agreement since acquiring a Ohio facility from Lordstown Motors. In addition to building EVs for Lordstown and Fisker Inc., Foxconn will now also be manufacturing advanced, driver optional electric tractors and battery packs for Monarch Tractors.

Hon Hai Technology Group, better known as Foxconn, is the world’s largest electronics manufacturer with nearly fifty years of experience building everything from iPhones, to gaming consoles, and most recently, EVs, semiconductors, and AI tech.

In late 2021, struggling EV startup Lordstown Motors agreed to sell its manufacturing facility in Ohio to Foxconn under an agreement that the Taiwanese experts could help get the automaker’s Endurance pickup into scaled production.

Aside from a promise from Foxconn chairman Young Liu that Endurance EVs would be rolling out of Lordstown in the second half of 2022, all had been quiet until this past May, when the Asset Purchase Agreement (APA) for the Ohio facility was complete in exchange for $230M in cash.

Hours later, Foxconn went public with news that Fisker’s second planned model called the PEAR, would be assembled at the Lordstown Facility as part of a manufacturing agreement. Building upon the Ohio facility’s long history in automotive production, Foxconn’s Lordstown plant is now becoming a hub for electrification.

In addition to two EVs being assembled, Foxconn will also be building electric tractors and battery packs for Monarch.

Foxconn adds electric tractors to its repertoire in Ohio

The two companies shared news of their signed contract manufacturing agreement in a press release today, which will include production of next-generation electric tractors and the battery packs to power them.

Currently, Monarch Tractor is working toward production of its Founder’s Series electric tractors at its current footprint in Livermore, California; that process is expected to begin ramping up in Q4 of this year. Monarch co-founder and CEO Praveen Penmetsa spoke about the signed agreement:

Creating the industry’s most advanced tractor demands a manufacturing partner with the experience to quickly scale and execute with precision. Foxconn is an EMS leader whose manufacturing and solutions are world-renowned. We are proud to partner with Foxconn and work together to transform the future of farming.

After the Founder’s Series, Foxconn will assume the responsibility of full-scale production of the Monarch MX-V electric tractor at the Ohio facility. Here are some cool specs of the upcoming smart tractor:

According to Foxconn, MX-V electric tractor production will begin in Lordstown in Q1 of 2023, somewhere within its 6.2 million square foot campus of scalable production space.