Geely and Foxconn establish JV to push back against chip shortage 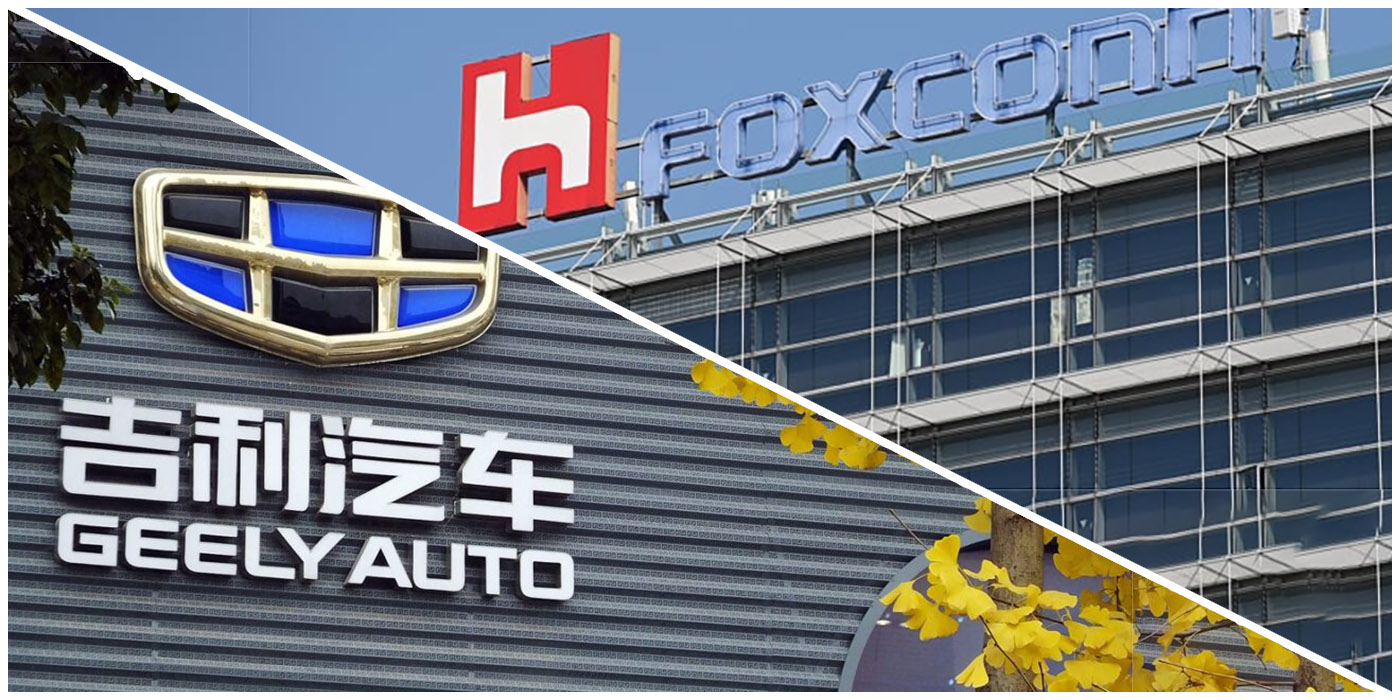 Everywhere you look, you can see signs of an automotive market that’s been hit hard by a silicon “chip shortage.” Everywhere that is, except Tesla, where a more flexible, software-focused approach and sturdier grip on its critical parts supplies have allowed the company to nearly double its deliveries from the year before. Over in China, Geely and Foxconn have taken notice.

Best known in North America as Volvo and Polestar‘s parent company, Geely is big in Japan China, while Foxconn is best known as a key supplier to Apple in Taiwan. The two companies originally got together in January of 2021 with plans to achieve economies of scale through contract manufacturing of Geely’s Sustainable Experience Architecture (SEA) modular EV platform to other manufacturers (in much the same way that Foxconn assembles iPhones for Apple). It seems like a sound plan, one that’s already starting to bear fruit with the recently announced Zeekr-built Waymo One robotaxi deal.

This new deal isn’t that deal.

What we know so far

According to publicly available information, Shandong Fujikang Intelligent Manufacturing Co., Ltd. was formally established in Zibo, Shandong province on December 27, and is jointly held by Geely Industrial Investment Holdings (a wholly owned subsidiary of Geely Holding) and Futaihua Industrial (a subsidiary of Foxconn). The new company has registered capital in the amount of 100 million yuan (about 15.68 million USD, at the time of this writing) with Geely Industrial Investment Holdings and Futaihua Industrial, each shown as holding 50% of the shares.

The scope of Shandong Fujikang lists the manufacturing of intelligent vehicle equipment, control systems, power electronic components, and – the one we’re interested in – integrated circuit chips.

If the new JV does start manufacturing its own chips, it’s possible that the first new cars to run them will carry Foxconn’s own Foxtron branding. What remains to be seen is how visually similar they’ll be to the Foxtron Model C that debuted at the company’s Hon Hai Tech Day 2021 (HHTD21) event held last October.

That vehicle was originally thought to be a showcase for Foxtron’s Product Planning service, but the company’s recent purchase of the former GM plant in Lordstown, Ohio that’s been acting as Lordstown Motors’ home for a few years may yet mean we’ll see it in production. That seems at least as likely as ever seeing a Lordstown Endurance on the road, at this point.

Elon Musk is smart, and Tesla has shown that building some chip flexibility into your car, the way you might into a laptop or tablet, and simply working on firmware is a much more resilient manufacturing model than the JIT (just in time) system that became popular in the years leading up to the pandemic. It was Tesla’s ability to switch chips, and ultimately build its own, that enabled it to nearly double its deliveries in 2021 while almost all the legacy brands fell.

The people at Geely are smart, too. When they announced plans to replace Volvo’s inline 5- and 6-cylinder engines, as well as their Yamaha-sourced V8 used in the XC90 SUV, with a single 2.0 liter 4-cylinder to be used in every car, the buff books crucified them. When they said that every new Volvo introduced after 2019 would be electrified – way back in 2015 – people wondered if they’d lost their minds. History has shown that they haven’t, and both Volvo Cars and Geely have gone from strength to strength in the years since.

I doubt the people at Foxconn are any less smart.

As such, this chip-making scheme has the makings of a very solid move for everyone involved. Expect big things.