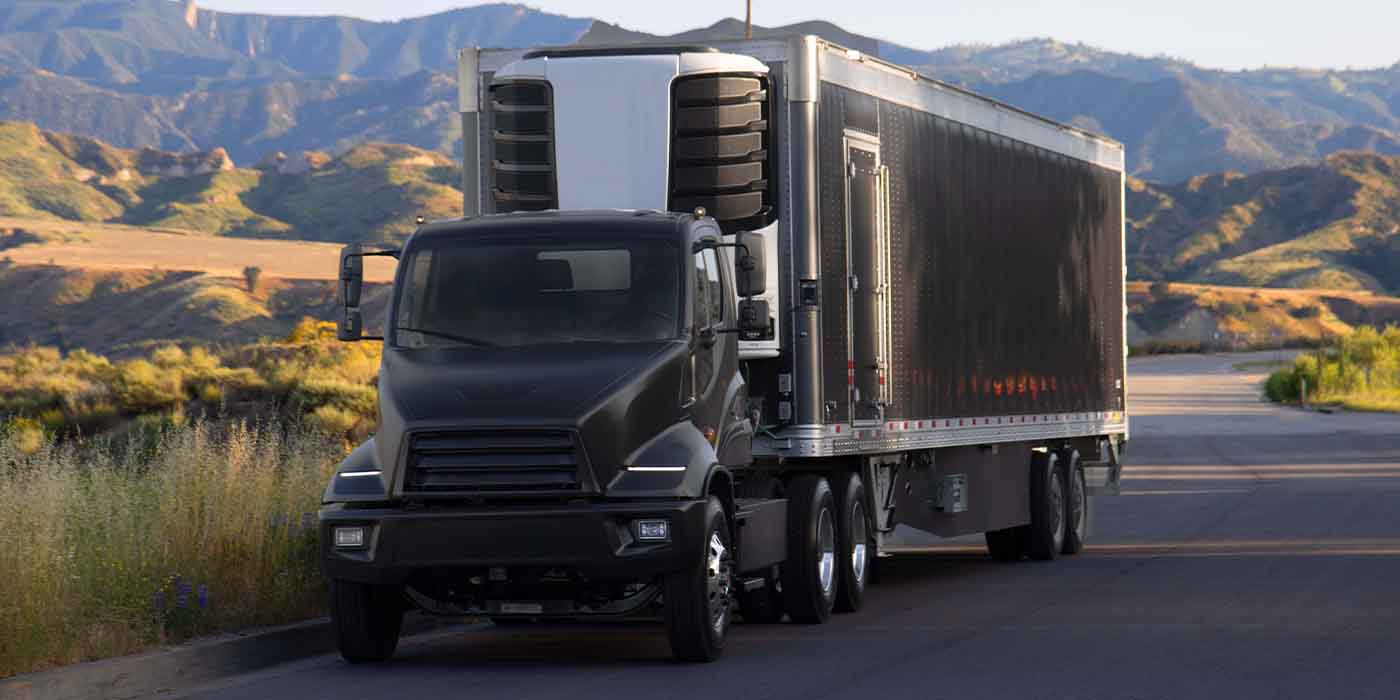 Xos Inc. ($XOS) is a SoCal-based manufacturer specializing in Class 5 to 8 commercial EVs and their powertrains. Xos’s fleet of EVs began with its SV05 Stepvan, which has since been purchased by last-mile delivery companies like FedEx Ground.

In addition to commercial EVs utilizing its proprietary electric platforms and its own series of battery systems, Xos Inc. has expanded into other electric mobility divisions as well. This includes “Powered by Xos,” manufacturing non-highway EVs like forklifts.

Its most recent division, Xos Energy Solutions, has introduced mobile charging solutions like its Xos Hub, which will enter full-fledged production in Q4 of this year and include improved variations to its original design.

As exciting as the Xos Hub is, we’re not here to talk about that. After teasing its very own “fleet week” complete with a new vehicle reveal, Xos has shared not one, but three new products – two of which are commercial EVs.

Xos Inc. publicly unveiled the new products during an event in Long Beach, California, following day two of the Advanced Clean Transportation (ACT) Expo. The first was the “Heavy-Duty Xos Truck” or HDXT for short.

This all-electric Class 8 heavy-duty tractor offers up to 230 miles of range per charge and was designed for regional-haul fleets. Xos claims the HDXT’s 36,583 ft.-lbs. of torque is the most offered in the current commercial vehicle market. With a 56,000 lb. payload capacity and 798 horsepower, this BEV tractor is powerful but QUIET.

Last week, I visited Xos’s facility in Los Angeles and got a tour from cofounder and CEO Dakota Semler, which included a ride along in the HDXT. I was the only cargo the tractor was hauling, but we were still hauling. With no diesel, this commercial EV drove smoothly and quietly – a welcomed “changing of the guard” for fleet transportation.

Production of the HDXT will begin with a pilot program already locked in with McLane Company – a supply chain and grocery distributor, which will begin with 10 commercial EVs. Xos shared a second customer lined up for its medium-duty MDXT truck as well. Five of those EVs will go to wholesale beverage distributor Republic National Distributing Company (RNDC).

The MDXT is a class 6 or 7 commercial EV with over 270 miles of range and 16,000 ft.-lbs. max torque. Compared to its larger sibling, the MDXT is more modular and customizable, coming available in a number of body configurations. Whether it’s a box truck, refrigerated unit, or flatbed, the MDXT can support a gross vehicle weight range (GVWR) of 23,000 to 33,000 lbs.

While walking around Xos HQ with Semler, I got to see this truck up close as well, and saw a lot of the potential it holds for custom variations to support the needs of the OEM’s fleet customers.

Last but not least is Xosphere, new fleet intelligence software stacked on Xos’ existing connected commercial EV technology, to further minimize total cost of ownership (TCO) for customers. Here are some of its core functions:

You can check out a promo video of Xosphere below:

According to the commercial OEM, the new software is already being used by UniFirst, an existing Xos customer. The North American work gear supplier has been tracking the health of its EV fleet (Xos stepvans) in real time. Giordano Sordoni, Xos’s COO and cofounder with Semler, spoke about all three new products revealed this evening:

Our new offerings position Xos as a leading end-to-end fleet services provider which is a monumental milestone for us. Xos’ approach to scaling and production design allows the company to move with agility and use capital more effectively than traditional OEMs.These trucks are not merely concepts, they are a reality and can be ordered today to advance fleet electrification efforts across the country.

Speaking of orders, Xos tells us that deliveries for the MDXT will begin in late 2022 and into next year, while HDXT deliveries are expected to begin mid-2023.

As an OEM in the commercial space, Xos Inc. may be flying under your radar, but you should be seeing more and more of their commercial-sized EVs on roads, especially in California to begin. When touring the Los Angeles facility with Dakota Semler, three things were quite apparent.

First is how rapidly the company is growing. The entire space felt like a work in progress as it was being continuously expanded and updated to help scale more. An additional manufacturing facility in Nashville will be even more efficient too. Much of what they’ve learned in LA is being utilized to streamline the space in Nashville.

As Xos expands, it’s doing so as holistically as possible, developing its own proprietary components wherever possible. The company still gets 2170 cells from suppliers like LG Chem and Samsung, but then runs its own cycling tests on them, because according to Semler, the data sheets provided are “under optimal conditions.” The Xos team captures data to see how these cells were perform in its own modules under more extreme conditions to ensure each EV that goes out performs to company standards.

Software is a huge advantage too, and it’s everywhere throughout Xos HQ. This brings me to my last point – data. The Xos team is using real-time data throughout the design and development process for each vehicle, whether it’s simulated (still based off of previous real-time data) or captured in the real world.

Comparing metrics and averages will help the automaker stay optimized as it grows, and its new Xosphere should not only bring similar efficiencies to fleet customers, but Xos can also use that data to help improve its own technology. There’s a long way to go, but this company approaches EV production as to always be learning and improving. Because of that, I feel it is one to watch.