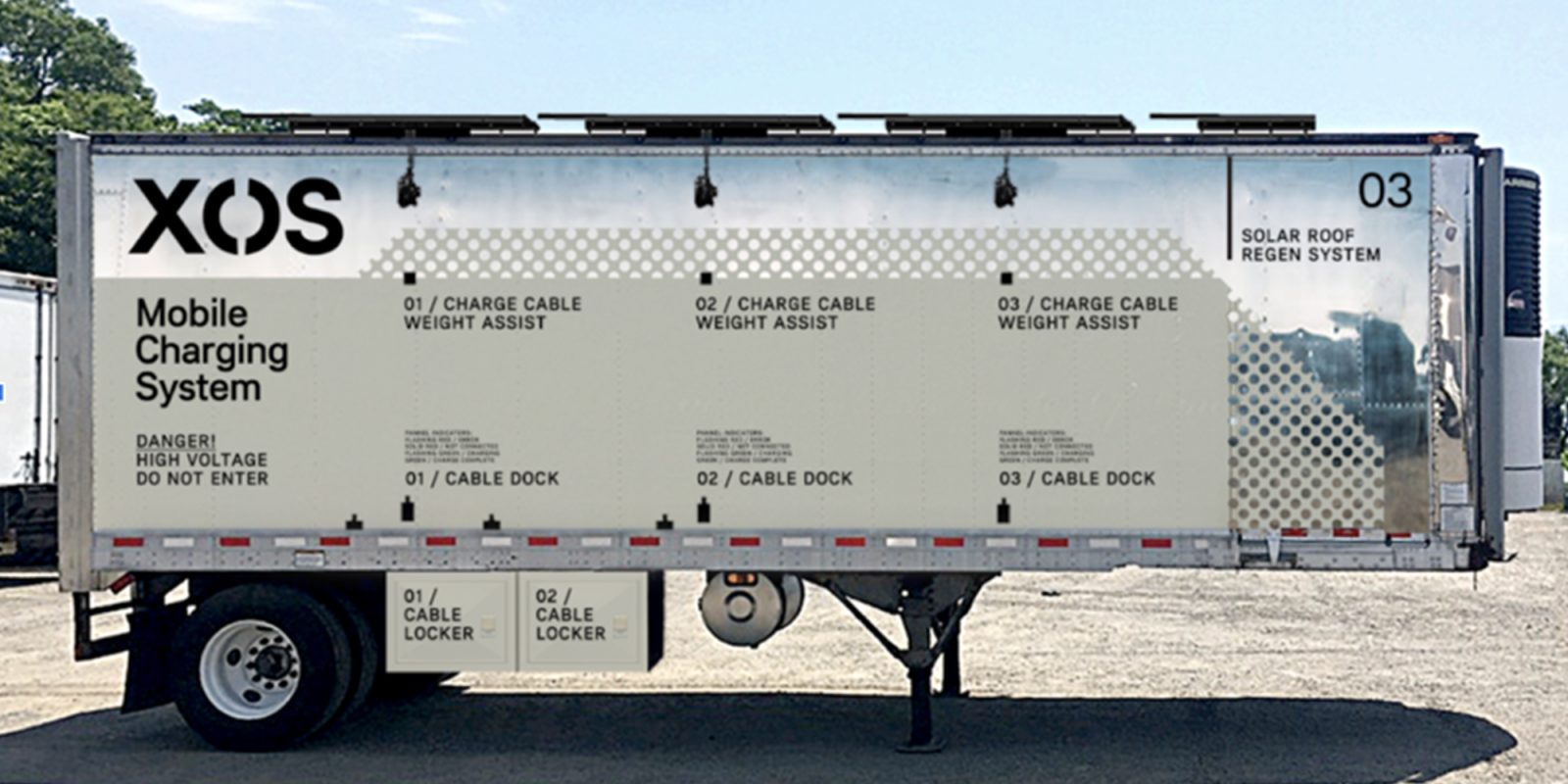 Xos, pronounced “ex-ose,” is a Southern California-based fleet manufacturer specializing in electrified Class 5 to Class 8 commercial vehicles. Formerly known as Thor Trucks, Xos is a company we have covered over the years for its unique approach to electrified mobility for commercial fleets.

This past February, Xos announced a planned business combination with NextGen Acquisition Corporation ($NGAC) to be publicly traded on the Nasdaq.

In addition to developing commercial vehicles on its proprietary electric platform, the company also has a division called “Powered by Xos” that manufactures non-highway electric vehicles such as forklifts.

Per a press release from Xos, the company has announced its new division called “Xos Energy Solutions” that will encompass its new “Xos Hub” mobile charging trailer, as well as “Xos Serve,” the company’s new on-demand infrastructure-as-a-service (IaaS) platform.

Rather than having its fleet customers wait through costly and lengthy permitting and construction processes for charging infrastructure, Xos can now deploy a hub to a fleet depot (or anywhere else for that matter) to ensure commercial EVs are able to recharge.

The first Hub unit being deployed comes with five charging outlets on a 28 ft. trailer with about 700 kWh of power storage onboard. It will eventually be joined by a 10-outlet variation as well as a 40-foot trailer with 20 charging outlets. In an interview with Electrek, CEO and cofounder Dakota Semler explained:

Basically, it allows those fleets to plug in directly and utilize existing 400, 800, 1200 Amp service and be able to charge vehicles from day one. Why that’s important in a lot of fleet use cases is not only the time it takes to install infrastructure, but in some cases you might actually have a different owner of the infrastructure vs. who owns the truck. So this allows us to dis-intermediate that, and allow that pass-through expense to go directly to the fleet or vehicle owner.

The Hub connects directly into the grid via a rapidly disconnectable cable, then works as a trickle charger to the hub’s battery bank within the trailer, allowing commercial vehicles to directly connect and charge.

The first charge system is capable of delivering up to 25 kW of power, while future systems will come equipped with 50 kW and 150 kW charge heads as well.

The Xos Hub has already begun testing and will be deployed to customers this year.