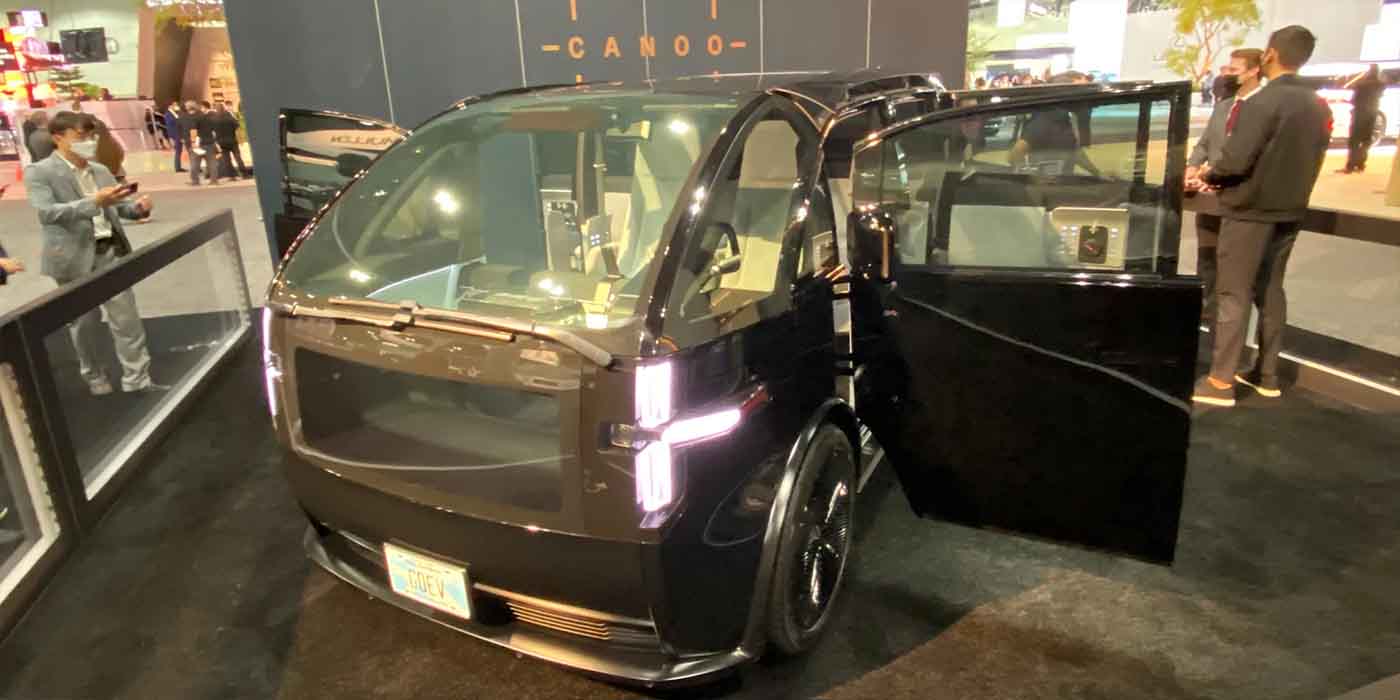 EV startup Canoo is reportedly using a lawsuit to recoup profits made by DD Global Holdings and lead beneficiary Pak Tam Li, a significant stakeholder in Canoo with ties to China. In the lawsuit, Canoo is accusing DD Global of selling its shares in March while simultaneously doing an equity swap for the same amount of shares with an unknown buyer.

Canoo ($GOEV) is an LA-based EV startup founded in 2017 by two former employees of Faraday Future. The automaker has several flagship EVs in the works including the MPDV – a multi-purpose, delivery van, and the Canoo Pickup Truck.

The first Canoo EV to eventually launch will be the Lifestyle Vehicle, the EV that caught the public’s attention when the company debuted. It sits upon Canoo’s proprietary modular platform, allowing for various “top hats” to sit upon it to offer different vehicles and uses.

A modified version of the Canoo LV was chosen to transport future astronauts on the Artemis Missions to the launch pad under a contract recently awarded by NASA. Before then however, Canoo is looking to recuperate some funds from one of its early investors whose ties to China make the entire NASA contract that much more confusing.

News of the freshly filed lawsuit came from Bloomberg, which points out the timeline of DD Global Holdings selling off its shares under an agreement with Canoo, plus the latter’s relationship with the former’s beneficial owner.

According to the complaint filed in federal court in Manhattan on Monday, Canoo is seeking over $61 million to be paid back for “short swing” profits made by DD Global Holdings. DD Global Holdings owner is Pak Tam Li, one of the three original investors in Canoo back when it was still Evelozcity in 2017.

Prior to Canoo’s 2020 SPAC merger, Li held 26% of Canoo’s shares through DD Holdings and other affiliated businesses. At the time of the merger, however, Canoo and DD Global Holdings entered into a national security agreement with the US Committee on Foreign Investment. As a result, both parties agreed that that DD Global would own 10% or less of Canoo by Feb. 28, 2022.

Last October, DD Global Holdings agreed to sell 53.6 million shares to an LLC managed by who else, Canoo’s chairman and CEO, Tony Aquila. Canoo’s stock price nearly doubled soon after that, so the two sides agreed to only transfer 35.3 million shares to Aquila’s LLC, but DD still owned 18.5% of Canoo.

In March, DD sold 10.5 million additional shares, making Aquila the largest shareholder. However, Canoo is alleging in its lawsuit that during that March transaction, DD Global acquired the same number of shares through an equity swap transaction. Canoo is now trying to uncover the unidentified buyer those millions of shares were sold to in March, as well as any other transactions that may not have been reported.

Canoo’s lawsuit claims that DD Global held more than 10% of the company’s shares following the aforementioned March transaction, which would be in violation of the national security agreement. Neither side has commented, but this story remains ongoing.

From what I’ve read in this lawsuit, Canoo may be able to get some money back should shady share sales be proven. Figuring out who the unidentified purchaser from the March transaction will be vital to decide which way the scales tip in this formal complaint.

What’s most interesting to me, however, is not the lawsuit, but the person attached to it. According to the Bloomberg report, Pak Tam Li ran an investment firm in China called Beijing Zhaode and is the son-in-law of a man who was once the fourth-most senior leader in China.

I’m by no means an expert in national security, but how did NASA give Canoo a contract when one of its largest shareholders has multiple ties to China? Furthermore, his holding company is now at odds with Canoo for allegedly double dipping on company shares.

NASA had to have known, though. The investment from China has been public knowledge and the national security agreement was signed before the NASA deal. Furthermore, NASA did get 30 days to do its own due diligence before officially awarding the contract. However, if DD did in fact violate its national security agreement, that could prove to be a problem for Houston.