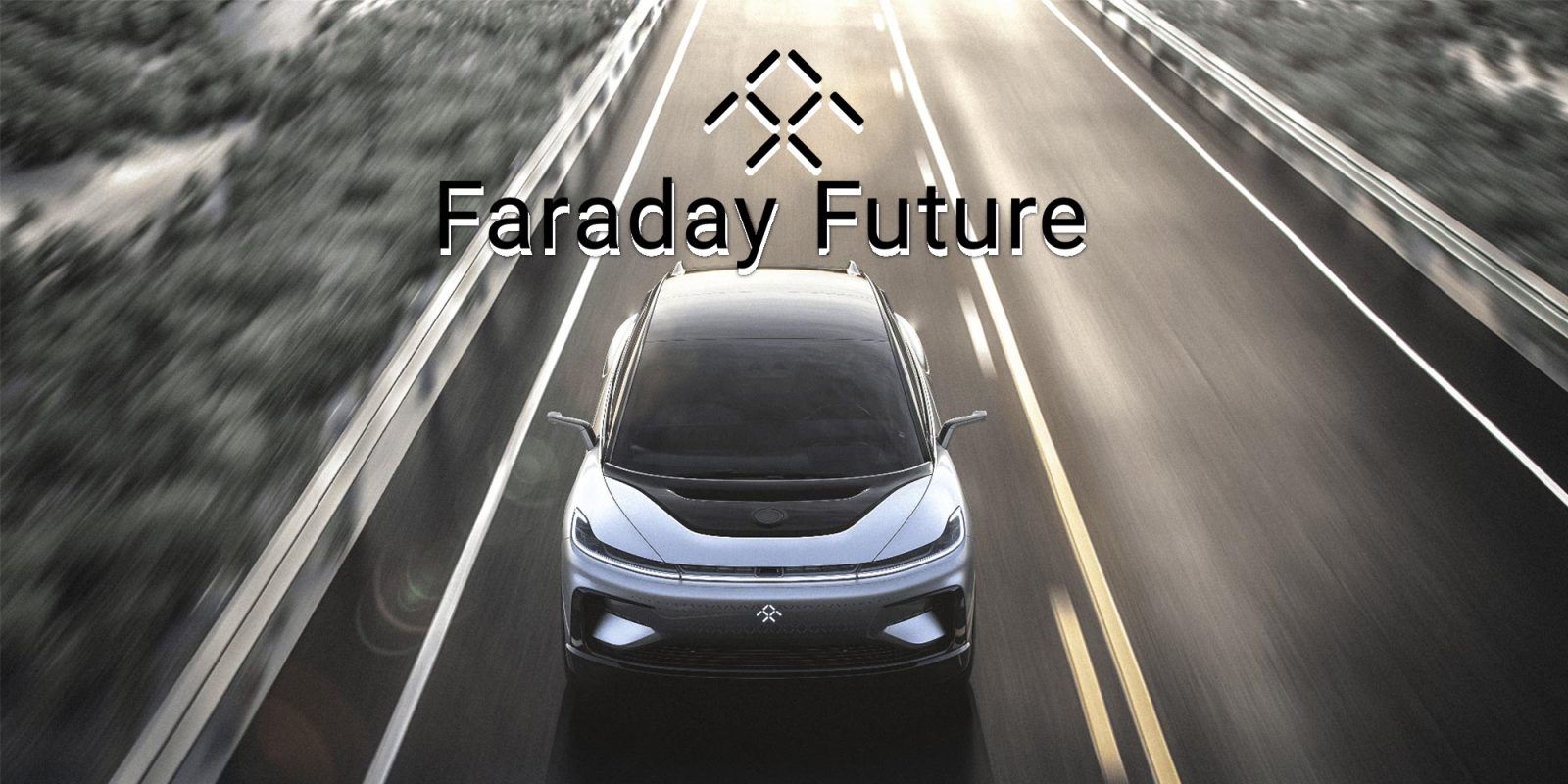 Faraday Future has come a long way in seven years

The company was first founded in 2014 by Jia Yueting aka YT Jia, in Carson, California, south of Los Angeles. The company’s name is a nod to scientist Michael Faraday. His work was instrumental to the laws of electromagnetism, electrochemistry, and electrolysis.

Inspired by Faraday, YT Jia set out to create an electric vehicle ecosystem. According to the company’s press room, YT Jia envisioned a vehicle that redefined transportation, mobility, and connectivity. The goal became to create a “third internet living space,” complementing consumer’s homes and smartphones.

In 2015, before unveiling a single vehicle, Faraday Future announced $1 billion toward a manufacturing facility in Northern Las Vegas. The following January in 2016, FF unveiled its first concept EV, the FF ZERO1 at the Consumer Electronics Show CES. Dubbed a “car on concepts” by its creator, the FF ZERO1 was capable of 1,000 horsepower and offered a glimpse of what an ultimate EV race car could look like. Furthermore, it was designed to translate what Faraday Future’s design style could eventually be.

Later that year, Faraday Future nixed construction in Las Vegas due to financial issues. It then pivoted toward a refurbished tire manufacturing facility in Hanford, California, between Silicon Valley and Silicon Beach. FF pushed onward with the announcement of its first production EV, the FF 91 in 2017. By the end of the year however, FF’s CFO and CTO left. Those two actually formed their own company down the street, called Canoo.

Financial ups and downs continued to plague the company, along with other controversies involving former employees, layoffs, and loans. Eventually, YT Jia stepped down as CEO in 2019 after filing for bankruptcy.

YT remains chief product and user officer (CPUO), after former Byton CEO Carsten Breitfeld took over to right the ship. Since then, the automaker appears to be back on track toward delivering the FF 91 to consumers.

At the end of January 2021, Faraday Future announced it would be be entering the Nasdaq through an SPAC merger with Property Solutions Acquisition Corp (PSAC) valued at $3.4 billion. According to the automaker’s press release, the merger will provide $1 billion gross proceeds to support the FF 91 scaled production and delivery. When the merger is complete, Faraday Future’s ($FFIE) FF91 EV is expected to deliver within 12 months.

Additionally, Chinese mega-manufacturer Geely is an anchor investor, and plans to help FF expand its presence in China. The eventual goal is to create a dual home market advantage in both countries.

Good things usually come to those who wait. Those have been waiting for Faraday Future’s FF 91 have been truly patient since 2017. Now, the EV appears to (finally) be coming to fruition. Let’s start from the bottom up.

The FF 91 will be the first of several Faraday Future EVs to sit atop its Variable Platform Architecture or VPA for short. This skateboard type platform features motors mounted on the axles, allowing more room for battery cells and modularity. Furthermore, the “blank slate” platform offers the ability to accommodate various vehicle sizes, drive layouts, and battery configurations.

In its most powerful form, the VPA can hold six strings of batteries with three motors, capable of 1,050 horsepower, and 130 kWh of battery power. The automaker claims the FF 91 will have the largest, most energy-dense battery of any EV on sale.

As for the motors on the VPA, Faraday Future chose to use permanent magnet synchronous motors instead of AC induction. FF believes that permanent magnet motors carry a higher load capacity and run more efficiently. The company also builds many of its circuit boards, inverters, and drive units in-house.

The FF 91 was designed to be a lounge-like experience focused on ultra-luxury, “third internet living spaces.” That said, the first feature to notice on the FF 91 is immersive connectivity. According to the vehicle’s webpage, the FF 91 will offer office-level connectivity, including rear monitors with conference-calling ability, and cellular internet connectivity over three modems. One is for over-the-air software updates and diagnostics, and two for passenger infotainment.

FFAI is another interesting feature to come on the FF 91. This propriety AI software is described as an all-in-one solution that anticipates the needs of its users in each seat. Using facial recognition, FFAI can adjust individual settings for each seat, including temperature and volume levels.

What’s unique about the rear interior in particular is its zero-gravity seats. The seats utilize neutral body posture principles developed by NASA to evenly distribute a passenger’s weight. Furthermore, both rear seats can recline up to 60 degrees. Outside of those seats sit rear suicide doors, too.

In addition to these features, the FF 91 will offer smartphone integration to stream in 4K, seamless entry via Bluetooth, and real-time function of the vehicle using the FF app.

Apart from driving what may feel like a business class luxury seat, the FF 91 could offer equal performance on its fully loaded VPA. According to Faraday Future, the three-motor platform (two rear-wheel motors and a third on the front axle) will offer the following specs.

The FF 91 will offer 1,050 horsepower, can travel 0-60 mph in 2.39 seconds, and can travel 300+ miles on a single charge. Speaking of charging, the FF 91 is compatible with a 240v AC home charger or a quick DC charger. According to the automaker, with level 3 charging, the FF 91 can be fully juiced up from empty in under two hours.

The interior will offer 36.6 cubic feet of cargo volume behind its rear seats. Despite not revealing an MSRP for the FF 91 yet, Faraday Future claims that it already has 14,000 reservations. That being said, you can currently reserve the FF 91 for free without holding a place in line. To secure an actual spot, however, a $5,000 “priority reservation” is required.

While Faraday Future moves closer to delivering its very first EV, it has revealed a timeline for more to follow. According to the automaker, the product definition of the FF 81 has been already completed, and the R&D work is under way. Faraday Future explains further:

FF’s B2C passenger vehicle launch pipeline over the next five years includes FF 91 series, FF 81 series, and FF 71 series. FF 91 will define the FF brand DNA. This DNA will carry over to subsequent premium mass market vehicles in the portfolio – the FF 81, and FF 71. With such brand DNA, FF products are expected to be ahead of the competition in their respective segments in terms of their design, driving experience, interior comfort, connectivity, and user experience. FF 81 is expected to launch in 2023, and FF 71 in 2024. In addition to passenger vehicles, FF plans to launch a Smart Last Mile Delivery (“SLMD”) vehicle in 2023 leveraging its proprietary VPA.

So over the next three years, Faraday Future plans to deliver its flagship vehicle, launch a second smaller EV series, then a third. Oh, and also manufacture electric delivery trucks. You have to respect the ambition, but that’s a tall order.

Clearly Faraday Future is making up for lost time. The next news we can hope to expect is pricing, and potential delivery timeline for the aforementioned FF 91. Until then, you’ll have to recline your family room lounger to 60 degrees and pretend you’re cruising in the back of your brand new FF 91.