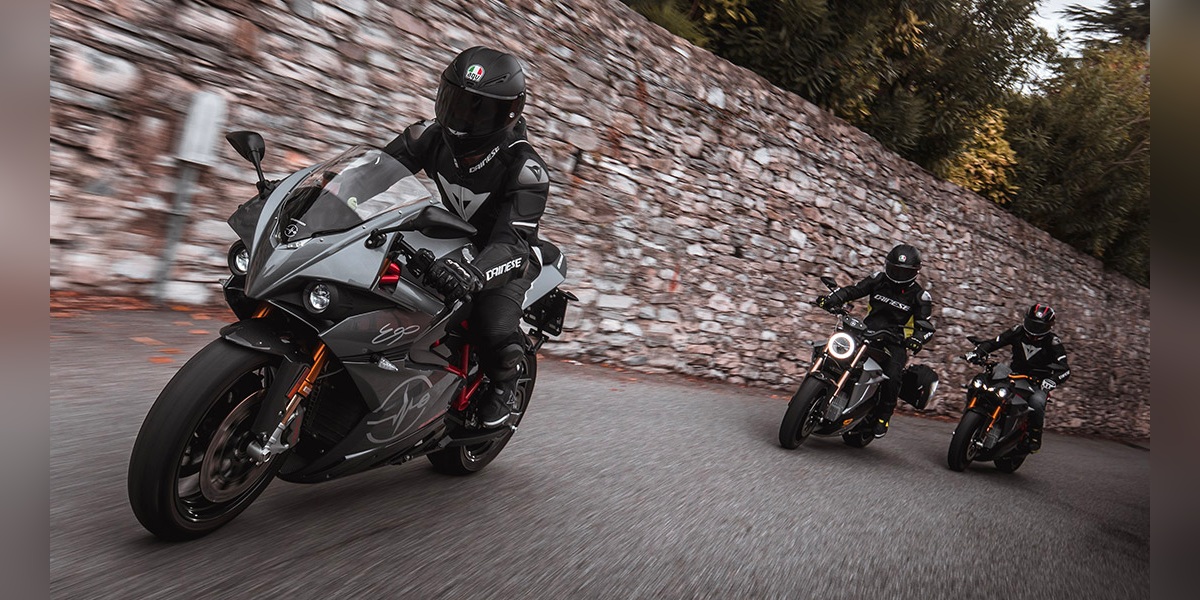 In addition to manufacturing three models of high-performance electric motorcycles, Energica is also developing its Energica Inside program.

Energica Inside is a business unit developed within the company that is designed to help other motorcycle manufacturers speed up their own electric vehicle development through the use of Energica’s proprietary tech.

The company has spent 10 years developing its electric motorcycle powertrains, with much of the advanced tech developed in part due to Energica’s presence on the race track.

Now the company says it has “the experience and skill sets needed to extend its operations to encompass other sectors,” which is a key goal of the Energica Inside program.

In parallel with industrial accords forged in recent years, the creation of this new business unit will support our clients in the transition to ecological powertrains and strengthen our role as Electric Valley pioneers.

Those industrial accords that Iacovini mentions are numerous, as Energica has sought creative ways to expand its reach.

In addition to growing its own network of dealerships across Europe and North America, the electric motorcycle company has been developing key industry partnerships.

Energica teamed up with Dell’Orto in late 2020 in a bid to develop drivetrains for lightweight electric vehicles in the 50cc to 125cc-equivalent classes.

Known as the E-Power project, Energica and its partners set out to design drivetrains that would cover power levels from 2.5 kW to 15 kW (3.3 to 20 hp), typically seen in electric scooters and lightweight electric motorcycles. With a wealth of new lightweight electric motorcycles on the horizon, such low- to medium-power drivetrains will become increasingly sought after in the years to come.

Energica also announced a new partnership with Sealence just over a year ago that would see the motorcycle manufacturer’s tech expand into the electric boat marketplace.

These partnerships also follow a trend in the industry where established electric motorcycle manufacturers with years of electric drivetrain IP are partnering up with other manufacturers to leapfrog their development cycles.

Zero Motorcycles did something similar with Polaris, resulting in Polaris building light electric vehicles featuring electric motorcycle drivetrains. And Gogoro also offers up its electric scooter powertrains to other manufacturers such as Yamaha, which incorporate the electric scooter and battery swapping network’s tech into their own two-wheelers.

With Ideanomics acquiring a majority of Energica’s shares recently, the company is getting an even bigger boost to help it continue developing its drivetrain technology and sharing those advancements through partnerships with other manufacturers.

So while you can already throw your leg over some impressive Energica tech in the company’s own motorcycle models, soon you could be doing so on rides built by a number of different manufacturers.