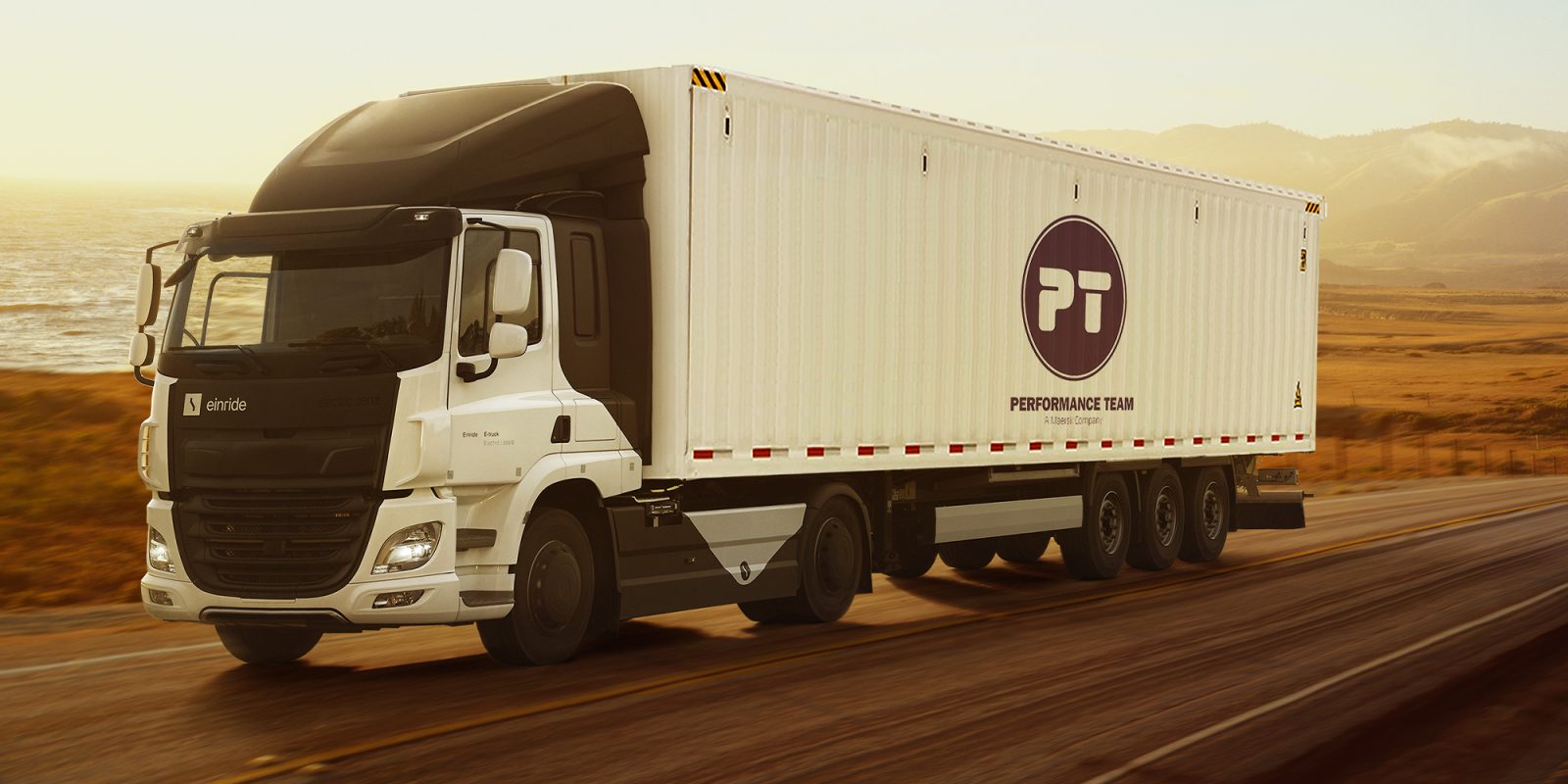 EV freight technology company Einride has announced a new partnership with Maersk to provide its Freight Mobility platform to the latter’s fleet. The transition will include 300 Einride electric trucks in what the companies are calling the largest operational contract for electric heavy-duty road freight to date.

Einride describes itself as a Swedish freight technology company founded in 2016 that develops electrified commercial mobility solutions and autonomous, Class 8 trucks. We first covered the startup in 2018 when it unveiled its T-Log, an autonomous all-electric logging truck.

This was followed by the Pod, a similar all-electric, driverless truck that began public road testing in Sweden in 2019. Following a US launch with plans for new headquarters in New York, Einride began training Remote Pod Operators in Texas. Earlier this month, the company publicly introduced its first Pod Operator, creating an entirely new career for electrified shipping.

While Einride works to bring its autonomous Pod trucks to US roads, it also provides E-Trucks featuring its data-driven Saga Platform to help optimize fleets and logistics for its customers. This past February, the company announced the purchase of 200 battery electric, Class 8 trucks from BYD to be deployed in the US.

Einride shared the news of its latest commercial EV order from Maersk in a press release, stating that this initial order for 300 E-Trucks is merely the first step in a long-term partnership. To begin, Einride plans to deliver the connected electric trucks on order between 2023–2025 while simultaneously helping electrify Maersk’s North American warehousing, distribution, and transportation infrastructure.

As a result, Maersk will soon have access to both Capacity- and Software-as-a-Service from Einride. This includes charging stations and connectivity services provided by Einride’s aforementioned operating system, Saga.

Maersk originally got involved with Einride in May 2021 as an investor in its Series B funding round. It now looks to leverage this relationship into a long-term partnership in support of its commitment to become net-zero across its business and value chain by 2040. Vincent Clerc, CEO of Ocean & Logistics, A.P. Moller – Maersk, elaborated:

Our customers are looking for tangible actions on sustainable supply chains – not just conceptual. Today’s order is an important step in building our end-to-end, landside decarbonization foundation while also addressing customers’ inland transportation pain points. Maersk has a comprehensive decarbonization plan in motion for our Ocean activities which represent 93% of all company-related emissions. This order marks the expansion of our ambitions to cover all services across transport modes.

The initial delivery of Einride’s electric vehicles will be assembled in California. Maersk North America has already stated that it will be charging its entire fleet using 100% renewable electricity in the near future.