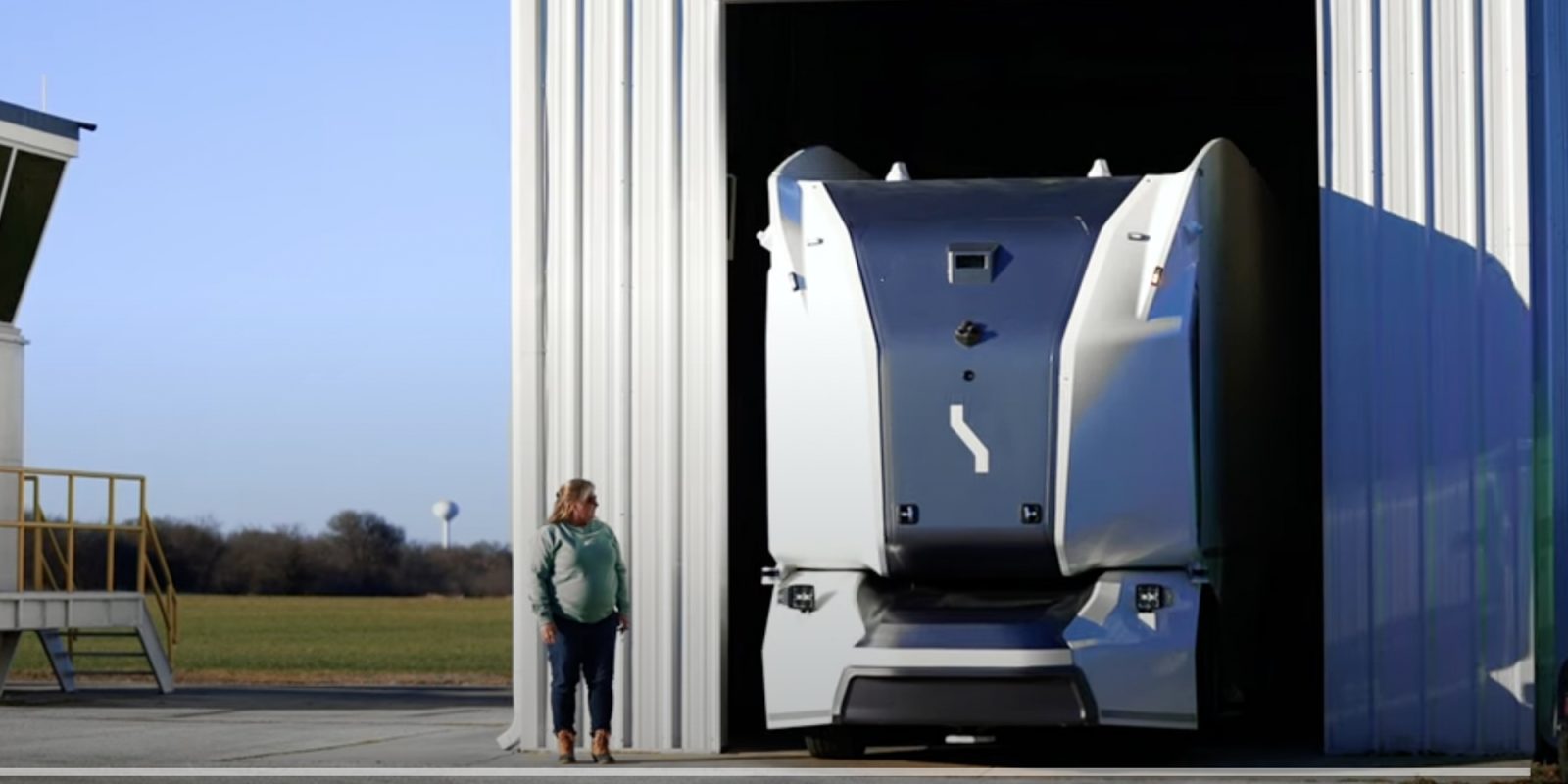 During a presentation at SXSW, autonomous freight technology company, Einride, has publicly introduced its first “Remote Pod Operator,” Tiffany Heathcott. Heathcott is a trucking-veteran that will bring her driving expertise within the truck to her remote operating station, representing a potential paradigm shift of how we safely and efficiently transport cargo.

Einride describes itself as a Swedish freight technology company founded in 2016 that develops electrified commercial mobility solutions and autonomous, Class 8 trucks. We first covered the startup in 2018 when it unveiled its T-Log, an autonomous all-electric logging truck.

This was followed by the Pod, a similar all-electric, driverless truck that began public road testing in Sweden in 2019. The feat solidified Einride as the first company to accomplish this type of ride in the country.

In addition to the its futuristic Pods, Einride provides E-Trucks featuring its Saga Platform to help optimize fleets and logistics for customers. Just last month, the company announced the purchase of 200 battery electric, Class 8 trucks from BYD to be deployed in the United States.

That decision coincides with Einride’s launch of services in the United States this past November. While it works to deploy its driver-equipped commercial EVs, Einride continues to make progress in implementing driverless Pod trucks that are operated remotely. We have now been introduced to the first remote Einride driver.

Einride explains that the role is a Remote Pod Operator rather than a driver, because Heathcott and those who will follow her will not actually be driving the Pods as much as they will be supervising and optimizing their autonomous routes.

This strategy, on top of Einride’s autonomous capabilities, will allow operators to provide operational support to multiple Pods at a time via their Automated Driving Systems, wherever they are connected. Einride Founder and CEO, Robert Falck, elaborated:

As we continue to scale our autonomous and electric solutions, we knew that we also needed to look at the jobs that are required to support safe and scalable implementation and we saw a market gap for this kind of role. We believe that going autonomous does not equate to losing the human element. We believe the opposite, that tech is stronger with the human element still in the loop and we are dedicated to creating a safer rollout of our autonomous and electric technology with this remote operation approach.

When I came across the opportunity to partner with Einride in this new role, I saw that this was one of the biggest steps I could play a part in in creating a better and more sustainable future for the next generation and the planet. Once other truck drivers are able to see what the remote approach to shipping can do for them, both on a professional and personal level, I’m confident that more and more will want to take part in creating lasting change.

According to Einride, it has already added Pod Operators to its roster beyond Heathcott, while it expands its autonomous operations in the both United States and Sweden. The company set up a regional office in Austin, Texas but still plans to set up its US headquarters in New York. Additional regional offices are planned for Los Angeles and the Bay Area later this year.

You can check out Tiffany Heathcott’s journey toward becoming a Remote Pod Operator in the Einride video below: