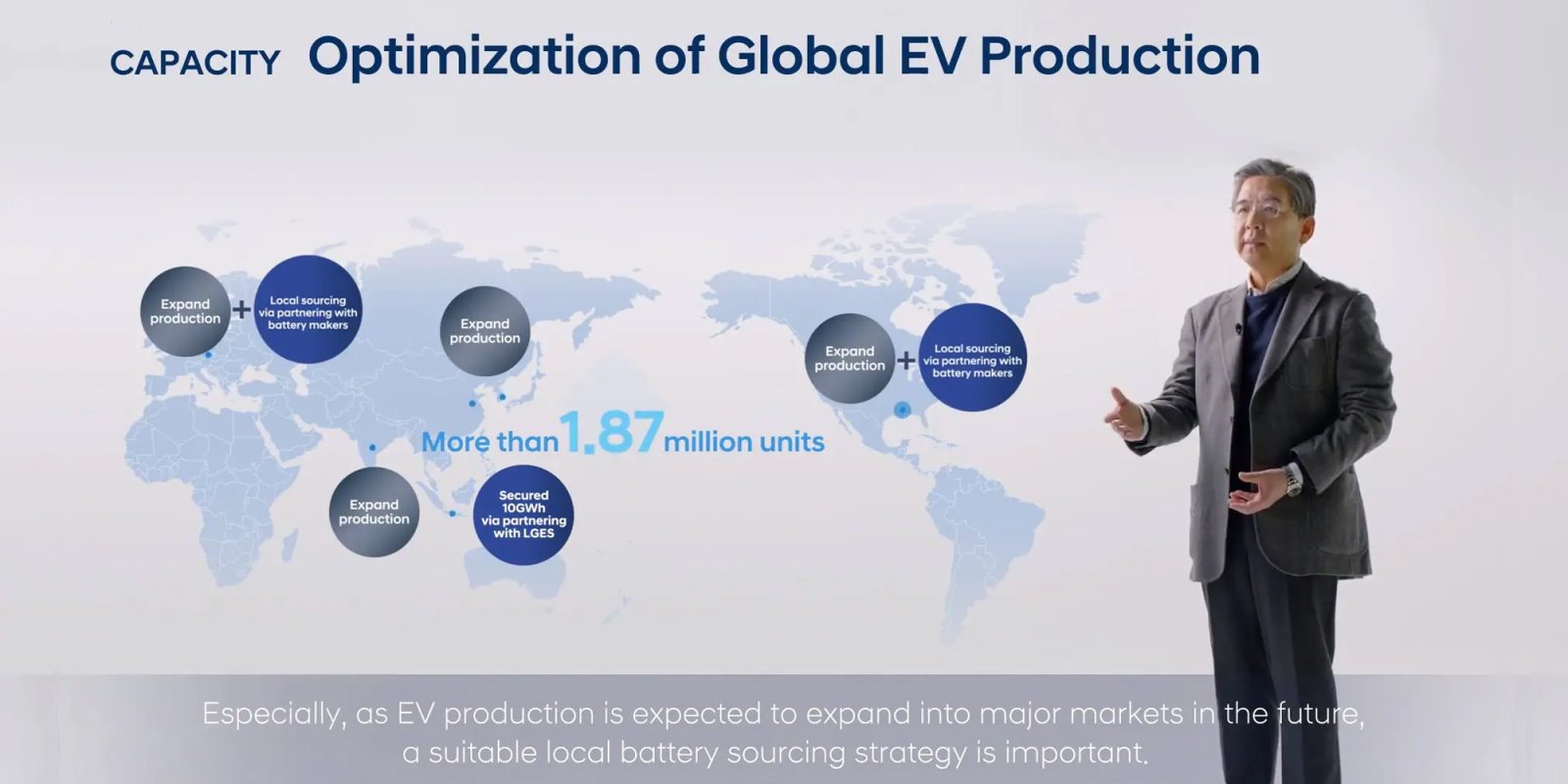 During its 2022 CEO Investor Day forum, Hyundai Motor Group outlined its electrification strategy through 2030, which includes 17 new BEV models. The accelerated approach to electrification includes an investment of nearly $80 billion in hardware and software technologies, as Hyundai Motor looks to capture 7% of the global EV market by the end of the decade.

Hyundai Motor Group is the global mobility umbrella to automotive marques like Hyundai and Kia, as well as the new Ioniq line of EVs. Additionally, its luxury brand Genesis has shared plans to go all-electric by 2030, ending new combustion models in 2025.

Last May, Hyundai Motor announced it would invest $7.4 billion to develop and produce EVs in the US by 2025. This was followed by an announcement last September that the company had committed to becoming globally carbon neutral by 2045.

While Hyundai Motor Group has taken climate change and the quest for zero carbon emissions a lot more seriously than other automakers, it has also recognized the business potential for EVs and their technology as the market continues to snowball.

That’s a large reason why it is of no surprise that Hyundai Motor Group is again accelerating its strategy toward electrification and throwing down some major South Korean won.

Hyundai Motor outlined its revised roadmap toward an all-electric future in a recent press release following its virtual 2022 CEO Investor Day from Seoul, South Korea. Hyundai Motor CEO, Jaehoon Chang, outlined several steps of the accelerated strategy with the goal of capturing a larger piece of that sweet BEV pie. Here are some of the main talking points:

By pursuing these revised targets, Hyundai Motor believes it can harden its annual global BEV sales to 1.87 million units and secure a 7% stake of the global market share by 2030. Hyundai’s previously outlined BEV sales goal was 560,000 units by 2025. Chang elaborated:

Hyundai is successfully accelerating its transition to electrification and becoming a global leader in EVs despite a challenging business environment caused by the global chip shortage and ongoing pandemic. Along with our seamless efforts to improve EV value, Hyundai Motor will continue to secure its business sustainability as a ‘Mobility Solutions Provider’ through advanced technologies of not only hardware but also software.

The automaker elaborated about the new models to come this decade, breaking it down between Hyundai and Genesis. New Hyundai BEV models will include three sedan models, six SUVs, one light commercial vehicle, and one “new type model.” Ioniq 6 sales are scheduled to begin this year, followed by Ioniq 7 in 2024.

Hyundai Motor’s luxury brand, Genesis, will also begin its all-electric transition, which will consist of two passenger EVs and four SUVs, including the Electrified GV70 launching this year.

What may be the most exciting out of Hyundai’s presentation is a new modular platform set to debut in 2025. This Integrated Modular Architecture will be an evolution of the electric global modular platform (E-GMP), which is just starting to hit roads on Hyundai vehicles like the Ioniq 5, Kia EV6, and Genesis GV60.

Hyundai explained that the IMA will not only be a platform for passenger BEVs, but also for purpose-built vehicles due to its modularity:

The IMA is being developed to standardize not only a chassis but also battery system and motor. The innovative architecture can be used for BEV models in all segments, improving driving range. Unlike the existing BEV development system, which has different types of battery packs for each model, IMA can be equipped with standardized battery packs to attach flexibly regardless of the model to improve cost efficiency. Through the cell-to-pack system, the new architecture can secure sufficient energy density and shorten charging time.

Hyundai went on to say that the IMA can house five different standardized motors according to the needs of a specific models needs, again providing extensive modularity and efficiency.