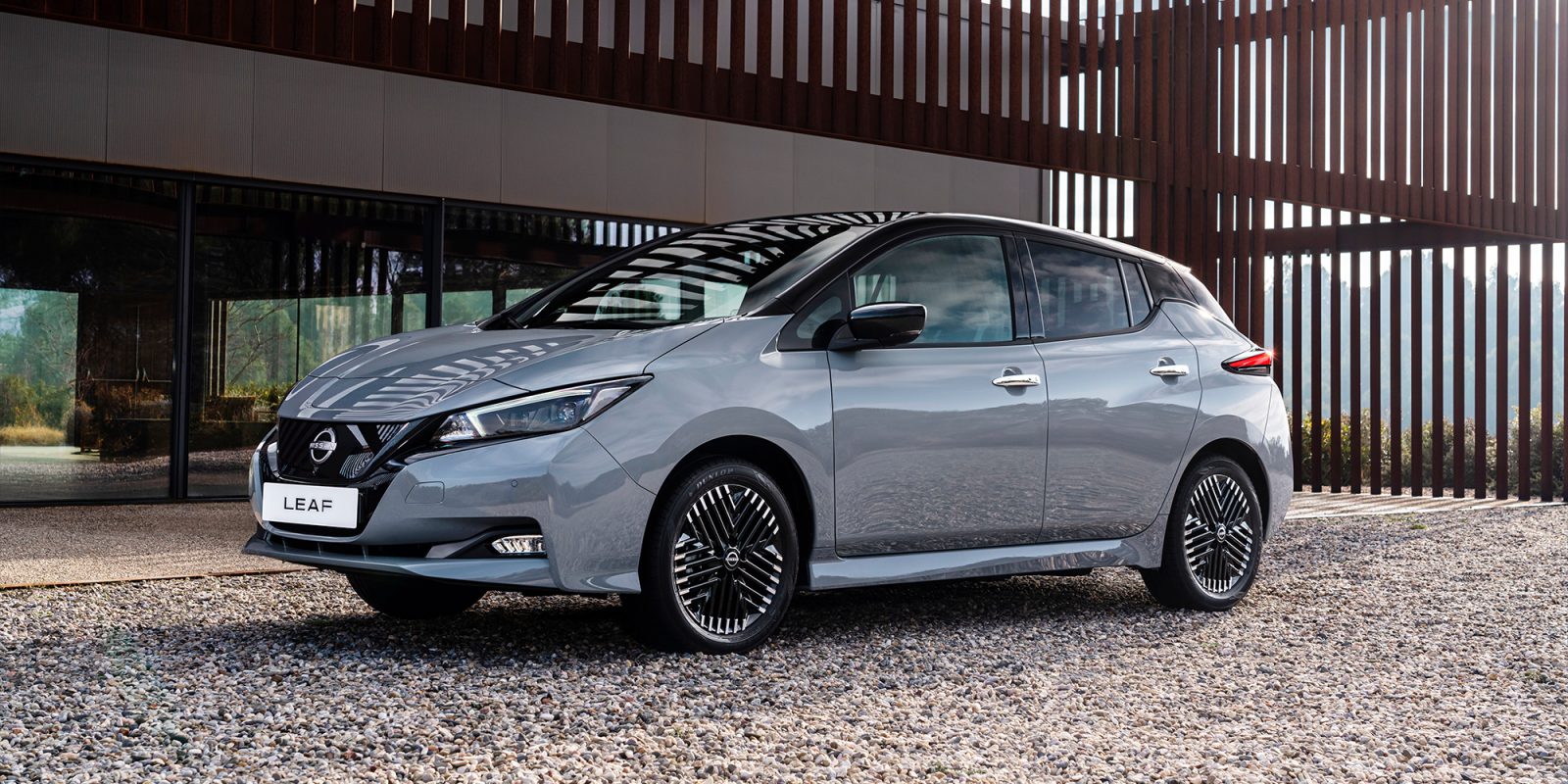 Ahead of an opening of orders on March 1, the 2022 Nissan LEAF will arrive in the UK and Europe with a refreshed exterior look. The 2022 models will include new alloy wheels, Nissan brand badges, and new exterior color choices. However, not much else has changed compared to previous model year LEAFs, including the decision to stick with the lame duck CHAdeMO charging port.

The LEAF sits at Nissan’s lone BEV offering for sale, despite its reign as one of the longest-running electric models in the US, debuting back in 2010. In fact, the Nissan LEAF held the title as the best-selling plug-in EV for years until the Tesla Model 3 crashed the party.

It’s interesting if not baffling that Nissan has still only released the LEAF after being such an early promoter of EVs to the public. The automaker’s plans seemed to have been scuttled when former CEO Carlos Ghosn was ousted, jailed and subsequently escaped to Lebanon.

“The times they are electrifying,” as they say and Nissan, like many automakers is committing to future electrification. The Japanese automaker has a second EV on the horizon with the Ariya, and has joined the UN’s “Race to Zero” campaign aiming to be 100% electric by the early 2030s. This strategy includes the launch of 15 BEVs in the next eight years.

With a (loose) commitment to ending combustion vehicle production and 23 electrified models on the way, what is Nissan to do with the EV that started it all? For now, it appears to be all cosmetic as the 2022 Nissan LEAF will come available with some exterior updates in Europe next month.

2022 Nissan LEAF gets upgraded, but only on the outside

Nissan Europe unveiled the new look of the 2022 LEAF models in a press release, sharing further details of what customers in the EU and UK can expect. Here are some of the changes:

That about where the changes end, we’re afraid. The 2022 Nissan LEAF models will still come in two battery capacity options – 40 or 62 kWh depending on the trim level. Furthermore, the Nissan team told us that the 2022 LEAFs will still feature the ill-fated CHAdeMO charging plug, which has become a deterrent for consumers as it is much harder to find a compatible charger these days.

Nissan told us the company will be switching to the more conventional CCS plug beginning with the Ariya. Nevertheless, Arnaud Charpentier, Region Vice President, Product Strategy and Pricing, Nissan AMIEO region, had alot to say about the LEAF and the automaker’s EVs progress:

The Nissan LEAF has always been about making advanced technology and the thrill of electric driving accessible to everyone with over 577,000 customers worldwide. LEAF has been designed around families’ needs to offer seamless connectivity and an efficient powertrain. As the popularity of electric vehicles continues to grow, Nissan is pursuing an exhilarating chapter in its electric mobility story. LEAF has played a key role in shaping Nissan’s vision for empowering mobility and beyond, as we leverage our EV expertise to launch 23 new electrified models – including 15 full EVs – by fiscal year 2030.

With such little innovation implemented in the LEAF the past several years, it’s hard to believe it will be part of Nissan’s electrified journey moving forward. For now however, Consumers can get a 2022 Nissan LEAF in a new shade of blue and alloy wheels, at least in the UK and Europe. It is unclear at this time if these options will also make their way to the US, but we have asked.

2022 Nissan LEAF orders open on March 1 ahead of deliveries in April.

How much longer is Nissan going to drag the LEAF along with it? Assumedly, until the Ariya arrives, so it still has at least one EV in its lineup.

It’s sad to see such an early and successful electric vehicle sort of left on the back burner to end its production run (at least this iteration of it.) There have been previous reports of a crossover replacement, but a total rebranding doesn’t feel like a huge priority at Nissan’s current junction.

The EV has remained pretty much the same for years now, garnering no updates to its batteries, motors or range. Plus the decision to stick with CHAdeMO is a clear giveaway that Nissan does not see a future with the LEAF in its lineup.

Perhaps it disappears for a few years and is reborn as a crossover, that’s a popular strategy, right? For now, the focus will be on Nissan EVs furthering innovation like the Ariya, and whatever 14 BEVs that are supposed to join it before 2030. Still, we cannot forget what the LEAF has done for early EV adoption.