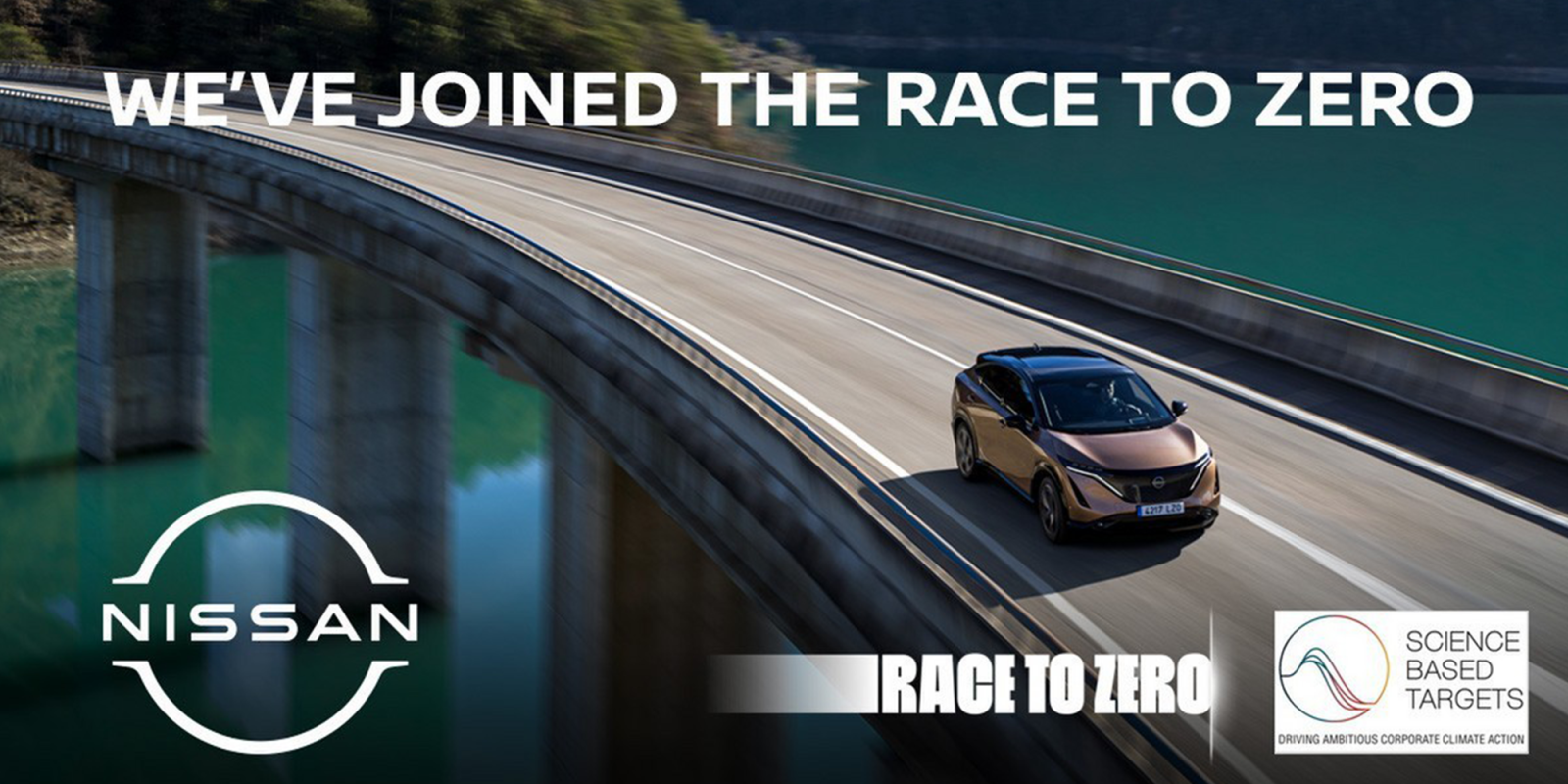 Nissan has announced that it’s the first Japanese automaker to join a United Nations-supported “Race to Zero” campaign, which is focused on accelerating electric vehicle implementation and reaching carbon neutrality. With the long-established LEAF on the market and an all-electric crossover on the way, Nissan said it aims to make all new-vehicle offerings fully electric… but not until “the early 2030s.”

Nissan is a Japanese automaker that was applauded early on for delivering an electric vehicle all the way back in 2010 with its LEAF. The LEAF remains one of the longest-running EV models in the US, and actually wore the crown of best-selling plug-in EV for years. That is, until the Tesla Model 3 showed up.

Unfortunately, Nissan has yet to deliver another electric vehicle in the 11 years since. The automaker’s EV plans could very likely have been scuttled when its former CEO Carlos Ghosn was ousted, jailed, and subsequently escaped to Lebanon.

With its latest announcement, Nissan joins a wide roster of companies in halving carbon emissions before reaching full carbon neutrality. It is also promising a future full of all-electric offerings… but consumers will have to wait another decade.

In a recent press release, Nissan has announced its commitment to the “Race to Zero” campaign, backed by the United Nations as a global environmental alliance.

According to its website, Race to Zero “mobilizes a coalition of leading net zero initiatives, representing 733 cities, 31 regions, 3,067 businesses, 173 of the biggest investors, and 622 higher education Institutions.”

As part of the campaign, Nissan signed a Business Ambition for 1.5C commitment, with the goal of keeping global temperature rise to 1.5C above pre-industrial levels.

Nissan’s below 2C carbon reduction targets have been validated by the Science Based Targets initiative (SBTi), a second organization Nissan has joined as a requirement of the “Race to Zero” campaign. Uchida elaborated:

Through joining the SBTi and participating in these campaigns, we are renewing our determination to work with like-minded companies and local governments around the world to solve the challenges of climate change and realize a sustainable society. To accelerate global efforts to achieve carbon neutrality, Nissan will continue to address various issues in a responsible manner, including further promotion of electrification.

Earlier this year, Nissan pledged to achieve carbon neutrality across all operations and products by 2050. To accelerate this effort, the automaker initiated programs like Nissan EV36Zero – a new manufacturing strategy that combines electric vehicle production with battery manufacturing and renewable energy generation.

Looking ahead, Nissan aims to eliminate carbon emissions through all aspects of its operations and develop an ecosystem around electric vehicles. This includes renewable energy generation, energy storage, and second-life implementation for EV batteries. Lastly, Nissan stated the following:

Central to Nissan’s carbon neutrality plans is its rollout of electrified vehicles and technologies. This began in 2010 and continues today with the expansion of Nissan’s unique e-POWER technology and new fully electric vehicles such as the Nissan Ariya crossover. Nissan is aiming for 100% of its all-new vehicle offerings to be electrified in the key markets of Japan, China, the United States and Europe by the early 2030s.

“Early 2030s” just doesn’t hold the same zeal as a number like 2025 or 2026, like some other automakers are promising. Nissan couldn’t even give a harder deadline like 2030, for instance.

It also danced around the its timeline commitment by using phrasing like “aims to deliver,” already setting up an out should it not meet its goal. It’s still a goal worth recognizing, and it’s obviously going to take any automaker of Nissan’s size quite a bit of overhaul to begin delivering a fully electric fleet.

With that said, what has Nissan been doing the past 11 years since its last EV debuted? Imagine if it had begun this electrified revolution then? Any commitment to eliminating carbon emissions and promoting EVs is welcomed, but forgive me if I’m reluctant to bust out the confetti for this company.

What’s considerably more sad is that with these new commitments, Nissan looks like Tesla compared to its Japanese competitors Honda and Toyota.