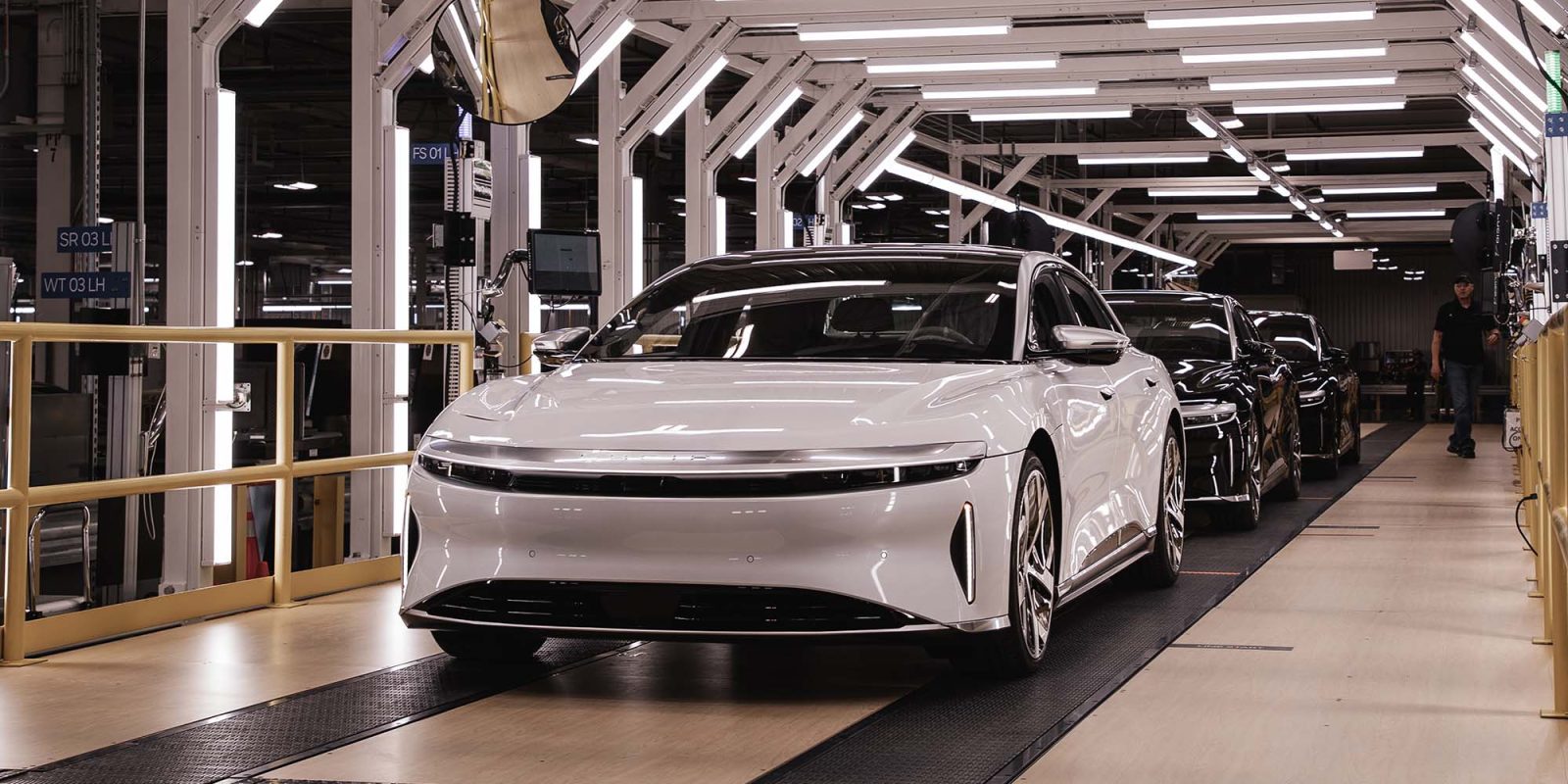 Lucid Group announced a recall of 203 of its flagship Air luxury sedans today, citing a potential issue surrounding the installation of the front strut damper in the suspension. This appears to be a precautionary recall as no failures of the part have been reported yet, according to Lucid Motors.

The Air Dream Edition is the first and only EV trim to arrive from Lucid Motors so far, following years of anticipation and hype surrounding the premium luxury sedan. Following production delays in 2021 after a successful SPAC merger, Lucid began rolling its first production models of the Air off its AMP-1 assembly line in September.

To match the impressive 520 EPA estimated miles on the Air Dream Edition Range, Lucid announced it would only produce 520 units of this initial $169,000 trim, along with a 1,111 hp Performance version too of course.

Since fall, Lucid has been busy delivering both versions of the Air Dream Edition to customers while simultaneously gearing up for three additional trims slotted for deliveries in 2022 – all of which will be produced at the automaker’s ever growing facility in Casa Grande, Arizona.

While early (and affluent) customers await their Dream Edition Air deliveries, at least 200 are being recalled for a potential safety issue concerning an incorrectly assembled suspension component.

Lucid issues Air recall as more of a precaution than anything.

According to Reuters, Lucid Group announced the recall today, which includes 203 Dream Edition Air sedans. The source of the recall is a suspension component called the front strut damper, which according to Lucid, was assembled improperly by its supplier.

While we won’t know exactly how many Air Dream Editions have been delivered until Lucid’s Q4 earnings call on February 28, we know that at least 203 are out in the world and will need to come back to a service center to ensure they have been assembled correctly and safely.

Despite issuing its first recall, Lucid stated it is not aware of any instances in which the damper failed. Furthermore, the company only expects about 1% of the 203 EVs being recalled to actually have the incorrectly assembled suspension component present. By our count, that’s only two affected vehicles, three if we’re rounding up.

Nevertheless, it’s clearly important enough of an issue that Lucid wants to ensure any and all of its Air sedans with any possibility of being affected are recalled and confirmed as correctly assembled, especially since quality is something the automaker strives to deliver in all aspects of its EV production practices inside and out of its vehicles.