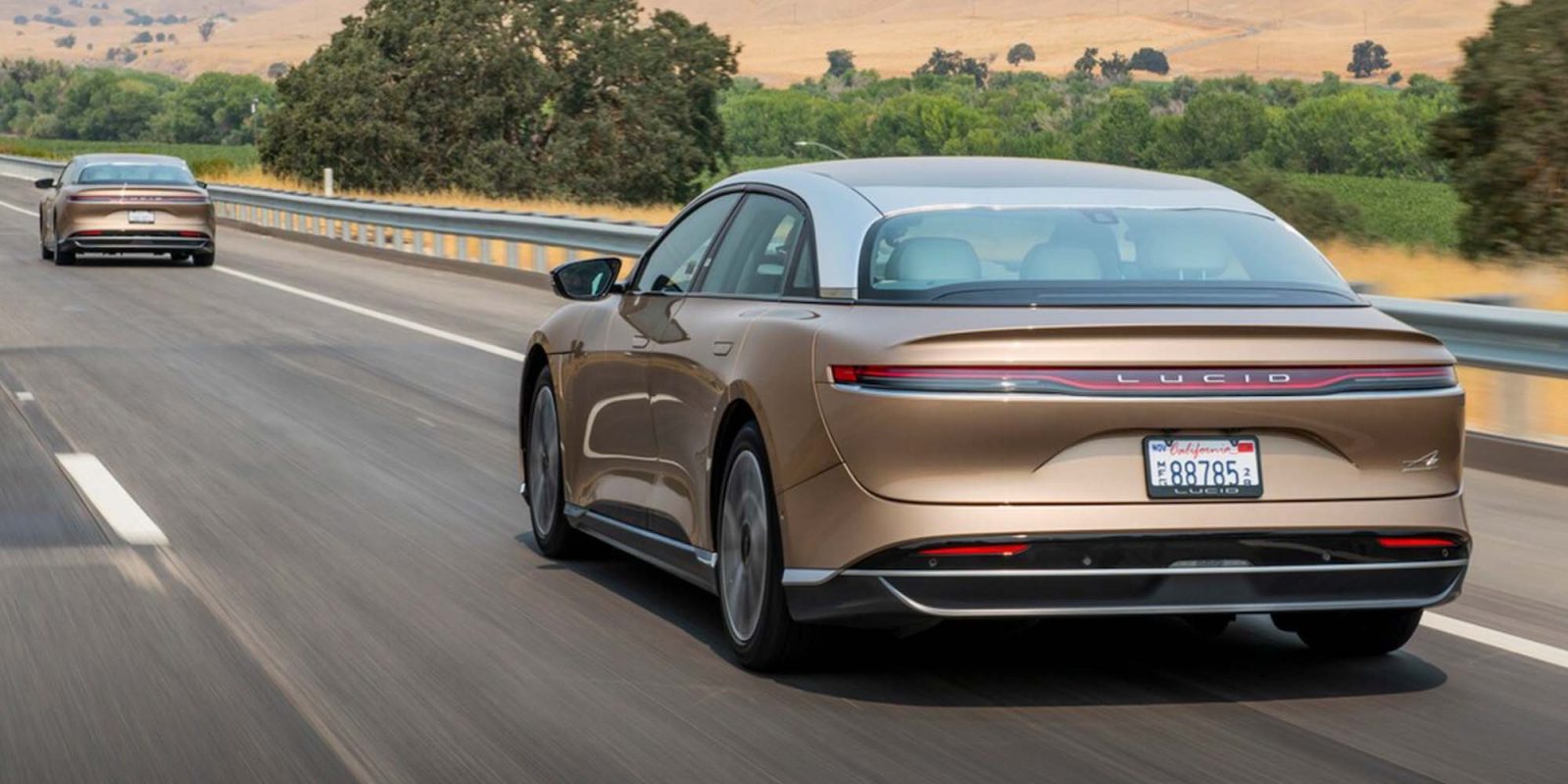 US EV automaker Lucid Motors has just shared some of the official EPA ranges for its flagship Air sedan, and they are quite impressive. In an official press release, Lucid revealed the EPA estimated range for two versions of the upcoming Dream Edition Air, as well as the Grand Touring. Both of these trims provide a range of at least 450 miles.

Lucid Motors is a US EV automaker focused on the luxury segment of the market. By charging a higher premium for its electric vehicles, Lucid can deliver superior features in range and horsepower, delivered within a sleek, luxe design.

For over a year, Lucid Motors has been teasing its flagship EV, the Air sedan, consistently sharing new details of its features alongside its progress toward full production.

While the Dream Edition trim of the Air sedan was originally slotted to arrive in spring 2021, Lucid announced delays, pushing the delivery window to “sometime in the second half of 2021.”

This news came just days after a SPAC merger with Churchill Capital Corp. IV ($CCIV) was announced, a move that was made official this past July. The automaker is now tradable on the Nasdaq under $LCID.

With today’s announcement, we know what official EPA ranges to expect on the Lucid Air when it finally arrives, and that the Air’s actual numbers surpass the previous hints Lucid Motors has shared.

In a press release from the automaker, Lucid Motors has shared the official EPA range for both versions of the Air Dream Edition, as well as the upcoming Air Grand Touring.

The automaker has shared a staggering EPA range of 520 miles for its Lucid Air Dream Edition Range when fitted with 19″ wheels.

According to Lucid, this makes the Air the longest range EV rated by the EPA to date. CEO and CTO of Lucid Group, Peter Rawlinson spoke to these numbers:

I’m delighted that our Lucid Air Dream Edition Range has been officially accredited with a range of 520 miles by the EPA, a number I believe to be a new record for any EV. Crucially, this landmark has been achieved by Lucid’s world-leading in-house EV technology, not by simply installing an oversize battery pack. Our race-proven 900V battery and BMS technology, our miniaturized drive units, coupled with our Wunderbox technology endow Lucid Air with ultra-high efficiency, enabling it to travel more miles from less battery energy. The next generation EV has truly arrived!

Lucid Motors has shared additional EPA range specs on variations of its electric Air sedan. The Performance version of the Air Dream Edition sacrifices a bit of range for more horsepower but can still deliver 471 miles on 19″ wheels.

The next available trim for the Air, the Grand Touring, loses quite a bit of power compared to the Dream Edition versions, but 800 horsepower is still quite powerful. To top it off, the Grand Touring offers an EPA estimated 516 miles of range on a single charge, with 19″ wheels.

Here are the EPA range estimates for each of the current variations of the Air that Lucid has shared:

The Dream Edition version of the Air sedan is scheduled to arrive sometime in the second half of this year, and with the new EPA range made official, the Air Grand Touring will be the next variation of Lucid’s flagship EV to follow.

These trims will be followed by two additional, more affordable variations in the Air Touring and Air Pure, although we do not know those EPA range ratings at this time. For now, all eyes will be on the first deliveries of the Air Dream Edition.