The world’s most extreme 35 MPH electric surfboard just got… even more extreme! 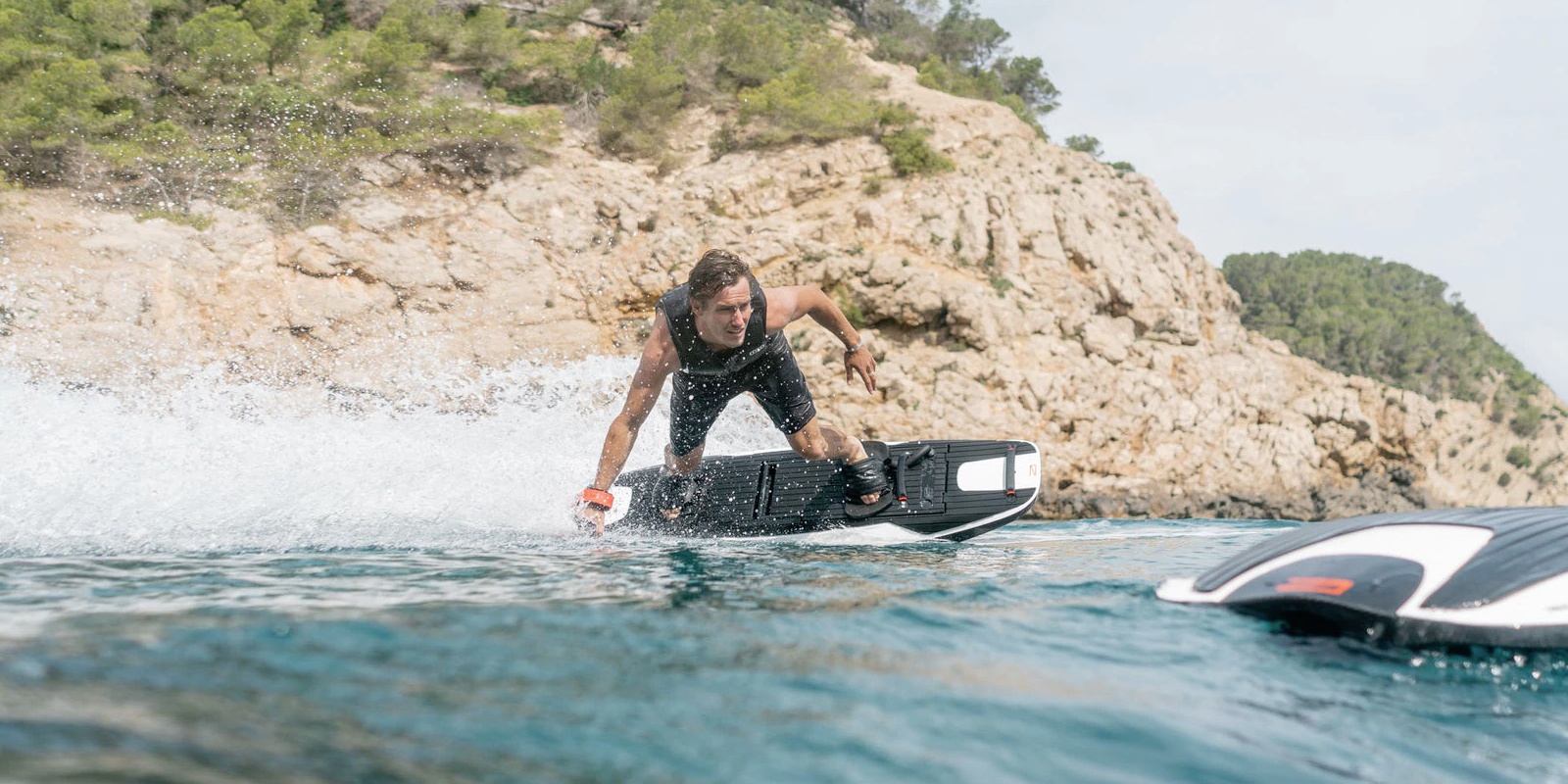 Swedish electric surfboard company Awake has spent several years enjoying elite status in its industry, known for creating the most extreme electric surfboards that money can buy. And now with the Awake RÄVIK S 22, the company is splashing down with yet another new board that continues to push the limits of what e-surfboards can do.

Awake calls the new board “an even more perfected version of our original RÄVIK S,” the electric surfboard that debuted back in 2020.

The Awake RÄVIK S 22 retains much of the foundation of the original board, such as the W-shaped hull, linear jet system, and the Awake lithium battery system.

But the rest of the board has been re-engineered for more power, more thrust, and an overall better surfing experience.

According to Awakes’s co-founder and Chief Innovator Phillip Werner:

“We at Awake are really proud of the RÄVIK S 22 – it is an even more perfected version of our original RÄVIK S. We have re-engineered the modules in the board from the ground and up. For me, as a quite heavy rider – at about 100 kg – you can definitely feel the additional thrust, instant throttle response and extra speed. The RÄVIK S 22, is definitely helping to bring my carving and control abilities to the next level and will enable all Awake riders to push the sport even further than backflips this year.”

The Awake RÄVIK S 22 offers some seriously compelling performance specs, allowing surfers to take to the water at high speeds even when there are no waves in sight.

That kind of acceleration and top speed comes at a cost though, and the price is a fairly short riding time. Two battery options are available: the standard battery that offers 15-20 minutes of thrills, or the XR battery that can more than double it to 20-45 minutes.

Recharging time is said to take 80 minutes. So, you know. Maybe keep a couple of spare batteries on the charger.

But believe it or not, those prices have actually dropped considerably in the last few years. When I first started covering Awake four years ago, the boards were priced at €18,900. Two years later, the price had dropped to €16,900. And now we’re at €12,900. These aren’t cheap, but that’s promising progress!

I’ve ridden $10,000 “budget” electric surfboards before, and they’re a lot of fun, but they’re nothing compared to what Awake is building.

So if you want the best, this is apparently what it costs.

And it definitely goes a lot faster than a Tesla surfboard.

Oh, and if you want to see someone jump a premium electric surfboard several meters in the air, check out Awake’s launch video above.

As much as I want to try one of these things, it looks like a great way to knock myself out on the water. But the pros sure make it look easy!