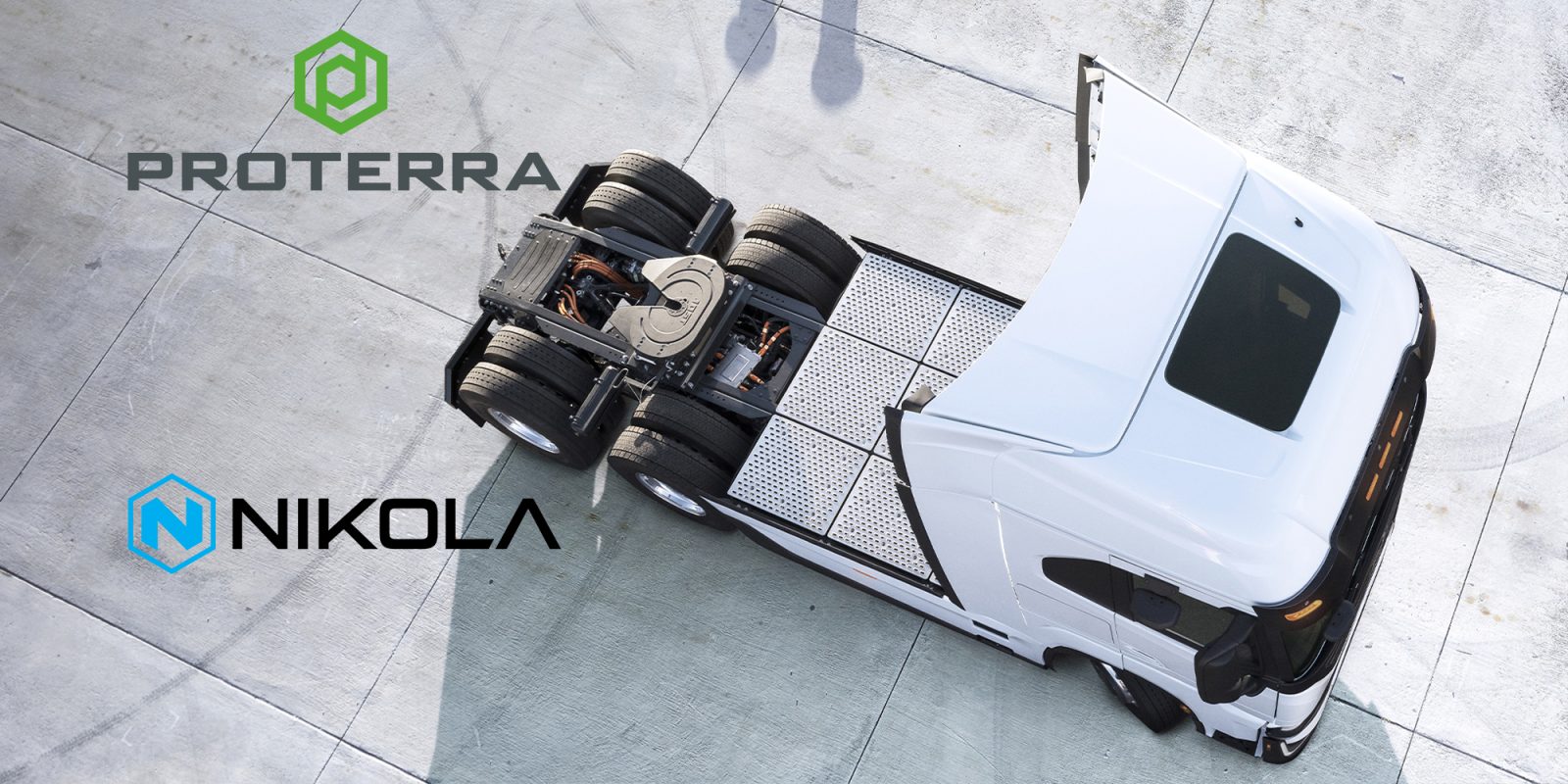 EV technology company Proterra continues to expand its rolodex of commercial EV customers, as Nikola Corporation has recently joined the fold. As part of a new multi-year supply agreement, Proterra will provide its proprietary battery technology to power Nikola’s Tre BEVs and FCEVs.

Nikola Corporation ($NKLA) is an American developer of zero-emission vehicles (ZEVs) that is seemingly working to right a ship led astray through moral and legal grey areas by its former CEO Trevor Milton.

But we’ve covered enough of that litigious history already, and like Nikola Corp., will try to move forward. The Arizona-based automaker is doing so with its all-electric Tre Class 8 truck, which recently received certification to qualify for a $120,000 incentive in California.

This incentive, as well as similar strategies in other states, have ignited a boom in Commercial EV sales recently, one in which Proterra and Nikola Corporation look to capitalize on.

Proterra ($PTRA) is an EV technology developer focused on the commercial segment, particularly proprietary platforms powered by its own battery systems, which it supplies other OEMs.

Last week, we covered news that Proterra had signed a long-term agreement with Vicinity Motors Corp. to provide battery systems to at least 600 commercial EVs over the next two years.

With its latest announcement, Proterra has locked in yet another commercial customer in Nikola Corp. signing multi-year supply agreement.

Proterra announced the new agreement with Nikola Corp. in a press release, sharing some (limited) scope of the terms. The agreement itself is for multiple years, although the exact length is unclear.

Proterra said it expects its battery technology to be implemented in both BEV and Fuel Cell EV versions of the Nikola Tre trucks. Proterra CEO Gareth Joyce commented on the agreement:

Class 8 trucks play a vital role in the U.S. and global economy, but today are some of transportation’s worst polluters. Decarbonizing the trucking industry is core to Proterra’s mission, and we are excited to join Nikola on this journey to help drive heavy-duty trucking to zero-emissions.

Proterra said it will begin delivering prototype systems to Nikola Corp. in Q2 of this year. According to the release, the first Nikola Tre class 8 trucks powered by Proterra are expected to be produced in Q4. Current Nikola CEO also commented about the new agreement:

With the growing demand for the Nikola Tre BEV and FCEV, we have actively pursued battery supply through a dual source strategy. We look forward to collaborating with Proterra, which is expected to bring industry-leading heavy-duty EV battery solutions to Nikola’s battery-electric and fuel cell electric vehicle platforms.