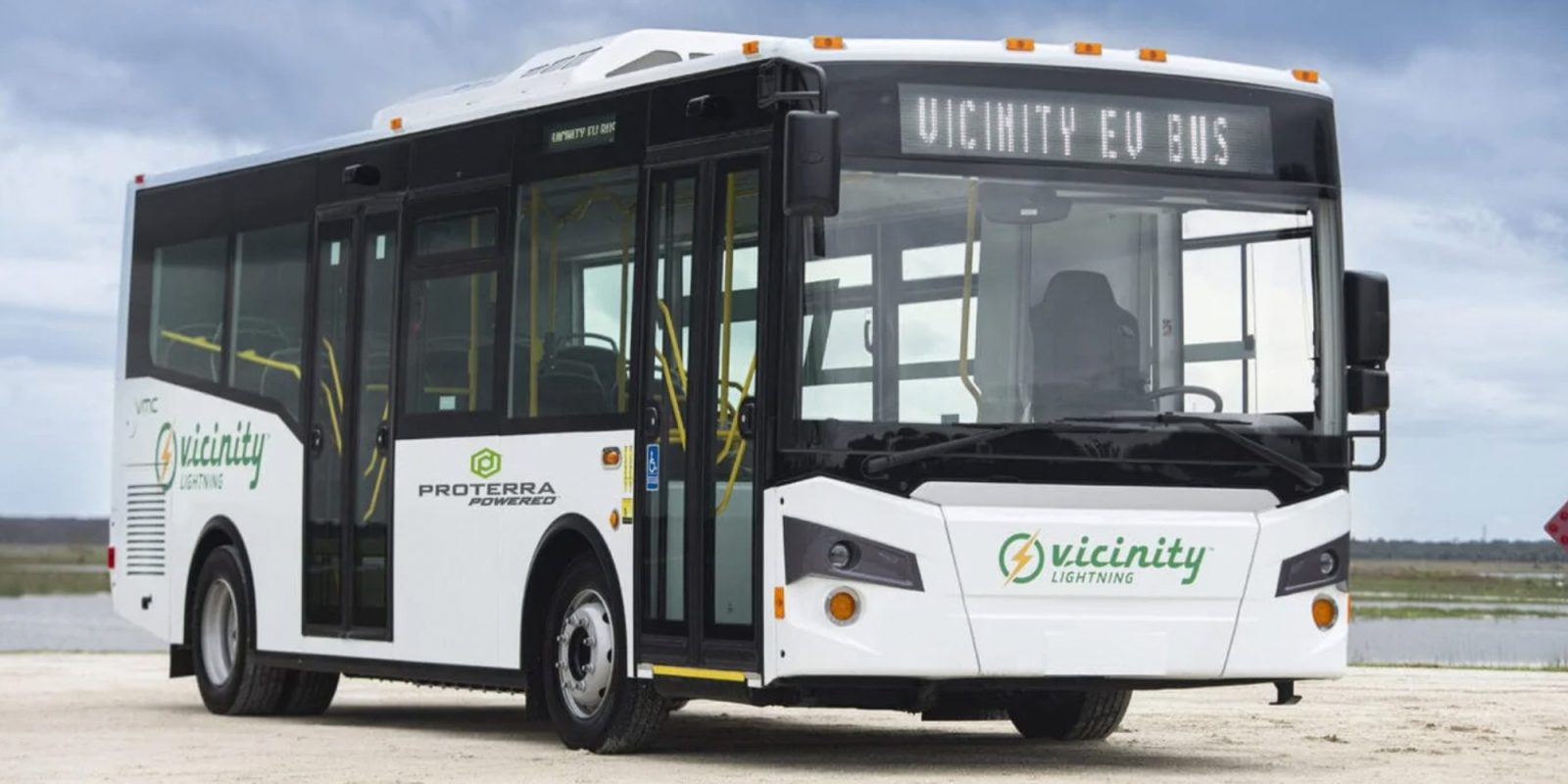 Proterra ($PTRA) is an EV technology developer focused on the commercial segment, mainly transit. Its manufactured vehicles sit upon proprietary platforms powered by its own battery systems, but Proterra also supplies other OEMs with its technology

The company is headquartered in Silicon Valley, where it performs much of its R&D and advanced battery engineering. However, the company also has facilities in Los Angeles County and South Carolina, which will soon be home to its third battery manufacturing facility.

Together with Proterra’s battery system technology, Vicinity Motor looks to greatly expand its output of electrified commercial vehicles over the course of the next two years.

Proterra announced the supply agreement through a press release, sharing more details of its scope. The multi-year contract includes a minimum of 600 battery systems from Proterra to be implemented in Vicinity Motor Corp.’s EVs.

This will include the Vicinity Lightning 28-foot electric transit bus (seen above), as well as Vicinity’s strip chassis platform. In turn, this will provide energy support to several configurations including utility trucks, shuttle buses, and box trucks. Proterra CEO Gareth Joyce, spoke to the new contract:

Cities and towns across North America are driving towards a future with clean air and a healthier environment for our kids and future generations. The question now is no longer if communities will transition to zero-emission, battery-electric transportation, but how fast we can get there. Together with Vicinity, we are excited to build on this innovative spirit as we bring more clean transportation solutions to the communities we live in and serve.

Proterra states that the new agreement is also expected to include battery systems for Vicinity’s next-generation heavy-duty electric transit buses, as well as the VMC 1200 Class 3 work truck and VMC 1500 Class 5 work truck.

The collaboration will begin with the “Proterra powered” Vicinity Lightning bus, which is expected to begin production in Q3 of this year.