NIO is developing a co-branded network of charging solutions with… Shell? 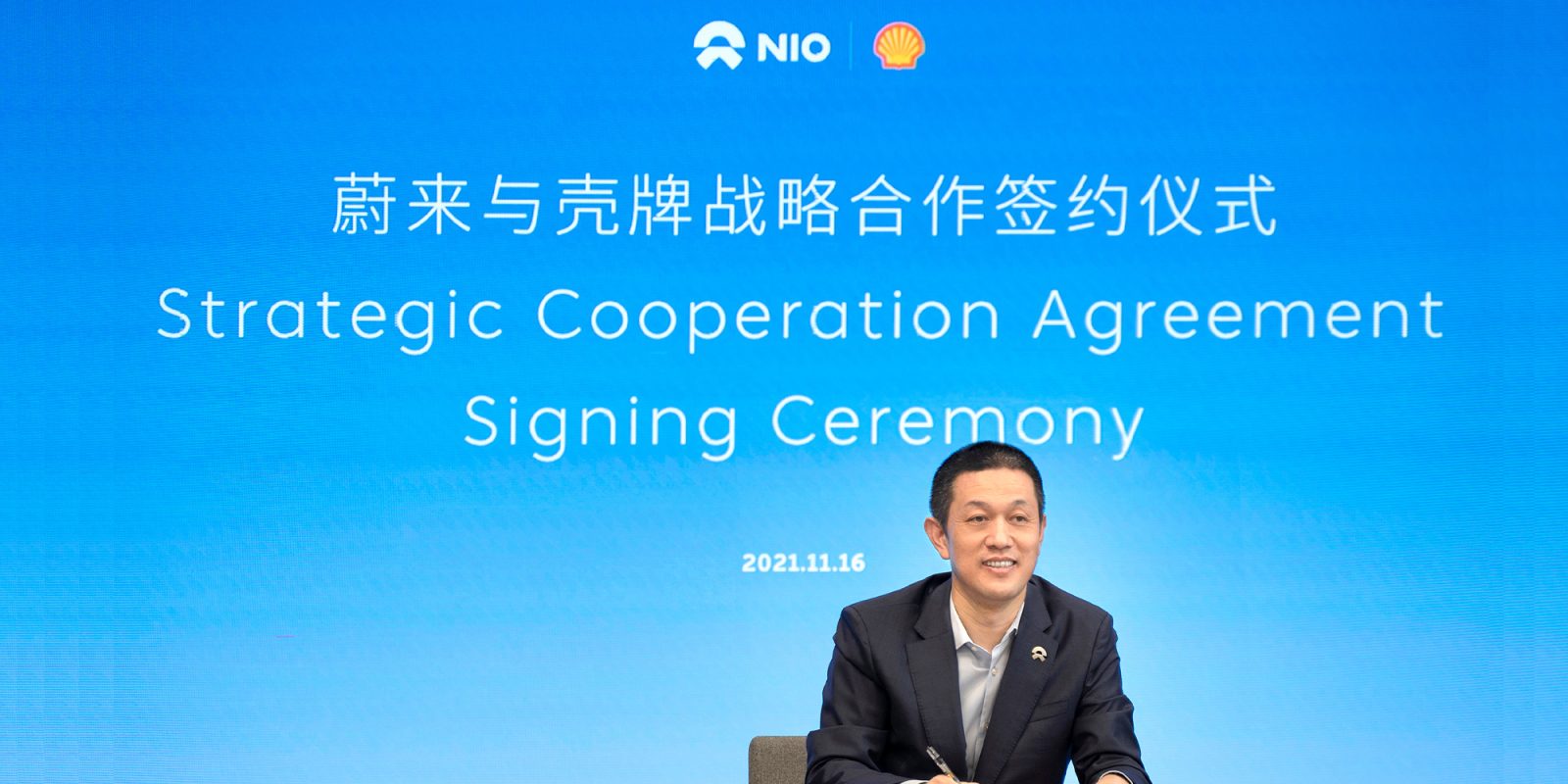 NIO has officially made a deal with the devil Shell Group. The companies recently announced a strategic cooperation agreement that includes the rolling out of co-branded battery swap stations and EV fast chargers throughout China and Europe, beginning next year.

NIO is a Chinese automaker and one of the most prominent EV names overseas. With recent expansions to Europe, NIO continues to grow its fleet of EV models as well as its global market share.

Royal Dutch Shell Group is a name that needs no introduction. It is an oil and gas conglomerate with a colorful 115-year history, decorated with human rights violations, thousands of gallons of oil spilt, and those pesky Paradise Papers from 2017.

Despite its tumultuous history, Shell Group has made recent efforts toward reparations by investing in clean energy, particularly EV infrastructure. In 2020, Shell doubled its EV charging presence in Germany to 200 stations, and even purchased Ubitricity, the UK’s largest charging network.

This past May, a court in the Netherlands ordered Shell to cut its carbon emissions by 45% by 2030 from 2019 levels. Previous to this ruling, Shell’s emissions reduction target was 20% by 2030.

With a court-ordered acceleration to reduce carbon emissions, it’s no wonder Shell Group is partnering with a rising EV brand like NIO.

NIO made the announcement of the new joint agreement with Shell on its Weibo page, stating the following:

Today, NIO announced the signing of a strategic cooperation agreement with Shell Group. The two parties will carry out cooperation in the field of electric vehicle energy on a global scale

Decarbonization is a global challenge that requires broad-reaching, multi-faceted solutions. This is the most exciting thing about our new partnership with NIO — the breadth of the collaboration and the value we can offer our EV customers together, both in Europe and in China. Together, we’ll be working to improve every aspect of the EV experience. This means we’ll offer Shell Recharge high-speed charging at NIO locations and make battery swap available at convenient Shell locations while also offering NIO customers our best home and business charging solutions.

This move by NIO is… interesting. I wonder who texted first?

Listen, there is no denying Shell Group’s long-standing history as an oil juggernaut in a segment that has (and continues to) leverage its resources to try and stifle EV adoption.

It could be the court orders, or the blatant evidence of global climate change, but Shell appears to have somewhat changed its tune, and put a decent chunk of money toward EV charging the past four years or so.

I’m still trying to figure out where NIO fits into this equation, though. It makes more sense for NIO to align with Shell for larger charger access in Europe. Especially given that the EV automaker has merely dipped its toe in the market ahead of a planned penetration into more of the EU.

That being said, Shell working on co-branded battery swap stations is interesting, as its previous focus appears to be on fast chargers. It can help provide NIO drivers access to both in China and now Europe, so I suppose it’s a win win for both parties.

Perhaps Shell Group can get other automakers to adapt a battery swap strategy given its shared plans for station expansion, but I’m still not sure who is going to bite on that.

This has to be a particularly lucrative strategy on paper for NIO, because there are plenty of other EV network and charging technology companies out there that are not funded by big oil. Why Shell, NIO? And why now?