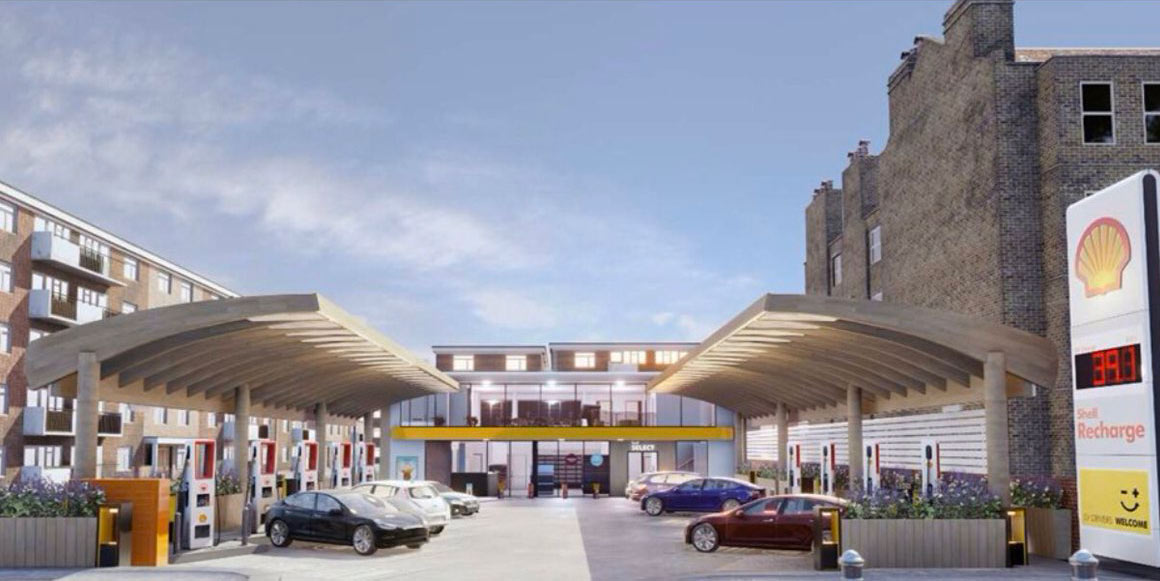 Shell has announced a plan to increase their EV fast-charging presence in Germany, up to 200 total charging points from their currently announced 100.

Shell has been investing more into electric vehicle charging through their “new energies” division, positioning themselves for a time when oil use is no longer in vogue. In seeking this position, Shell acquired Greenlots last year, a company that focuses on installing EV infrastructure, and also acquired EOLFI, a French solar and wind farm company.

However, Shell is one of the largest companies in the world, and the company is still investing a comparative pittance into the new energies division. The division gets about $2-3 billion to spend per year. With global annual revenue of $371 billion last year, that’s less than 1% of the money the company takes in.

This may not be enough for the company to reach its green energy targets. So it looks like Shell needs to pick up the pace, and 100 extra EV charging stations will be a (really small) step toward getting there.

In addition to this charger expansion, Shell will offer drivers a method to offset their emissions from driving, adding a small additional cost to fuel to fund carbon reduction projects. This cost will be approximately 1 cent per liter of fuel.

The program will be active in Germany, Austria, and Switzerland, and the money will be used to fund conservation and restoration projects around the globe.

Other giant oil companies are getting involved in the charging game too.  Total plans to install several charging stations across Germany and Europe starting this spring.

It’s hard to take an oil giant seriously, especially one that has been responsible for so much environmental damage for so long. Shell is enormous and has existed for more than 100 years, so they shoulder the blame for a large percentage of damage that’s been inflicted on the environment over the last century.

So the idea of Shell spending less than 1% of their revenues, and 1 cent per liter of fuel — but only in some territories — on cleaning up their act feels more than a little hollow.

Skepticism for Shell’s actions here is natural. It’s entirely plausible to think that they’re buying up green energy and electric car-charging infrastructure in order to let it languish or otherwise keep tabs on it.

But maybe there really are some people in Shell who actually see the light and recognize that their business will fail without adaptation.

We’d like to see bigger moves in this direction. For starters, a much larger budget for green energy would be nice. Or perhaps, instead of it being a separate division, transfer the entire company into renewable energy and rapidly work to move out of the fossil-fuel business.

What would be really nice is if Shell committed to offset all emissions from any oil produced by their company and kept their oil assets in the ground where they belong. And then, Shell can do the same for the last century-worth of emissions costs of which they’ve burdened the world with.

But I suppose asking polluters to clean up after themselves is “unrealistic.” So I guess we just have to be happy about this move, and continue to work to get that new energy investment up. OK, Shell?