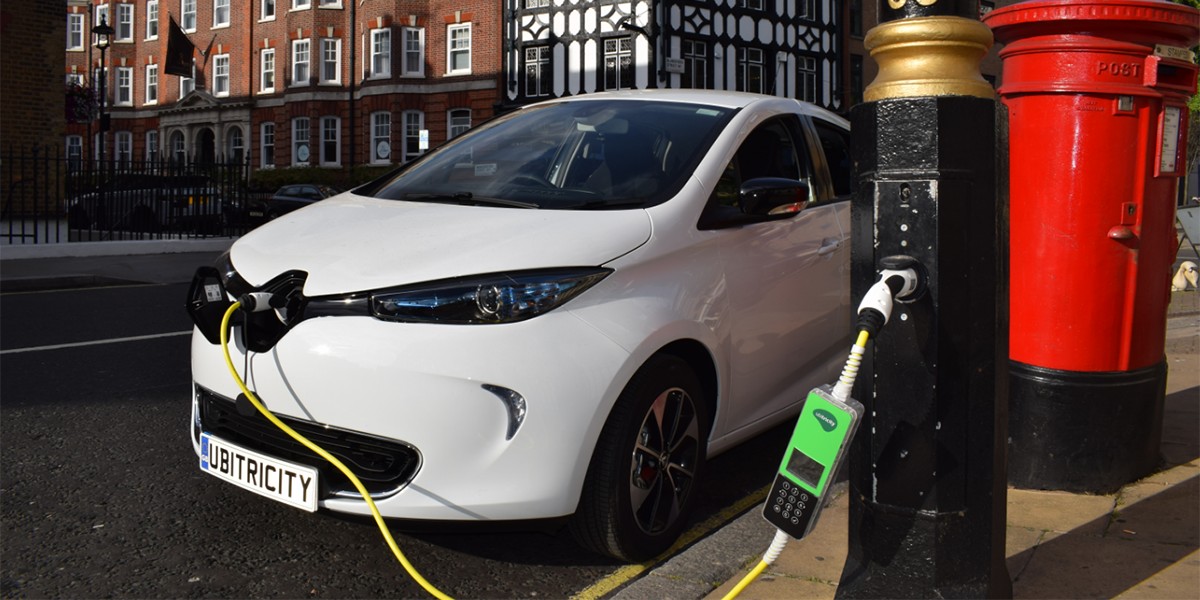 Royal Dutch Shell said today that it is acquiring 100% of Ubitricity, the UK’s largest public electric vehicle charging network. The amount of the acquisition is undisclosed, and the deal is expected to close later in 2021.

Ubitricity, founded in Germany, is a leading provider of on-street charging for electric vehicles. It holds 13.1% of the UK’s car charging points market. BP Pulse comes in second, at 12%. (Tesla Supercharger is 2.9%.)

On-street parking is extremely common in the UK, both in residential and business settings, so there will be a great need for a lot of on-street charging as the country works toward phasing out ICE cars by 2030. The Financial Times notes:

[Ubitricity], which integrates electric car charging into street infrastructure such as lamp posts, has more than 2,700 charge points in the UK, giving it a market share of 13%.

Shell said the acquisition would help it expand into on-street charging. It already has more than 1,000 fast and ultrafast charging points at 430 Shell retail stations and a greater number including those owned by partners and affiliates at forecourts and motorway service stations [in the UK].

Shell has installed its own chargers at its gas stations, invested in other charging companies, and acquired EV charging companies outright over the past few years. Ubitricity firmly puts Shell’s presence on the UK’s streets.

For example, in September 2017, Electrek reported on its first look, south of London, at some of Shell’s first chargers, which were deployed earlier that year in the UK and the Netherlands when it partnered with Allego. (They looked like gas pumps.)

In October 2017, it acquired NewMotion, then Europe’s largest electric charging partner for residential and business markets. In May 2018, it invested $70 million in Germany-based home battery pack and EV charger manufacturer sonnen. In January 2019, Shell announced the acquisition of Greenlots, an EV charging solutions company based in Los Angeles.

Shell announced in April 2020 that it intends to reach net zero by 2050 or sooner by selling more green energy to reduce its carbon emissions, so it has to invest in charging stations, as well as make other renewable investments if it’s to actually reach that goal. And it clearly is making investments in green energy and EV charging.

But there is still skepticism about Shell’s true motives (apart from the obvious one: profit). Is the company co-opting electric vehicle infrastructure in order to maintain a revenue stream to sell more gas? Or is it “greenwashing” – spending money to make it look like they care about moving into clean energy while still keeping fossil fuels at the center of their business?

In December 2020, Electrek reported that Royal Dutch Shell executives are quitting due to frustration with the depth and speed of the oil giant’s push into green energy.

Shell is due to detail how it will become a net-zero company in February in its strategy update, so perhaps that will shed light on whether the company’s push is genuine and tenable. After all, it’s getting pressure from everyone: its investors, environmental groups, governments, and even its own staff. In the case of the UK, it’s got no choice, with that 2030 EV deadline. So today’s news is good news, but we are looking forward to seeing Shell’s hopefully concrete big-picture plan in February.