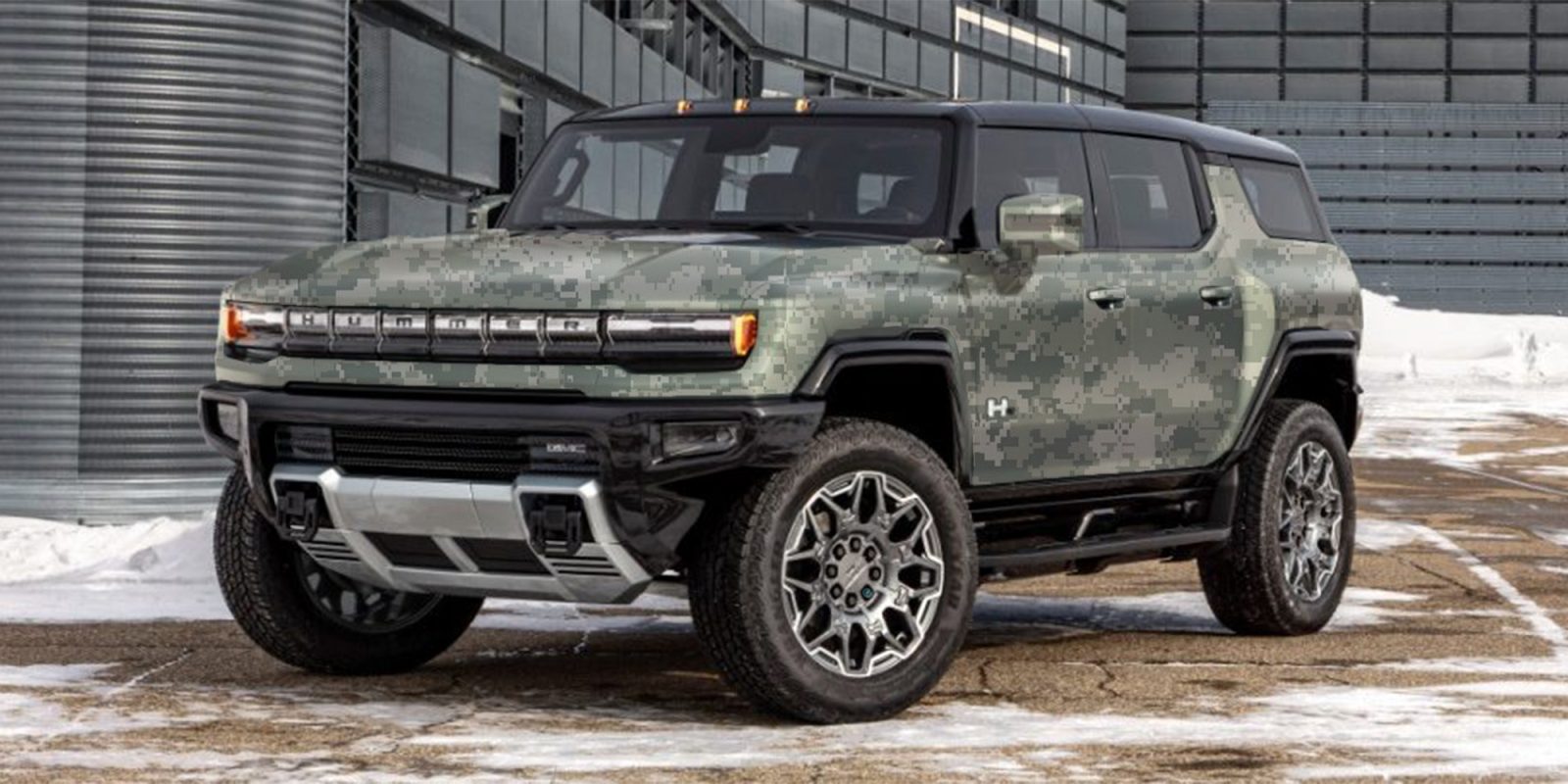 General Motors recently shared that it is speaking with the US military about building an electric Light Reconnaissance Vehicle (eLRV) prototype based off the GMC Hummer EV. The eLRV prototype planned for 2022 will be developed by GM Defense as a modified version of the Hummer EV, to fit US Army specifications. The move completes the circle started when the original Humvee was adapted from from a military personnel transporter to civilian gas guzzler at the end of last century.

The GMC Hummer EV is an electrified rebirth of the famed gas guzzler that last rolled off an assembly line in 2010. In the fall of 2020, the public was able to get eyes on the new electric Hummer and what it will offer when it arrives.

The Hummer renaissance will begin with a Pickup version, followed by a Hummer EV SUV in 2023. So far, we’ve seen the new Hummer tackle terrain by crab walking in traffic and off-roading through Moab, Utah.

GM Defense is the military mobility-focused division of General Motors that is spearheading the eLRV Hummer EV for the Army, with hopes that it will be chosen to provide EVs to future military programs.

GM working toward military eLRV based off its Hummer EV

According to a report from CNBC, GM Defense is planning to modify the GMC Hummer EV’s frame, motors, and Ultium batteries to create an eLRV that meets pending military specifications. Due to this fact, GM officials said the prototype probably won’t look much like the consumer version of the Hummer EV.

Rick Kewley, vice president of product development and advanced engineering at GM Defense, stated the company expects to begin assembling its Hummer eLRV prototypes for testing and military evaluation next year. However, the US military has to inevitably bite for these EVs to be manufactured.

As of May, the Army had reached out to 10 different companies including GM, about a potential eLRV. The Michigan based automaker responded by provided the Army with EVs to test out and determine design requests and potential solutions.

The next step will be for the military to deliver specifications for an Army-grade eLRV, so those remaining companies can produce prototypes.

From there, the military plans to select two companies to actually manufacture their presented prototypes. However, who those two companies may be is not expected to be determined until sometime in the mid-2020s.

Deputy Secretary of Defense Kathleen Hicks visited GM’s facilities on Monday, with a particular focus on GM Defense’s EV R&D. She reportedly said the DOD was “very sold” on the idea of using EVs in the military, but did voice concerns about the lack of vital charging infrastructure for EVs. On the plus side, Hicks did compliment the quietness of EVs in addition to their lower emissions.

It’s important to note that GM Defense is already in the business with the US military, having been awarded a $214.3 million contract from the Army last year for Infantry Squad Vehicles (ISVs) based off Chevrolet Colorado ZR2, an ICE vehicle.

Next stage will be to see a military prototype based off the Hummer EV in action.