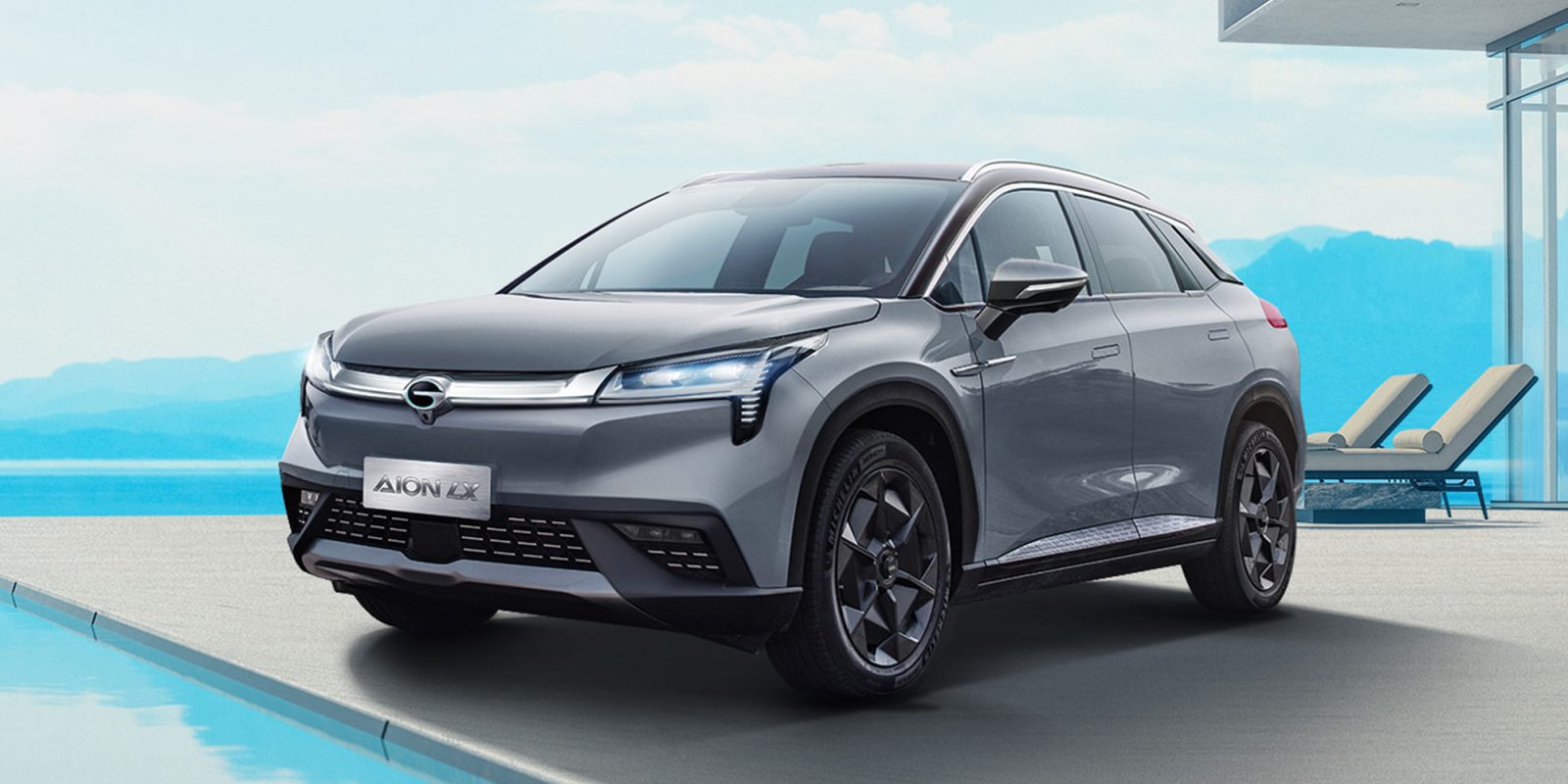 Chinese automaker GAC Aion aims to be one of the first in China to deliver a long-sought NEDC range of 1,000 km (~621 miles) with its new LX Plus electric SUV. The upcoming EV was recently processed through one of the final steps in China’s Ministry of Industry and Information Technology (MIIT), meaning it will soon be available to consumers overseas.

Aion is a zero-emission focused marque of Guangzhou Automobile Corporation (GAC) Group. Currently, the automaker sells five EVs in addition to the aforementioned electric SUV, including a standard version of the LX.

When GAC recently unveiled its Aion V Plus SUV – an upgraded version of the V with a faster charging battery – it promised to deliver 1,000 km of range. However, GAC’s website shows range options of 500, 600, and 702 km of NEDC range for the redesigned SUV.

The Aion V was used to showcase the automaker’s fast-charging charging technology at its most recent Technology Day. On a 6C charge multiplier, the GAC Aion EV delivered charging times of eight minutes for 0-80% percent and less than five minutes to charge from 30-80%.

Not to be outdone, Aion followed up with a 480 kW fast charger, vowing to implement these speeds throughout China. So far, however, only one 480 kW charger station exists in Guangzhou.

Aion’s latest revamp will be to the LX, and will feature the charging capabilities listed above alongside extended range – all within the same size battery pack as the current LX model.

According to a report from CnEVPost, Aion’s LX Plus EV has reached the product announcement phase through China’s Ministry of Industry and Information Technology (MIIT).

Product announcement is the final major regulatory process for a given vehicle to pass through before it becomes available to Chinese consumers.

The product announcement posted through MIIT’s website shares some new specs on the Plus version of Aion’s LX SUV. This includes a 144.4 kWh ternary lithium battery pack, offering an energy density of 205 Wh/kg and an NEDC range of 1,008 km (~626 miles).

What may be most interesting about the battery pack on the LX Plus is that it will deliver more energy and range in the same size pack as the current LX model.

The automaker plans to achieve this using its proprietary silicon sponge negative cell battery technology, which it unveiled to the public this past April.

According to GAC Aion, the silicon sponge technology allows for higher energy density, which can reduce the battery size by 20% and the overall weight by 14%.

By using the new technology in the Aion LX’s current battery pack volume, the electric SUV’s range is able to increase from 650 km to 1,008 km within the same footprint.

Concrete details and pricing should come during the Guangzhou Auto Show on November 19, where the Aion LX Plus is anticipated to be officially unveiled.

NEDC range is arguably the most slippery of certified range standards, but 1,000 km would be a feat nonetheless. Here in the States, we have been applauding Lucid Motors for achieving 520 miles of EPA range on the Dream Edition Range Air.

Aion is promising an additional 100 miles of range, and from a crossover SUV. 1,000 km is that pinnacle benchmark EV automakers have been climbing toward in China. Competitor NIO appears to have achieved it with its ET7 Sedan, but that EV uses a 150 kWh, semi-solid-state battery instead of a ternary lithium pack.

Do consumers need 620 miles of range? Most would argue no. Does 1,000 km look nice and clean in the marketing for a brand new EV in a wildly competitive Chinese market? Absolutely.

Much like its advanced charging stats, Aion is delivering public proof of concept of advanced EV technologies, even if it’s on a small scale to begin with. All eyes are on the Guangzhou Auto Show later this month.